A cleverly condensed history of horror 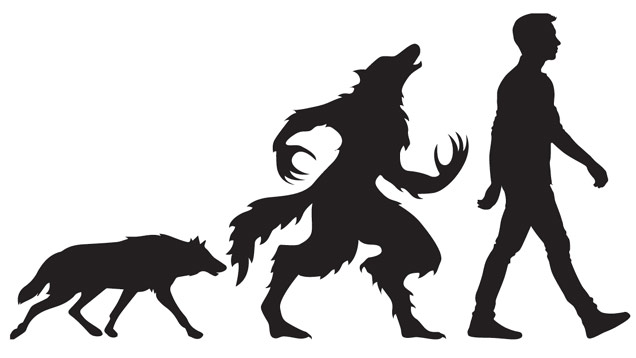 
The Halloween ritual can take on various meanings depending on what stage you may be at in life. As a child, Halloween is a favourite day when candy and costumes break the monotony of school; older kids prefer to take advantage of the evening's lax dress and moral codes, while the more responsible among us prefer to tend to the doling out of treats. No matter what mischief you may get up to on Oct. 31, one thing is for sure: you'll be in the mood to watch a scary movie.

For many, the viewing of a horror film is as seasonal an occurrence as the shameless wearing of battery-powered jack-o-lantern earrings. For others, quality horror films regularly satisfy specific appetites that miniature chocolate bars simply cannot. These are the viewers who crave the thrill of turning off the lights and confronting whatever demon may be lurking behind their television screens—the viewers who, consciously or not, sense that beyond the gore, screams, and visual mayhem, there is an extraordinarily profound message to be decoded, analyzed and thrust out into the open for all to see and gasp at. They aren't wrong.

Horror films first surfaced during the age of the silent movie, in the early twentieth century. Most notable among them is the first adaptation of Bram Stoker's Dracula in Nosferatu (1922), wherein actor Max Schreck famously conjured the Dracula character utilizing an eerily captivating technique. As part of the German Expressionist movement, the film's cinematography boasts sharp, distorted angles, heavy shadows with lives of their own, and dark, gothic makeup. In reaction to its own nation's horrors during WWI, films like Nosferatu and The Cabinet of Dr. Caligari (1920) were directed specifically to convey loneliness, isolation, torment and an overall disjointed view of reality.

Hollywood would later reference the style of these films in its own noir genre, but American horror films of the '30s tended to hinge more on adventure and entertainment than funnelling national angst with its own onslaught of monster movies (Frankenstein [1931], Dracula [1931], The Mummy [1932]). After the success of 1931's Dracula starring Bela Lugosi, director Tod Browning was one of the first to deviate far from convention and truly startle audiences with Freaks in 1932. The plot, revolving around vengeful circus performers, called for the use of actors with real deformities from actual circus sideshows throughout the United States. Although the film was subsequently banned for a number of decades, and still generates mild discomfort to this day, it is one of the earliest examples of an American horror film exposing social inequities and prejudices against what were at the time perceived to be social “others”.

As Hollywood was establishing its own foothold in horror, European directors continued to create films whose style and content was inspired by the wartime climate. Italian film was especially impacted after WWII, spurring on a boom in highly stylized gothic horror films during the '60s. Mario Bava's Black Sunday (1960) is perhaps the best example as it showcases the vivid set designs and intense performances that would become the hallmark tropes of oncoming Italian horror. Telling the story of a beautiful princess becoming possessed by an evil witch, the movie also purports underlying anxieties connected to female sexuality and its supposed duality.

Mario Bava went on to direct increasingly violent movies, with much of the aggression directed at female victims and visibly sexual characters. In context of the time, this content was an afterthought to Bava's striking sets, colours, practical effects and intriguing mystery-driven plots. In 1964's Blood and Black Lace, a masked man follows beautiful women before taking them to an early grave. This film is now widely regarded as one of the major works in the Italian giallo genre, whose evolution can be traced to films like Sergio Martino's Torso (1972). With their sexual content and stalker POV sequences, giallo films were major forerunners to American slasher movies of the ‘80s.

While films like Dario Argento's ballet-school nightmare Suspiria (1977) moved Italian horror into yet another stylish and unique direction, American audiences were only just beginning to receive imports from the previous decade. With the rare exception of movies like 1968's strange and unusual incest-themed horror Spider Baby, American horror had generally been entrapped in a rut of one hilariously bad monster movie followed by the next. But with the inspiration of giallo, the slasher film took full flight as it integrated Italian violence with American settings.

Tobe Hooper's The Texas Chain Saw Massacre (1974) cut through the sentiments of American audiences with its portrayal of a degenerated Southern family clinging to long-dead patriarchal family values. To add insult to injury, the doings of the family's son, Leatherface, are based off of actual crimes by serial killer Ed Gein, thus making the horror of the film all the more alarming. The fusion of reality with fantastical horror continued on the American tradition with supernatural slasher A Nightmare on Elm Street in 1984, where the waking terror of adolescence was amplified by the threat of Freddy Krueger's dream stalking. At this point in time, American horror had finally mastered its own special formula of pinpointing the scariest elements of social membership and highlighting them through the use of blooddrenched metaphor. A fine example of this can be seen in George A. Romero's Dawn of the Dead (1978), where consumerism and zombie-ism are depicted as interchangeable conditions.

It was this same formula that was applied to the American remake of The Ring in 2002, where a mother's own feelings of guilt and detachment for her child were personified as a vengeful viral video ghost. In spite of The Ring's massive resonation with audiences, it demarcated the sudden shift in American horror from metaphorical storytelling to the found-footage phenomenon that pervaded theatres following the unprecedented success of Paranormal Activity (2007). In conjunction with the increasing trends within digital media, the film hit a nerve with audiences hoping to see horror displayed as authentically as possible. Unfortunately, the supply of these films quickly surpassed the demand, as the horror genre was suddenly rife with movies in the found-footage category.

Thankfully, traditional story- telling devices have made resurgence with the production of films like Insidious (2011) and The Conjuring (2013). Although these films do not touch as deeply upon social issues as their predecessors, mainstream audiences are nevertheless invested in horror films that question the nature of this reality and the potential of an afterlife beyond it.

Bad horror films have been made for the same amount of time as any other bad movies, yet horror movies have been staked with an especially negative rep thanks to directors who exploit the genre's imaginative and creative flexibility. Nevertheless, there are multitudes of great horror films just waiting to be unearthed. Being scared can be fun, and it can also be a useful tool for practices in critical thinking. Even if watching year-round isn't your thing, you should treat yourself at least once a year, and what better time than now?