Indies With Allie: The hidden messages in Room 237 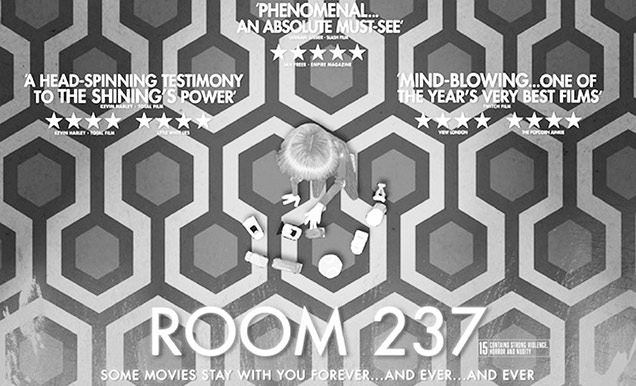 The Hyland Cinemas theatre (240 Wharncliffe Rd. S.), on the border of Old South, is one of London's greatest underappreciated features. In a city that is rapidly losing any and all historical charm that it once used to carry, there are very few spots left that are “old school,” “vintage” or otherwise “back in my day.” There's the old city hall, of course, the Covent Garden Market, Eldon House, and a handful of other gems to be found, and I have to say that the Hyland Cinemas are at the top of that list — at least for me.

It's an old school theatre in every way possible. The seats are all on the floor, slightly tilted, but still flat enough that you hope you don't end up sitting behind anyone too tall; there is a curtain that parts across the screen when the movie is about to begin; and the concession stand serves only popcorn, candy and soda.

There is also something nostalgic about the type of movies that play at Hyland; they're not the mainstream movies you'll find at all the Cineplexes or Empires, but rather the independent, off the beaten path, underground flicks that are made with love and passion, rather than millions of dollars of studio funds.

So, without further ado, I will be bringing you a sneak peek inside of the Hyland every week, starting with an insightful little documentary that showed recently at Hyland and can be found on Bluray and DVD called Room 237.

Every once in a while, a movie will come along that sprouts all kinds of wild conspiracy theories about “what it really means.” Stanley Kubrick's The Shining is one of them. Evidently, this spine-chilling thriller, based on the even more terrifying novel of the same name by Stephen King, is not really about a man in a haunted hotel who goes crazy, but rather it is about any number of macabre atrocities, depending on who you ask.

Rodney Ascher, the director of Room 237, asks that question and receives a variety of disturbing responses. Some people claim that The Shining is really about The Holocaust, while others think at its roots the film is about the massacres of Native Americans during the Colonial days of America. Others still think that the movie is referencing the Apollo 11 moon landing.

And what does Ascher think? In Room 237, the man behind the camera stays quiet about his own opinions on the flick, something that any good documentary director should do. He instead lets the fans, or should we call them conspiracy theorists, tell their stories and share their thoughts on the matter. Though they make no appearances in the film, these theorists can be heard explaining what they think, while clips from The Shining are played on screen.

To his credit, Ascher does not promote any one theory over another, instead giving them each their own time on screen to make their case. By the film's end, the director does not try to make up your mind for you, or tell you which theory you ought to believe. That part he leaves up to you.

All in all, Room 237 is a really well-rounded documentary. It was received well by the critics at both Cannes and Sundance, and for good reason. Room 237 is one of those movies that doesn't really tell you what to think, it just gives you the options, makes a case for each, and then leaves you to your own devices to figure it out for yourself.

I highly recommend anyone who is a fan of The Shining, or just a good old documentary lover, check this one out!

Chat With Nat: Making the move from friends to more than friends