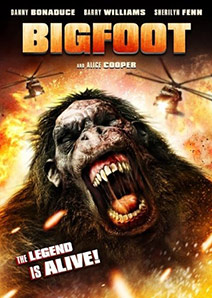 Not only do I love films, but I am also quite fond of the Earth. A few years back, Al Gore released a film that first alerted people that our environment might be in for some tough times in the future. I can't recall what the title of that film was — I want to refer to it as National Lampoon's Christmas Vacation 2: Cousin Eddie's Island Adventure, but I'm not sure that is correct.

I try to do my part to help out Mother Nature. Each and every one of the 15 water bottles I consume on a daily basis goes into a recycling bin. Speaking of recycling, I often recycle jokes for use in my articles. In several of the bathrooms here at Fanshawe, there are stickers on the paper towel dispensers that state that one less turn of the knob saves 85 trees. By taking it one step further and not washing my hands, I have singlehandedly saved 25,000 trees in the past few months. You're welcome. Most importantly, I have never once clubbed a baby seal. It just doesn't seem right to me — a baby seal has a whole life ahead of it to spend sitting around, eating fish. That's why I only target adult seals that have already experienced this joy.

There is one creature I will never club, though, and that is the majestic Sasquatch, a.k.a. Bigfoot. This elusive beast is the subject of the film I will be taking a look at this week, the appropriately titled Bigfoot.

Several of the biggest stars in television history team up for an adventure that features a predominant environmental theme. Harley Anderson (Danny Bonaduce of The Partridge Family) and Simon Quint (Barry Williams of The Brady Bunch) are two former band members who had a falling out after they allegedly slept with each other's mothers. Anderson is planning a big concert in their hometown of Deadwood, South Dakota, headlined by Alice Cooper (who makes a cameo). Quint is a dedicated treehugger who opposes the idea of holding the event in a park — partially for environmental impact reasons, and partly due to the grudge he holds against his former friend.

The concert goes ahead, and it turns into the biggest disaster since Celine Dion covered AC/DC's “You Shook Me All Night Long.” The residents are enjoying some classic rock when Bigfoot shows up and brings death and destruction with him.

Anderson then embarks on a mission to murder Bigfoot, but once again his nemesis Quint stands in his way. Quint is willing to risk both his own life and Anderson's to save the last of the Bigfoot species. The two engage in a thrilling battle of wits and strength that would make for fascinating viewing even if a Bigfoot wasn't involved. But the old adage is true, add a Bigfoot to any story, and it instantly becomes as least three times as enjoyable.

Bonaduce and Williams are both terrific in these roles. It is nice to see that some 40 years after their big breaks, they are still being given top billing in major motion pictures. Let's see if Channing Tatum and Robert Pattison can obtain that kind of longevity. Two other major television stars round out the cast. Sherilyn Fenn (Twin Peaks) plays a sheriff who tries to maintain the peace while Anderson, Quint and Bigfoot run amok. Also appearing is Howard Hesseman, best known as Dr. Johnny Fever from the classic sitcom WKRP in Cincinnati. This small-screen dream team come together to tell a very big story.

Normally I would encourage you to drive to your local video retailer and pick up a copy of Bigfoot. But this week I will encourage you to try to reduce your carbon footprint, and catch the film on Netflix, or on Space, where it is shown regularly. All the gas, plastic and cardboard that would be required for you to pick up a physical copy just can't be good for Bigfoots.
Movies Movie reviews

Reel Views: Have a prehistoric good time with The Croods