McGee's Movie Moments: Why hosting the Oscars is an impossible gig 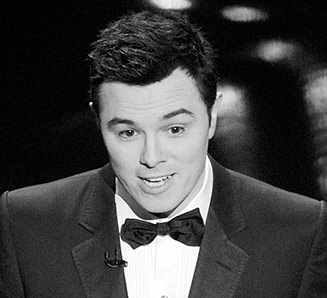 CREDIT: ABC
Seth MacFarlane was slammed for his performance as host of the Oscar awards ceremony last month.

Can you imagine how good it would make you feel if you were personally asked by the Academy of Motion Picture Arts to host their annual awards show, better known as the Oscars? Now can you imagine how bad it would feel to have those same people, and the critics who support their work, calling you a terrible host in a thousand different ways? Well, folks, in a nutshell, that's what hosting the Oscars is all about.

A couple of years ago, Anne Hathaway and James Franco cohosted the show. Hathaway was more or less approved of by critics, though the most that they could really say was that she was better than Franco. They called him things like “awful” and “horrible.” In this case, though, Franco was just being himself. He wasn't acting a part, he wasn't in a movie, he was letting his own personality come through during a live show. Apparently that's not good enough.

A few years before that there was Jon Stewart. He was one of my all-time favourite hosts. The critics panned him for being too Jon Stewart-ish. Essentially they disliked him for the same reasons they disliked James Franco. The two men were simply being themselves on screen. Stewart, of course, made political comments and snide remarks about conventional things, but that's what he's known for. The critics did not approve.

Ellen DeGeneres was panned for being shy and awkward. Well, awkward is kind of what you get when you ask for Ellen. David Letterman was panned for using too much late night-style humour. Well, of course he did; he is a latenight talk show host. The list goes on and on.

And then you have this year's ceremony hosted by Family Guy creator Seth MacFarlane. I'll bet you can guess why the critics didn't like him. Yep, because his humour was too crass and his jokes, like the one about Chris Brown and Rihanna's date night, crossed some lines. I think MacFarlane (and all the “bad” hosts who came before him) was completely justified. He was asked to host a ceremony because of his personality, so he let it all out, and then he was slammed for that same personality.

Hosting the Oscars is a tough gig. The industry likes to stick with what it knows and what it is already sure it will like. This is undoubtedly why Billy Crystal has hosted no less than 10 ceremonies. Crystal is the Oscar darling, even though viewers have come to find his jokes tired.

The critics like what they like when it comes to the Oscars, and unfortunately nothing is going to change that anytime soon. Hosting the Oscars has got to be one of the most stressful, impossible jobs in the industry, and I give kudos to anyone who takes that risk nowadays.