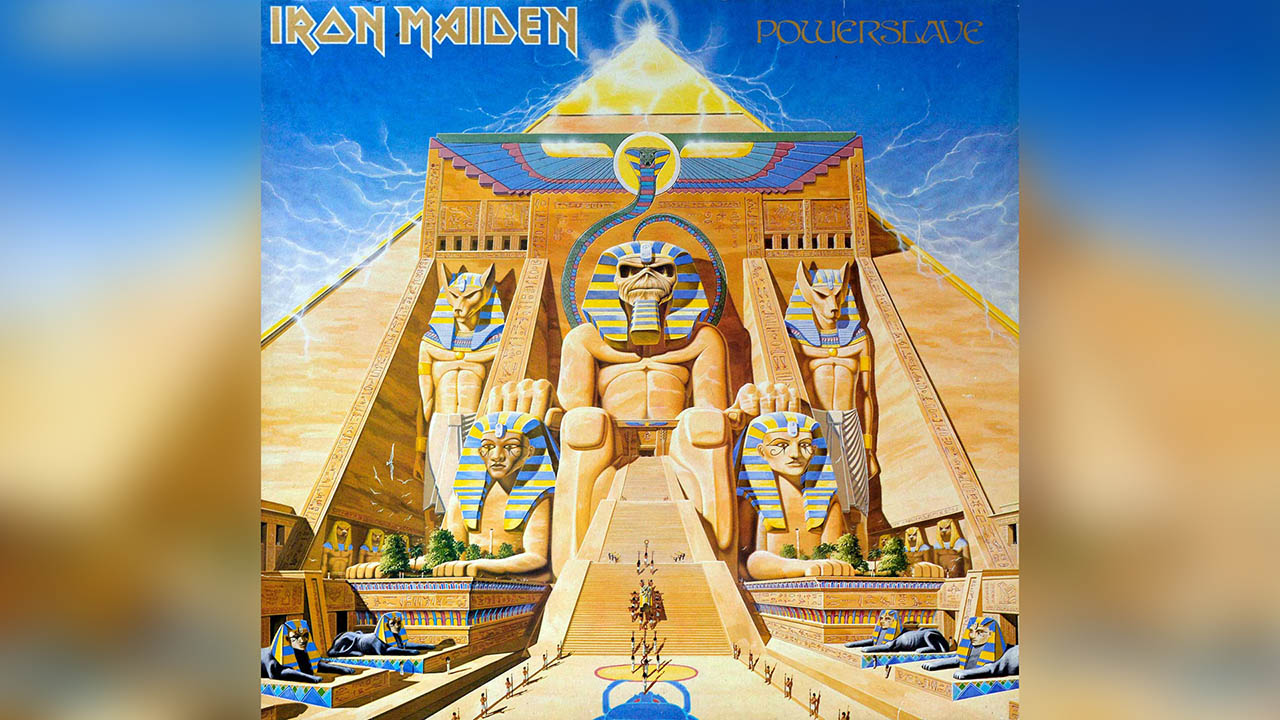 CREDIT: EMI/CAPITOL
Iron Maiden's fifth album Powerslave is not only one of the band's best albums, but one of the best metal albums ever made.

Usually I try to theme these reviews around the issues that they come out in. For example, American Psycho for the Finance issue, or OK Computer for the tech issue. Sometimes, theming is difficult. This issue is one of those times. So, to hell with the theming! We’ll be taking a look at one of the greatest metal albums ever made, Iron Maiden’s 1984 magnum opus, Powerslave.

First off, what a title. Album titles should tell you immediately what you’re in for, and Powerslave, with that title and cover art, lets you know exactly what you’re in for. Second, no Iron Maiden album is truly bad. The worst of them is a 6/10 at least, they’re all reasonably enjoyable in some regard. Powerslave, however, is a masterpiece for not only their discography but the metal genre on the whole.

The riffs are all instantly iconic and recognizable. The opener, “Aces High,” is filled with them, from the opening, to the pre-chorus, to a kick-ass guitar solo, but is that surprising from a band that’s legendary for its solos? The song is particularly high energy, which is appropriate, as it is from the perspective of a Royal Air Force pilot during the Battle of Britain.

“2 Minutes to Midnight” is also a favourite, with another amazing riff kicking the song off. In my opinion, this is the song that defines Iron Maiden. It’s got the guitars, the bassline and drums that keep it all together, and Bruce Dickinson’s always amazing vocals, combined with lyrics that talk about the Doomsday Clock and how we’re simultaneously repelled and fascinated by war. It’s a perfect microcosm of the band and the music they make.

Iron Maiden’s goal was always to paint a picture with their songs, through their lyrics and music. “Flash of the Blade,” for example, is about a man who grew up pretending to be a legendary hero and actually ends up being a hero who gets justice for his murdered family. The music is heroic sounding, to go along with our hero’s journey from child to master of the blade.

The two final tracks of the album are the real highlight for me. The title track “Powerslave” starts with this amazing Egyptian style riff that just continuously chugs along. The song is sung from the perspective of a dying pharaoh, asking why he has to die, asking why he’s a “slave to the power of death.” There’s an amazing two-minute guitar solo, with the two guitarists of the band Dave Murray and Adrian Smith swapping twice over the course of it, which they did often. Not only is this one of the best songs on the album, it’s one of the band’s best songs period.

The album wraps up with “Rime of the Ancient Mariner,” a musical re-telling of the poem of the same name. The song is a staggering 13 minutes and 45 seconds long, the band’s longest song until the 18 minute “Empire of the Clouds” off their 2015 album The Book of Souls. Tempo changes throughout the song keep it interesting, as a 13-minute poem retelling doesn’t exactly sound like a great metal album closer. There’s even an interlude where most of the instrumentation drops out and the poem is directly recited. It could have failed in spectacular fashion, but it completely works. It’s a fantastic song overall and closes out the album really nicely.

Powerslave is a classic in the truest sense of the word. It’s a standout album in the metal genre, inspiring countless other bands and consistently ranking highly on all-time lists. If you haven’t listened to this one, you’re really missing out.
Editorial opinions or comments expressed in this online edition of Interrobang newspaper reflect the views of the writer and are not those of the Interrobang or the Fanshawe Student Union. The Interrobang is published weekly by the Fanshawe Student Union at 1001 Fanshawe College Blvd., P.O. Box 7005, London, Ontario, N5Y 5R6 and distributed through the Fanshawe College community. Letters to the editor are welcome. All letters are subject to editing and should be emailed. All letters must be accompanied by contact information. Letters can also be submitted online by clicking here.
Interrobang Rewind Metal Music Music Review

1
Cultural almanac for 2023
2
How Taylor Swift shaped the path for young female artists
3
Interrobang Rewind: Pinkerton — Weezer
4
Answering the greatest musical question of all time
5
Say it with a bang submission: Why Dogrel by Fontaines DC is my favourite album of all time

Ontario Works doesn't work for people too poor to work

Lessons from Lady Elizabeth of Marburg