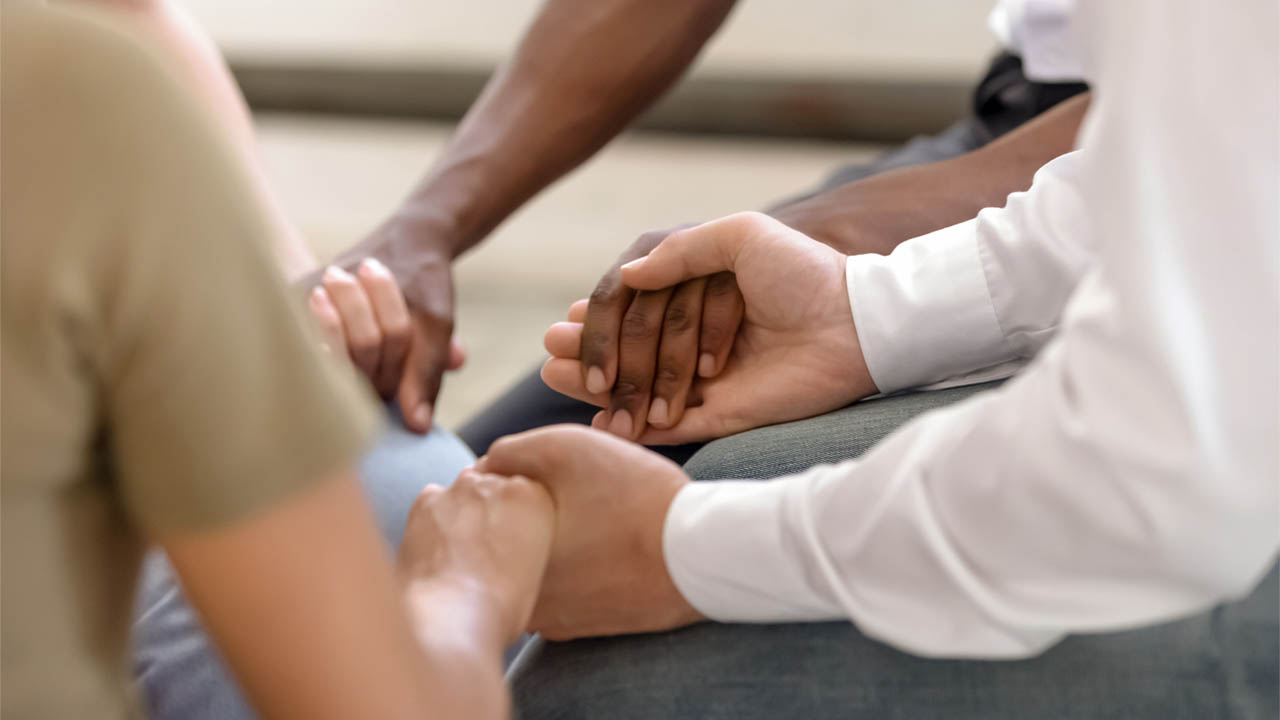 CREDIT: FIZKES
The relationship between faith and mental health is much more complex, and I would say, hopeful.

People who think about the relationship between religious faith and mental health point out that if someone believes in a punitive or angry God, he or she will be more likely to develop anxieties or become an angry person. Or, someone who believes in a far away God might become prone to detaching themselves from the real world as their interest in heavenly things and a future afterlife grows. They could become a little out of touch with ordinary thinking, and ordinary people. For those who feel no attraction to a God, these potential negatives about religious faith are enough to scare them away from any consideration of faith or the spiritual.

However, the relationship between faith and mental health is much more complex, and I would say, hopeful. This is affirmed in a number of studies and in many articles. See for example a short article, God Help Us? How Religion is Good (And Bad) For Mental Health, in Live Science Newsletter.

For the rest of this column, I will be focusing on the impact of Christian faith on mental health. I leave it to others who have a non-Christian approach to life to describe how their world view or faith makes a difference to mental health.

And also, before I continue: I don’t regard it very useful to lump all “religions” into one basket. Secularism, materialism, Marxism, feminism, socialism, atheism (ironically), and any number of other “isms” tend to be held with religious conviction. In addition, the differences between what are usually called “religions” are often downplayed. In my experience, even though different “religious” world views and ways of life address similar questions, the differences between them are substantial, and not able to be reconciled.

What then of the relationship between Christian faith and mental health? I myself grew up in a small Christian denomination called the Christian Reformed Church. It was brought to Canada by the waves of Protestant Dutch immigrants who came to this country after World War II.

Early on I learned that the Christian faith is more than faith. It is also community. And it is a way of life. Here then are some of the ways that the faith, the community, and its way of life have positively impacted my own life.

For one thing, as I was growing up, each Sunday morning I would hear some version of the message that there is one God and it wasn’t me. This, I think helps keep a person humble and properly oriented. It would be excellent if this message were more broadly heeded, say for example, by Vladimir Putin, or ego-centric celebrities, our family members, and our own selves. Knowing one’s place can keep us from false pride, from anxiety that we have to get things right, and from hostile relations among family members.

I also heard, each week, some version of the message that I must “love my neighbour as I love myself.” It is impossible to underestimate the positive impact of this teaching on mental health. It is rooted in the explicit teaching of Jesus Christ, and is echoed elsewhere. Its impact has been great on cultures where historically Christian theologians and philosophers have had a hearing. Doing good for others has a strong effect on a person’s sense of identity and purpose. And, of course, it has an immeasurable impact on the people for whom the good is being done, such as those being rescued in the wake of hurricane Ian.

Then there is the transcending of fear. Christians are taught that they have access to the living God by way of prayer. This does not mean that all tragedies are prevented or that Christians don’t experience fear. But it does mean that fear is much less a factor in the life of the believer because he or she understands that God may indeed send help, and that even if no help is readily seen, it may well be coming, though hidden for the moment.

One fear alone is worth mentioning: the fear of death – the fear of ultimate annihilation and the non-resolution of most pain and injustice. All people die, including Christians of course. However, at every Christian funeral, the mighty words of Jesus Christ concerning death are read. “I am the resurrection and the life. The one who places their trust in me will live, though they die” (I may be paraphrasing a little). These words are backed up by the stories of half a dozen or more (temporary) resurrections in the Jewish and Christian Bibles. They are supported even more strongly by the multiple accounts of the discovery of the empty grave of Jesus and by the even more multiple accounts of his post-death appearances.

The list of Christian-based positive influences on mental health is too long to complete here and would require a book, at least. One more should be mentioned because of its significance. And that is the Christian assurance of the forgiveness of sins. When someone embraces the Christian faith, an awareness of personal wrongdoing comes with it. Christians, however, are not meant to wallow in self-judgement. Nor are we fated to be imprisoned by the judgementalism that saturates the online world. With Christ, all is forgiven.

A young man in custody once asked me, Chaplain Mike, “Does God forgive people who have committed murder?”

“Yes,” I said. God’s forgiveness is there for the sincere asking because the price for our sins has already been paid.

Perhaps you will write that book or develop a blog to cover the subject of this article. If you do, you may be able to teach us more about the positive impact on a person’s mental health of youth group gatherings, adult worship, prayer, church camps, communal singing, the valuing of the creation, and the Christian virtues.
Editorial opinions or comments expressed in this online edition of Interrobang newspaper reflect the views of the writer and are not those of the Interrobang or the Fanshawe Student Union. The Interrobang is published weekly by the Fanshawe Student Union at 1001 Fanshawe College Blvd., P.O. Box 7005, London, Ontario, N5Y 5R6 and distributed through the Fanshawe College community. Letters to the editor are welcome. All letters are subject to editing and should be emailed. All letters must be accompanied by contact information. Letters can also be submitted online by clicking here.
Anxiety Mental Health Religion

1
Slightly more normal: Being a bipolar student in my 40s
2
Mental health stigmas exist in cultural and ethnic communities
3
Human Creation Stories, from Rabbit Boy to Adam
4
Mental health amid the Ukraine and Russia war
5
How chess can benefit mental health