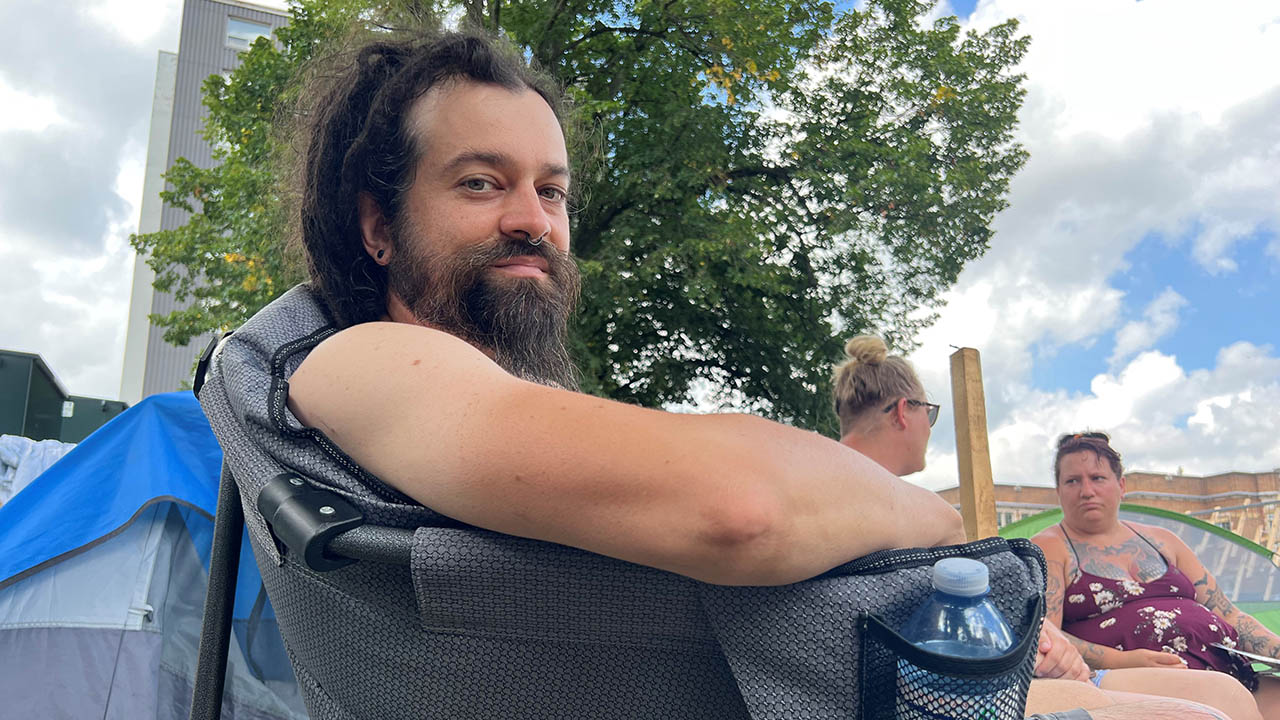 CREDIT: DEE-DEE SAMUELS
"I am willing to go as long as necessary to see meaningful change implemented," Dan Oudshoorn said.

It’s day four of the hunger strike taking place outside City Hall. Dan Oudshoorn said he is down almost 10 pounds, going from 185lbs, to 175lbs in just three days, battling extreme weather conditions with temperatures teetering around the 30-degree mark nearly every day. On Thursday, The Forgotten 519 tweeted that Oudshoorn was feeling tired but mentally strong.

Today, he once again reiterated the purpose of the hunger strike.

“I’m doing this because many people I know and love, both who have been deprived of housing and who are working on the front lines have experienced monumental harm over the last few years and it’s worsening,” Oudshoorn said. “I take my commitment to care for others very seriously. I have tried every other angle I could possibly think of to be responsible and caring in that way and this just felt like the only avenue left.”

The Forgotten 519 has been getting letters of support on social media platforms, and an open mic event in front of City Hall was held Thursday night where artists, musicians, and spoken word performers were encouraged to come out and show solidarity.

At 1 p.m. Thursday, The Forgotten 519, frontline staff, and other agencies serving the unhoused population of London sat down at the table with the City to negotiate, stating they will remain there until they come to a solution.

Today, Oudshoorn sat calmly and contemplative in his lawn chair outside City Hall, surrounded by wooden crosses representing those who have died on the streets of London.

“I am willing to go as long as necessary to see meaningful change implemented,” Oudshoorn said.

The Forgotten 519 released a statement on Twitter early this morning that stated, “We have made progress and are very hopeful we can achieve a consensus today.”

The last tweet from City Hall was made on Aug. 2, stating that it was thankful to The Forgotten 519 for the “bright and sombre light they are shining on the tragic outcomes that have faced some of London Ontario’s most vulnerable people. They have inspired some difficult but critical conversations. Collectively we can do better.”

As of 4 p.m. on Aug. 5, no resolution has been announced.
Activism Homelessness London City Hall London News The Forgotten 519

Hunger strike over as city and advocates reach agreement