Just one week after the Holy Roller made its way back to Victoria Park following restoration, it was vandalized. It happened immediately after 24-hour security was removed from the park following a D-Day event. The person responsible took an angle grinder to the top of the tank. The 1st Hussars were in the park for a ceremony and witnessed it happening. They were able to report the person to police.

“It’s unfortunate,” said Gary Cambridge, lead of the Fanshawe College tank preservation team. “Very disrespectful. I liken it to no different than going into a cemetery and kicking over gravestones. It’s the same amount of disrespect.”

Although there was an estimated $6,000 in damages, Cambridge was glad it was only a minor fix. On June 14, the 1st Hussars sanded and repainted the damages.

“Any damages done to the tank at this point, the city contacts the 1st Hussars. There’s an agreement between the regiment and the city, so it falls upon Sergeant Smith’s shoulders to come down, assess the damage, and then reach out to the crew that did work on it so we can provide some technical advice if needed.”

According to the London Police media release for the incident, Shaun Alfred Collins, 44, has been charged with mischief to a war memorial. He is expected to appear in court on July 18 for the charge. 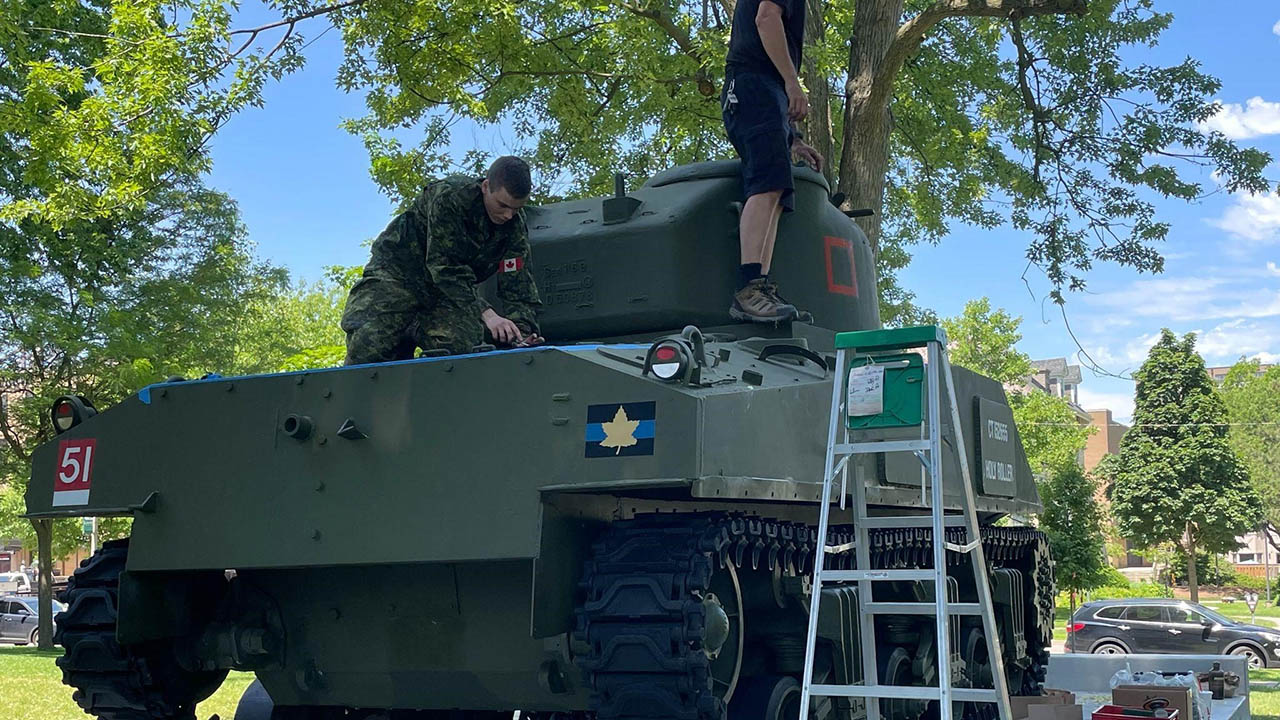 “Keep in mind that the tank is not a machine of war,” said Cambridge. “It is here as a memorial to the people who lost their lives, who gave their lives, so everybody can have their own opinion. The people who lost their lives provided the basis of our society today. So it’s a memorial to them, to the current serving individuals in the military, to the future, and to the citizens that support that. Be respectful, treat it like it’s your own, treat it better than that.”