Helen Keller and ableism on TikTok 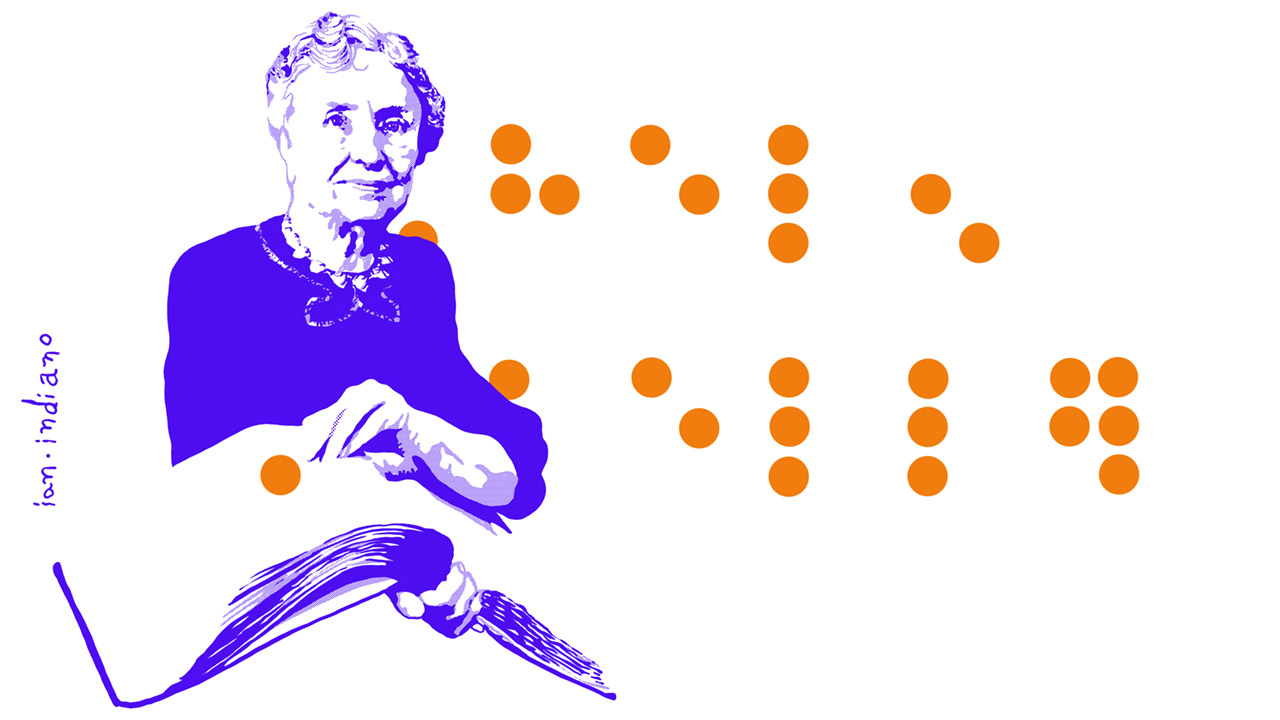 CREDIT: IAN INDIANO
When she was 19 months old, Keller lost her sight and hearing after a bout of illness. That didn't prevent her of becoming an accomplished writer, disability rights advocate and lecturer.

Recently, I found myself in one of those usual YouTube rabbit holes we all fall in to from time to time. This time I was trying to find videos of Helen Keller, the late American author and activist. She died in 1968 at 87, and unfortunately there isn’t much footage of her available, or at least not on YouTube. When she was 19 months old, Keller lost her sight and hearing after falling victim to an illness. That didn’t prevent her from becoming an accomplished writer, disability rights advocate and lecturer.

It was with great surprise, however, that during my research I bumped into a video allegedly debunking the “fraud” of Helen Keller. I thought it was a bad joke at first; after all it never occurred to me that Keller’s accomplishments were questionable in any way, given the fact that they are so well documented. But I was wrong. The more I investigated it, the more videos I found claiming that Keller was a charlatan. And after researching a bit more, I found out that the main source of this confusion was TikTok.

What might have begun as a joke, evolved into a proper conspiracy theory. If you search #HelenKeller on TikTok, most of the videos show teenagers spreading misconceptions about history and even doubting that Keller was even real. Most of the comments are simple manifestations of the worst kind of ableism (the discrimination of and social prejudice against people with disabilities) and are based on the shallow idea that “a deaf and blind person is not capable of doing that.” Although Gen-Z plays with irony in a way that anyone who’s not a member of Gen-Z finds difficult to follow, when it comes to discrimination, the line is not so fine anymore.

To give a little bit of context about Keller’s life, we must start from the beginning. She was born in Alabama in 1880. After she lost her hearing and sight, she communicated through rudimentary signs invented by herself until the age of seven, when she met Anne Sullivan at the Perkins School for the Blind. Sullivan taught Keller how to communicate using tactile hand gestures and understand spoken language through the Tadoma method, and later how to speak. Keller then learned how to read and write in braille and ended up attending Harvard. Keller wrote 12 books, including an autobiography, and many essays and lectures. She travelled the world extensively, campaigning for civil rights. She was close friends with Alexander Graham Bell and Mark Twain. Her book on socialism was burned by the Nazis, but to this day she remains an inspiration and a symbol of hope.

Although TikTok removed many of these videos, many are still available. This trend might be shocking, but it shows that many people, including youth, still have wrong ideas about disability and how we, as a society, still have a long way to go if we want to construct a truly inclusive world.

To learn more about deaf-blindness, I recommend checking the DeafBlind Ontario Services’ website (deafblindontario.com). They provide an array of services to people who are deaf, hard of hearing, non-verbal and deafblind across Ontario.
Ableism Deaf-blindness

Growing into your roots