Lower your expectations: The truth about New Year's resolutions 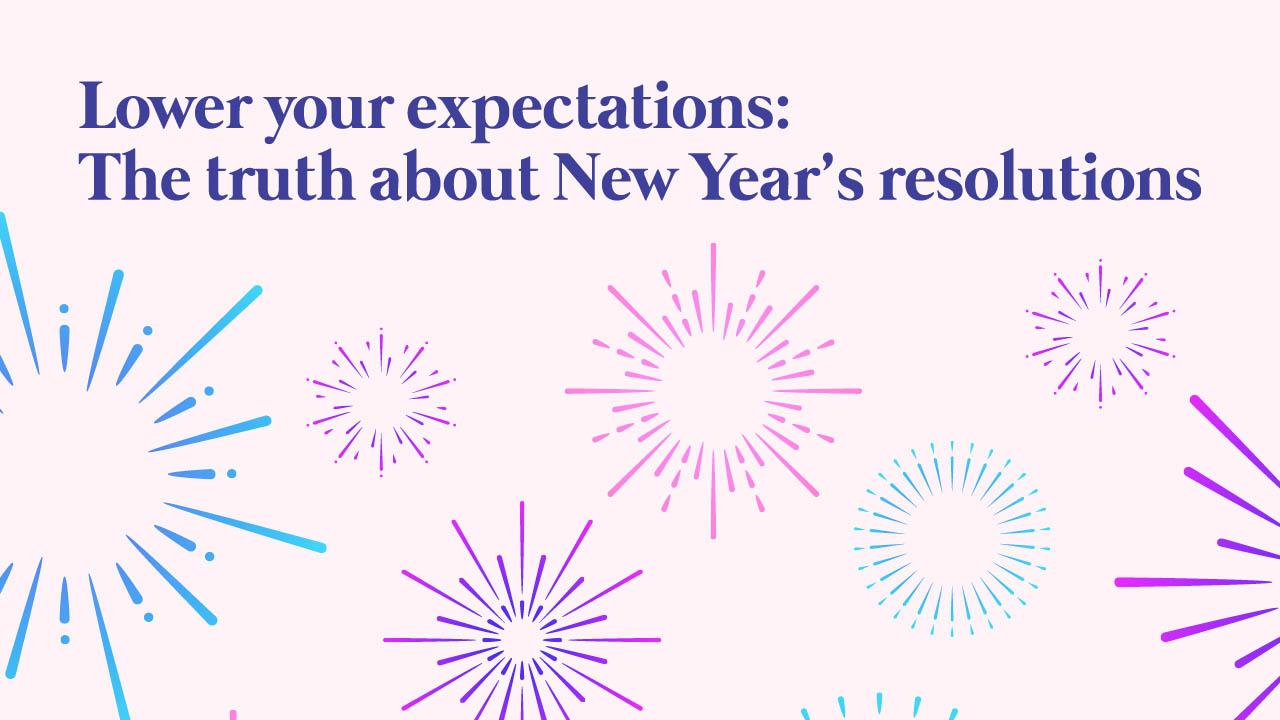 “I promise myself to drink less this New Year. And quit smoking. And to keep the New Year’s promises.”

These words of the main character from the beloved film Bridget Jones’s Diary are familiar to everyone. How many times at the end of December parties have we assured ourselves that we’ll leave all our bad habits in the past? But for some unknown reason, we never manage to keep our word. Good intentions are commendable, but not when the desire for excellence makes us stressed. The more expectations we create for ourselves, the higher the possibility there is that we might not reach our goals. Let’s talk about why the beautiful tradition of starting the New Year from scratch is more harmful than good.

The tradition of making New Year’s resolutions goes back to antiquity: it is known that the inhabitants of Babylon took oaths to the gods at the beginning of each year. This custom also existed in ancient Rome during the reign of Julius Caesar. A religious parallel can be found in the scriptures of early Christians, who asked the higher powers to give them peace and humility. Today, the tradition of New Year’s promises is practiced around the world and goals vary depending on where you live. So, in 2012, the “Zeitgeist” project organized by Google Maps invited users to share their New Year’s resolutions and a kind of map was then compiled based on the results of the survey. It turned out that people from North America are predominantly concerned with health issues, Indian residents dream of a prestigious career, and Europeans most often promise themselves to improve their education.

Anyone who could not keep their promises is tormented by the question: are there people who really do what they set out to? According to a 2012 Clinical Psychology study, about half of Canadians follow the tradition of making themselves New Year’s promises, and only eight per cent of them make their dreams a reality. The end of the holidays is the most dangerous period. A study by the social networking site Strava found that Jan. 12 is the day most people give up their New Year’s vows.

As a result, unfulfilled New Year’s promises can lead to feelings of anxiety. People constantly feel that they are not using the full potential of their inner resources. Psychologists call for no ambitious goals in the beginning of the year. In case of failure we feel much worse than at the beginning of the journey.

The pressure we feel in trying to keep promises is amplified by social networks. Once we share our New Year’s resolutions with friends or family, the responsibility increases dramatically. But idealized pictures of someone else’s life have nothing to do with reality.

Formulate resolutions thinking about your values. By focusing on the positive points, we can better assess the impact these promises will have on us and other people.

For example, if kindness and compassion are your true values, then your New Year’s promise should be something that will bring you closer to people around you even more. For example, promise to help friends more and be a volunteer. And then it will work on its own, without even any effort.

Nobody says that making promises to ourselves are empty, but they must be accompanied by realistic deadlines. It is not necessary to get rid of a bad habit in one day. It’s way better to focus on the long term ideas.

All the changes should be gradual, and we should not be upset if they do not come as quickly as we would like. Even Bridget Jones did not cope with her desires to drink alcohol and smoke, but, in the end, she found something much better.
Goals New Year's Resolutions

1
Hit the reset button!
2
You do not have complete control over your life and that's ok
3
For Gouda luck In 2022, celebrate with charcuterie boards
4
The story of "Auld Lang Syne"
5
Psychic readings for 2022

The story of "Auld Lang Syne"