The story of "Auld Lang Syne" 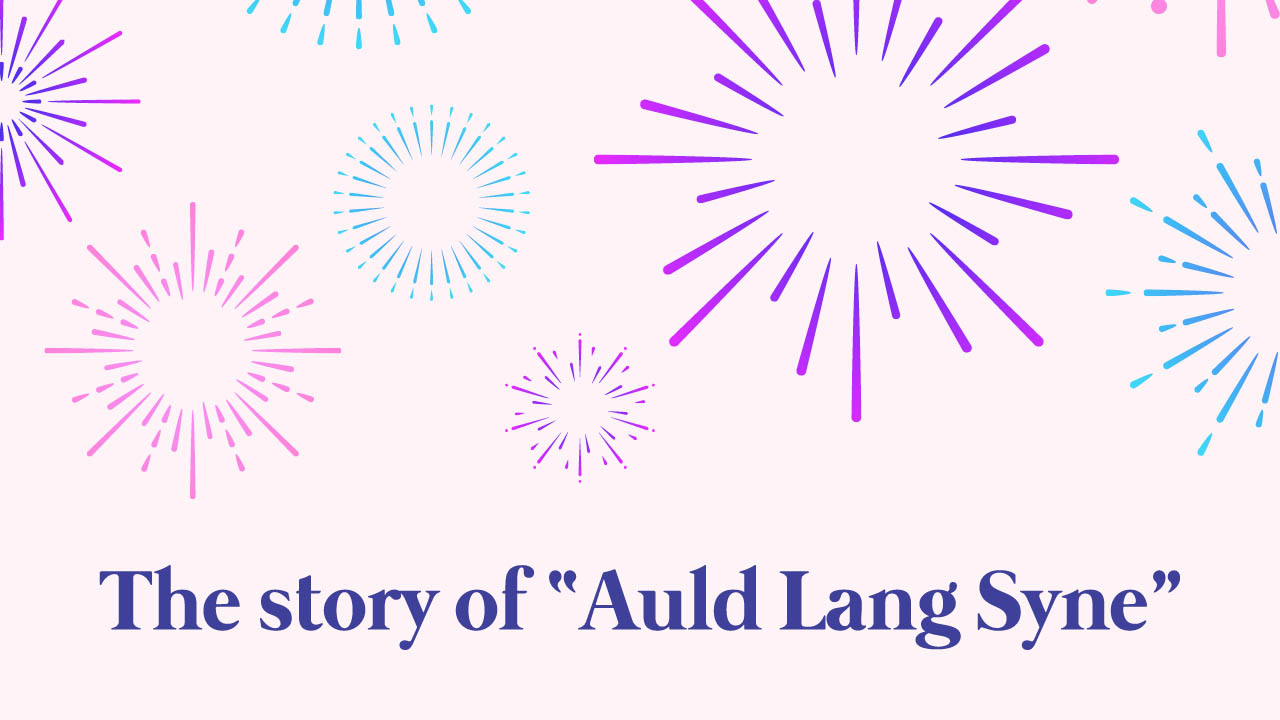 Should auld acquaintance be forgot And never brought to mind?

Should auld acquaintance be forgot And days of auld lang syne?

Think back to this year’s New Year’s Eve party: it’s 11:59 p.m. on Dec. 31. There are 10 seconds until the clock strikes midnight, and everyone is counting down…. five, four, three, two, one and everyone kisses their partner before breaking out into a chorus of “Auld Lang Syne.” Have you ever wondered where this tradition started?

“Auld Lang Syne” is a popular song that is traditionally sung to say farewell to the old year at the stroke of midnight on New Year’s Eve. The lyrics are from an old Scottish language poem by Robert Burns in 1788 but based on an even older Scottish folk song. Burns apparently wrote down the lyrics as he heard a man sing it. It is an easy song to sing along to which makes it easier for people to remember it. In 1799, it was set to a tune that would soon be known as the standard “Auld Lang Syne.”

It is believed that this song is used to mark the end of something as the title translates to “Old Long Since.” The song itself has been translated into multiple languages and sung all over world to ring in the New Year, but is most often used to refer to old times or the old days.

The lyric “we’ll take a cup kindness yet” refers to the tradition of raising a glass or a cup of kindness meaning “good will, friendship and kind regards” in reembrace of noble. When looking back at “Auld Lang Syne,” we understand that not only is it a story being passed down, but a tradition. Some people see this as a song of parting ways but according to Thomas Keith, this song is a reunion song (BBC).

The song has been featured in many movies and television shows like the iconic Sex and the City or even the movie New Year’s Eve. It has been viewed time over time as a beautiful poem transformed into a song that brings people together every year at the stroke of midnight.

It has been used for everything from graduations to funerals across the world but is best known as a way to celebrate New Year’s Eve at the stroke of midnight. It will forever be a nostalgic song that brings back memories of old times and friends.
New Year's Scotland Traditions

1
Lower your expectations: The truth about New Year's resolutions
2
Out with the old, in with the new trends of 2022
3
Fighting New Year's depression
4
For Gouda luck In 2022, celebrate with charcuterie boards
5
How to celebrate the New Year, safely

Lower your expectations: The truth about New Year's resolutions

The best and worst TV shows to come out of 2021