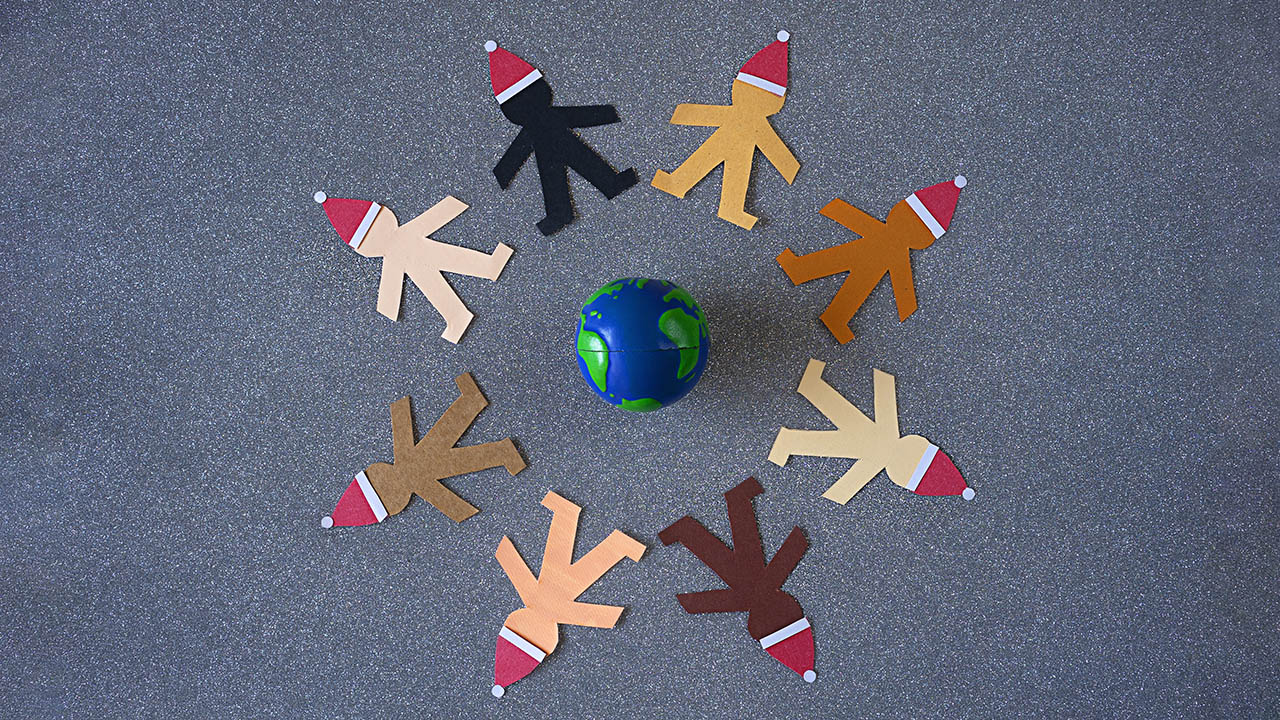 Credit: MIREIA B L
Christmas is a cheerful time for people to get together and participate in traditions that have been passed down from generation to generation.

Every year, families and businesses prepare for Christmas, one of the most anticipated times of the year. Houses are lit up with Christmas lights, department stores show off their best window display ideas, children write letters to Santa Claus, and parents begin preparing their holiday traditions. Christmas is a cheerful time for people to get together and participate in traditions that have been passed down from generation to generation. On Dec. 25, many Canadians traditionally begin their day by unwrapping gifts in the morning before sitting down to dinner with their families to eat roast turkey, mashed potatoes, gravy, and vegetables with an English-inspired dessert such as pie. However, not everyone celebrates Christmas in this manner, and holiday traditions vary across Canada’s diverse cultures.

These many traditions are what distinguishes Canada from other nations; being able to learn about other cultures and traditions just by talking with the people around us is a privilege not many countries have. Many nations celebrate Christmas in a variety of ways, including diverse foods, activities, and days. While speaking with multiple students at Fanshawe, it was interesting to see how everyone gets excited for this time of the year, yet many people have a completely different experience than others. Golf and club management student Youjin Seo, a Korean international student said that during the holidays, her and her family “celebrate Christmas with [their] ancestors to wish for good luck for the next year. [Their] mothers make [them] rice cake soup and [they] offer them to [their] ancestors first and once [they’re] done with the ceremony, [they] eat it as a celebration for the past year. Bowls of rice-cake soup are offered to the family’s ancestors in exchange for their guidance and protection in the year ahead. After the ancestors are given their share, the family members eat the tteokguk themselves, transitioning from the old year to the new.”

Food differs greatly between cultures, but it is often more than a difference in the meals they grew up eating; it has a deeper meaning important to their culture that many people are unaware of.

Even though many families eat certain foods during Christmas because of the meaning it has in their culture, some traditions for other people simply started many decades ago because it was convenient. Fashion marketing and management student Emily Giann shared that “as a Jewish girl, I don’t celebrate Christmas. Although around the same time of year, Jewish people celebrate Hanukkah, an eight-night holiday commemorating the rededication of the Second Temple of Jerusalem, yet there is no comparison between the two. On Christmas Eve, the city shuts downs, leaving us Jews wondering what to do and what to eat. Fortunately for us, Chinese food restaurants remain open so every year on the 24th of December we feast on Chinese take-out, a tradition that dates back to the 20th century.”

Despite the fact that this tradition started a long time ago because it was convenient for Jewish people, after many generations of doing it, ordering Chinese food on Christmas Eve has become a significant aspect of the holiday season for those who take part in it.

Evidently, food is an important aspect of Christmas that changes across certain cultures, but some do not differ significantly from Canadians in terms of food. When it comes to Western countries, many of them share the same traditional foods as Canadians. They do, however, differ in terms of the day they celebrate and the order in which they carry out their festivities. Ana Mercader, an international student from Mexico at Fanshawe explained that for them “family dinners and parties take place on Dec. 24. The dinner menu varies from family to family; still, the most traditional dishes include turkey, codfish, mashed potatoes and refried beans. After having dinner, the whole family gathers, and breaks a piñata, starting from the family’s youngest members to grandma. At precisely 12 a.m., everyone gathers in the living room to open their presents and the rest of Dec. 25 is a stay-in-pajamas day for [their] family.”

Although many Latin countries have some specific traditions that vary from others, most of their festivities are carried out in the same order and that is how they differ from the way Canadians traditionally celebrate Christmas.

These traditions shared by some students at Fanshawe are only a few of the many traditions other people celebrate across Canada at this time of the year. And even though Christmas might not look the same for everyone, at the end of the day, everyone uses this joyful season to spend time with their family and friends, and take part in the traditions they have been following for years.
Fanshawe students Holidays International students at Fanshawe Traditions