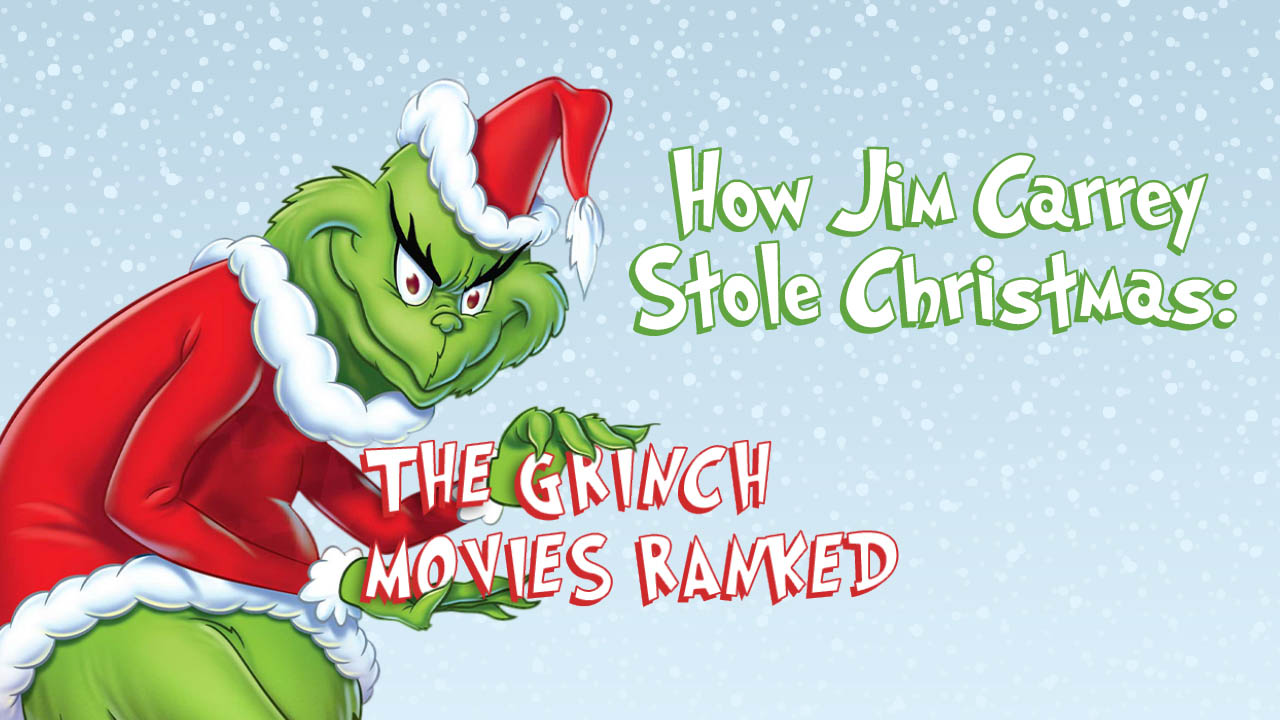 How the Grinch Stole Christmas is one of the most popular Christmas movies of all time. And it is the best Christmas movie of all time. With three versions, the original TV special (1966), Jim Carrey as the Grinch (2000), and the most recent animation, Dr. Seuss’ The Grinch (2018), there will obviously be varying opinions on the official “ranking” of the films. My personal ranking from best to worst is the 1966 TV special, then Dr. Seuss’s The Grinch, and finally Carrey’s How the Grinch Stole Christmas. The last one is definitely a controversial opinion.

Growing up, I have so many memories watching the How the Grinch Stole Christmas TV special with my dad in December and they are some of my favourite. Not to mention, the original TV special is a hard-to-top classic!

It’s such a great, feelgood story. It shows how everybody, no matter how rotten to the core they are, can change with a little bit of love and sense of community. Sometimes people just need some love and support.

Dr. Seuss’ The Grinch is number two on my ranking because of how family friendly it is and the cute animations. It was modernized, which is expected, but the animation and the story still gives homage to the original TV special and adds a little bit of humour to the story. I saw this one in theatres with my dad and I was pleasantly surprised. I had expected to not like it, after only having Jim Carrey’s version and the original to compare. The family friendly aspect is really important for a holiday movie because for a lot of people, that’s what the holidays are about. Curling up by the fire and Christmas tree watching a holiday movie with family is the perfect December night for many.

Carrey’s version of How the Grinch Stole Christmas, directed by Ron Howard, made a heartwarming story about the Grinch who opens his heart to the community a little scarier than it needed to be, which is why it’s put last. It isn’t a bad movie by any means. In terms of families though, some kids are afraid of it. The Grinch is not supposed to be terrifying to the audience, especially when it is viewed as family friendly. Sure, he’s maybe a little creepy, but not terrifying. Some people may like a scary Christmas movie, and all power to you! If spooky vibes are your thing, go for it. I just view Christmas as a happy, heartwarming time of year where you can spend time with your family. It brings me so much joy, so I like to watch happy Christmas movies to match that feeling—although it’s not the same for everybody.

No matter how you feel about the Grinch movies and what order you would rank them, the Grinch provides a tale of what Christmas truly is about. The power of community can be so strong and is so important over the holidays. Nobody wants to spend Christmas alone. No matter who you’re with, whether it be family, friends, neighbours, that sense of community and belonging really opens up your heart. That’s the true meaning of Christmas and that’s why the Grinch is the best Christmas movie of all time.
Christmas Movie lists Movies The Grinch

1
Netflix Fix of the Week: To All the Boys: P.S. I Still Love You
2
Summer Watchlist: Star Wars Episode IV: A New Hope
3
Home Alone For Christmas
4
Expert tips to engineer the perfect gingerbread house
5
Why Dr. Strangelove is once again the movie of our times

Home Alone for Christmas 2: Lost in the Metaverse