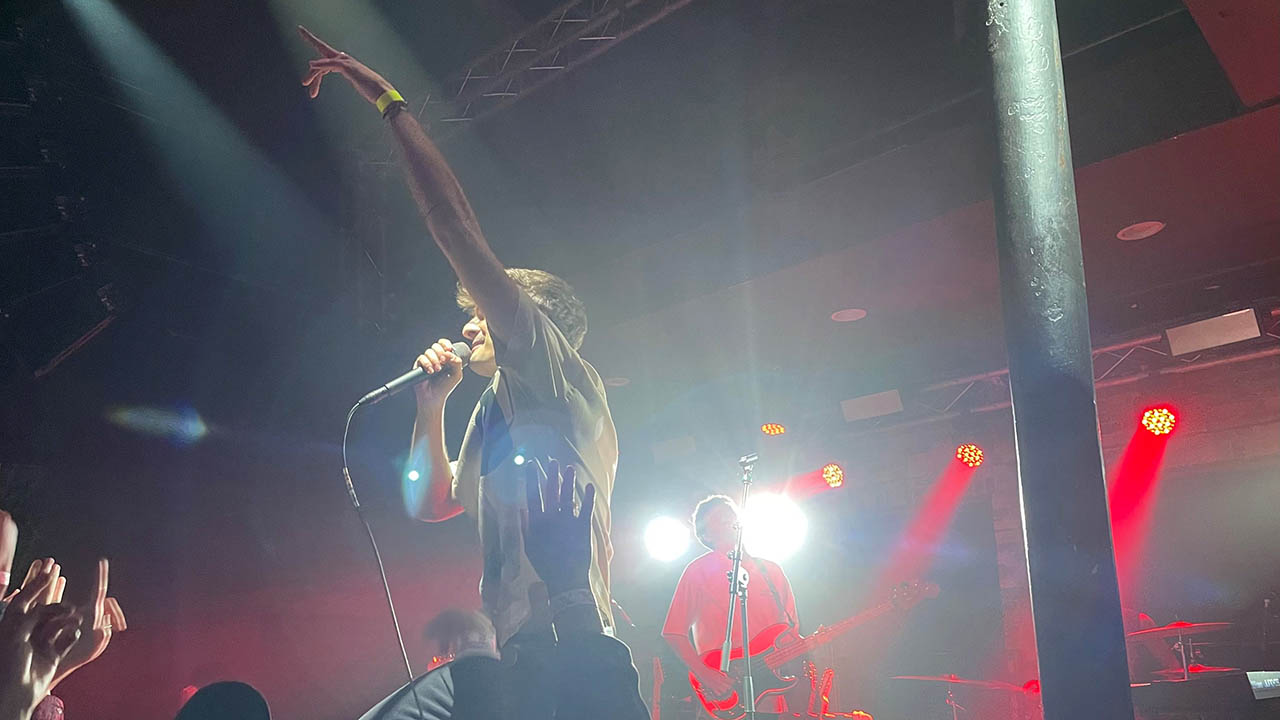 A band that got their start in the halls of Fanshawe College, New Friends, came out on top in a nation-wide contest. New Friends won Slaight Music’s It’s Your Shot contest worth $100,000.

“We entered the contest in, I think, January,” said keyboard player, Ayden Miller. “We were sent a link from one of the professors and put in a submission, not really thinking anything of it. As the months went on, we found out we got into the top 25. Then it was the top 10, top five.”

New Friends met in the music industry arts (MIA) program. The band consists of Stefan Boulineau (lead singer), Conrad Galecki (bass, drums, backup singer), Cole Wilson (guitar), and Miller. When they got the call, they said they were stoked.

“It’s been a kind of overwhelming experience,” said Miller. “We’ve been working so hard with the band for the last two years. Throughout the pandemic, it feels like we’ve been working every day towards our goals and to find out that someone is interested in investing on your dreams is really cool.”

The prize package includes recording six original songs, worldwide distribution of a multiplatform digital EP release, promotion and marketing help (including the development of an official website), as well as live performance opportunities in 2021 and beyond.

“I think we’re pretty self-sustainable almost in a way, but to have people to work with and build a team around, it’s going to be huge,” said Miller. “I think it can definitely help us market our music better and hopefully get us out to a larger audience.”

MIA program coordinator, Dan Brodbeck, is an avid supporter of the band. Every song they have released has been mixed by him.

“When I heard their first song, “Purple Candy,” I loved it so much I offered to mix it for free,” said Brodbeck. “This award is the result of the band’s talent, hard work, and support from our MIA crew. I’m beaming with pride for what they’ve accomplished and the opportunities in front of them.”

“Purple Candy” has garnered almost 3.5 million streams on Spotify and was featured on CTV’s Private Eyes. With all of the exciting things happening for New Friends, the boys said that MIA played a key role.

“It was such an amazing program,” said Miller. “They prepared us for everything. I think if we hadn’t gone through the program and learned what we did, we definitely wouldn’t be as prepared as we are now for things coming up in our careers. And obviously, we wouldn’t have met. It was a very special two years.”

The members all graduated in the spring of 2020 and recently released a new EP. Lovestruck can be listened to on streaming services now.
Dan Brodbeck Fanshawe alumni Music Music Industry Arts Rum Runners