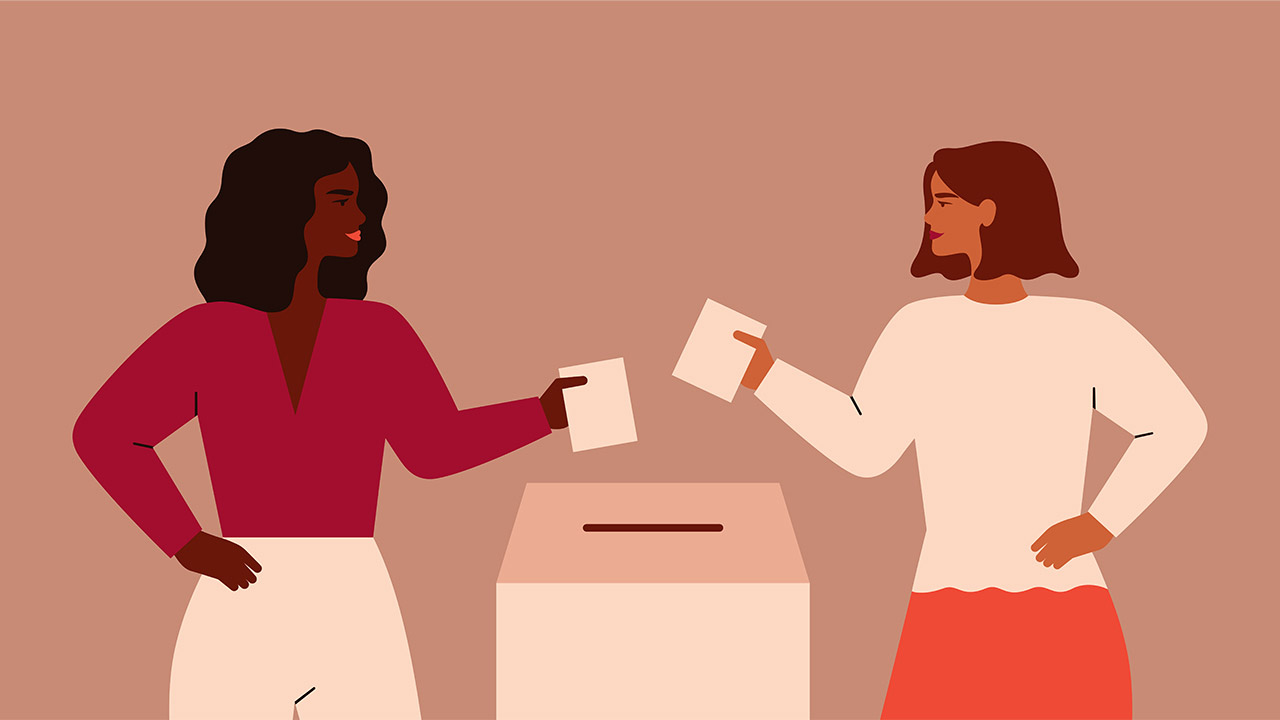 Credit: PONOMARIOVA_MARIA
With the lingering presence of upcoming due dates and deadlines peering over our shoulders, even researching on the various political campaigns may be entirely forgotten.

It’s the question that’s asked every year come election time. We often hear how the younger generation is politically disengaged or apathetic towards politics. But I believe that may not entirely be the case.

As a member of the younger generation myself, I feel the reality is that most of us are neither apathetic nor ideologically disengaged. Young people are not turning out to vote because our lives are not set up for it.

We’re attending college, most of the time in a different location from where we grew up. On top of that, young people are working full-time or part-time jobs, often those of minimum wage with unstable hours which can bring up financial concerns and loads of stress.

With the lingering presence of upcoming due dates and deadlines peering over our shoulders, even researching on the various political campaigns may be entirely forgotten. That’s where the rebuttal of, “I don’t even know who to vote for,” comes into play.

Moving around a lot can also come with the price of being a student. Changing schools, majors, or, in a normal world, even studying abroad. Half of us don’t even know where we’ll be living in six months’ time.

So, figuring out how and where to vote may not be as easy as it is for the older, retired generation who’ve lived in their familiar area for many years. For students, especially finding that place to vote may be more of a challenge than most people realize.

Take this year for instance. Normally, Fanshawe College holds their own on campus voting come federal election time. But this year Elections Canada did not offer voting on campuses. That affects the location of where young people can vote, and for those who are coming to school in an unfamiliar area, finding another place to fill in their ballot may add on another layer of stress, one that could possibly lead to a disinterest in participating.

But just because some in the younger generation don’t “choose” to vote, that doesn’t mean politics are entirely out of their conversations.

The younger generation has been seen taking to social media platforms to share their political views. Whether that’s intergenerational issues such as addressing climate change or inequality, or creating memes out of political candidates, everything seems to get bundled into the internet’s subheading of politics.

Does this mean there is no hope for youth who want their voices heard? No, not at all.

Intergenerational issues that the younger generation is raising awareness about can only be addressed if those who are affected by them recognize the importance of shifting the generational narratives that circle around voting.

And while I know finding clear instructions on where to cast your vote may seem hard to schedule in the lives of postsecondary students and the younger generation, shaping your own future is hard to accomplish without helping to secure our societies future in the process.
Editorial opinions or comments expressed in this online edition of Interrobang newspaper reflect the views of the writer and are not those of the Interrobang or the Fanshawe Student Union. The Interrobang is published weekly by the Fanshawe Student Union at 1001 Fanshawe College Blvd., P.O. Box 7005, London, Ontario, N5Y 5R6 and distributed through the Fanshawe College community. Letters to the editor are welcome. All letters are subject to editing and should be emailed. All letters must be accompanied by contact information. Letters can also be submitted online by clicking here.
Voting Youth