The dangers of alcohol consumption 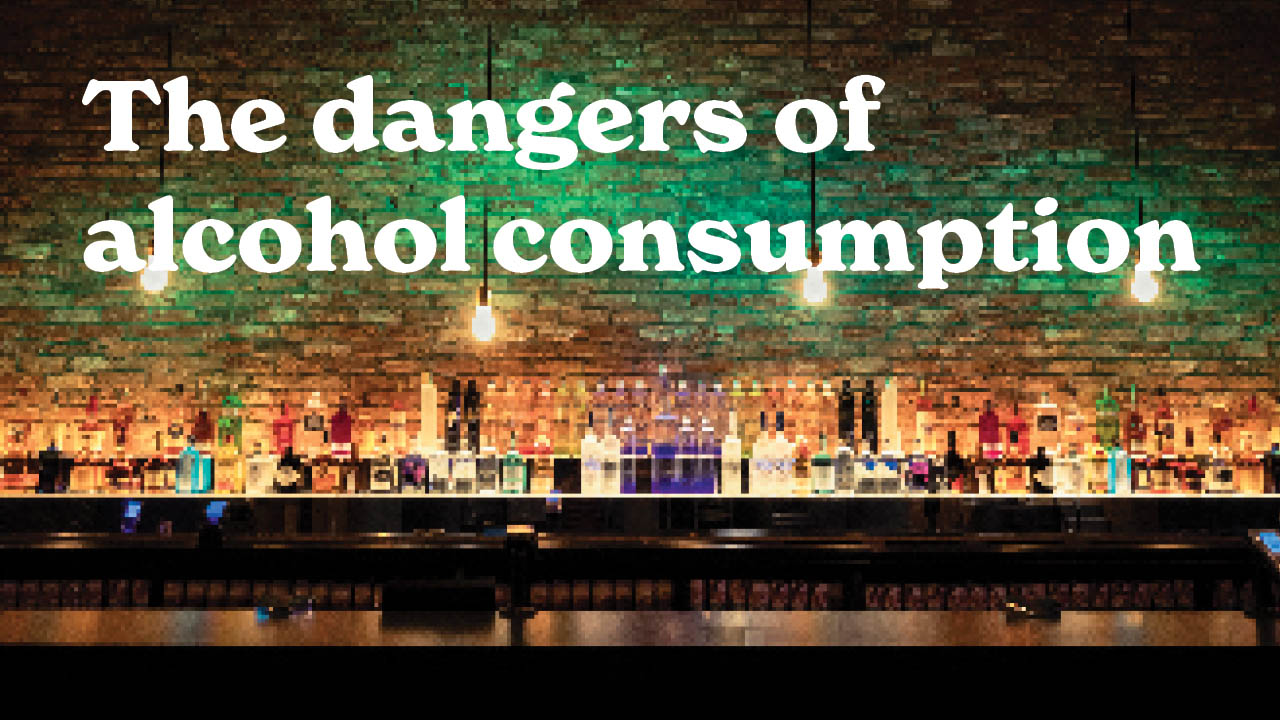 Alcohol has become so ingrained in North American society, that most people don’t even question it. Alcohol consumption appears to play a significant social role in our culture and there is an expectation to drink; not if, but when. It is socially accepted that kids are going to drink underaged and I’ve even witnessed first-hand parents of teenagers support underaged drinking by providing the liquor. Rarely do we stop to think about what alcohol actually is and what we’re putting into our bodies.

The alcohol used in beverages is ethanol (also called ethyl alcohol), a volatile, flammable liquid. It is an industrial chemical that is used as a solvent and an additive in gasoline. And, yes, it makes you feel good when you drink it. It can help you relax, or act as a social lubricant by lowering your inhibitions, but it’s also a depressant which slows brain function and neural activity and can actually lead to increased anxiety and stress, not to mention the dreaded hangover which includes symptoms of fatigue, weakness, thirst, headache, muscle aches, nausea, stomach pain, vertigo, sensitivity to light and sound, irritability, sweating and increased blood pressure.

It is important to note there is a distinction between drinking alcohol on occasion versus excessive drinking, abusing alcohol or being an alcoholic (also called alcohol dependency). Here are some symptoms of different scenarios to watch out for.

Symptoms of excessive alcohol consumption include:

• Remaining conscious but having no memory of your actions (blackouts)

Symptoms of alcohol poisoning include:

Symptoms of alcohol abuse include, but are not limited to:

• Driving under the influence of alcohol

• Problems with family and friends because of drinking

• Having legal problems because of alcohol

Symptoms of alcoholism include, but are not limited to:

• A strong desire or craving to drink

• An inability to control cravings

• An inability to stop drinking

• An increased tolerance for alcohol

• Attempting to drink without others knowing

• An inability to get through everyday activities without drinking

There are long-term effects and consequences to alcohol abuse and alcoholism to consider as well. These include:

• Shrinking of the frontal lobes of your brain

• Hallucinations (with sudden withdrawal of alcohol)

• Physical dependence, which can vary person to person

• Reduced ability to fight off bacteria and viruses

• Birth defects when drinking while pregnant

• Changes in coordination which impact balance and your ability to walk

You may have heard the term “Big Tobacco”, which refers to a group of the largest global tobacco companies who are notorious for systematically deceiving the general population regarding the risks of lung cancer from smoking and second-hand smoke as well as the dangers of addiction. The alcohol industry is no different. According to Movendi International, a global movement for development through alcohol prevention, the producers, distributors, retailers and marketers of the alcohol industry have been “manufacturing death, disease, destruction and disability” by undermining science and spewing false claims like one to two drinks per day being good for you.

Recent studies have shown that zero drinks is the safest route and that any possible benefits of drinking alcohol are offset by the potential to develop cancer and other diseases. That being said, it’s going to take a minute for society to catch up to this knowledge, much like any other scientific findings, e.g. tobacco.

Alcohol is the second-most abused substance following tobacco, and binge drinking has become a sort of rite of passage for post-secondary students. It is important to be aware of the amount of alcohol you consume and be on the lookout for signs that you may be abusing or dependent on alcohol.