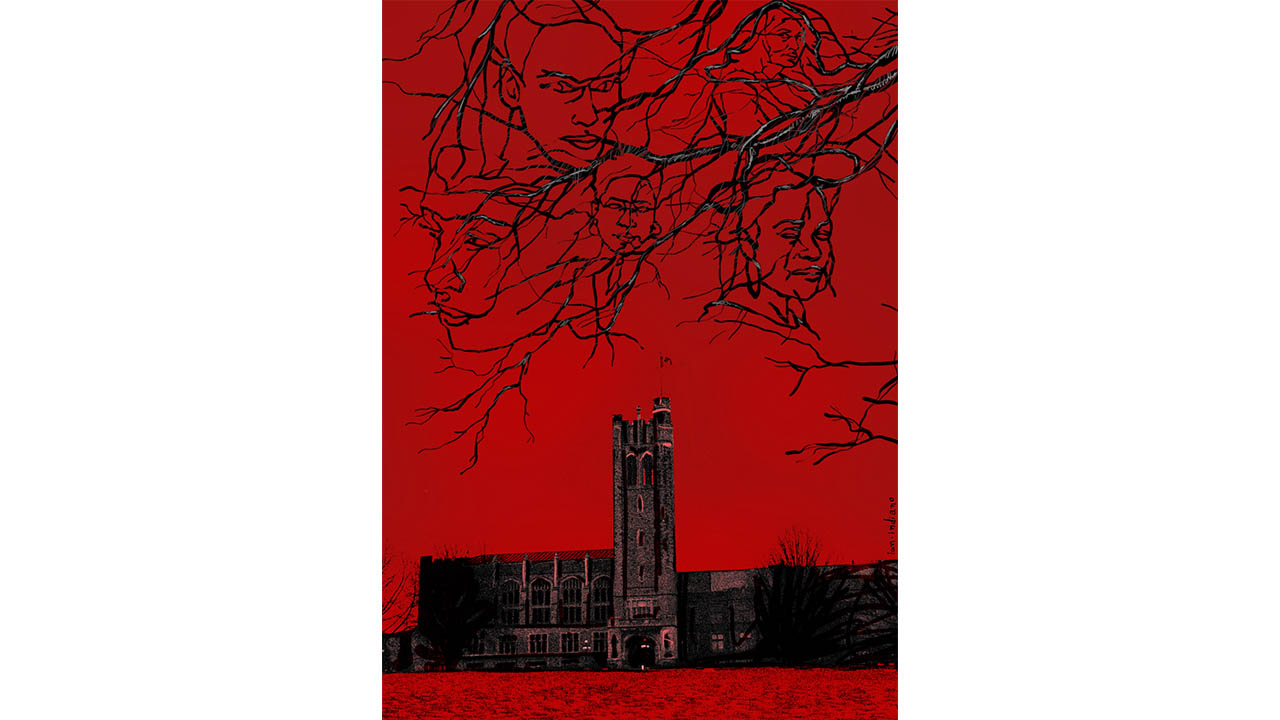 Credit: IAN INDIANO
Sexual violence can cause significant trauma in survivors as it holds a neurobiological impact - it affects the brain and nervous system leaving symptoms such as insomnia or hypersomnia, loss of appetite, long-lasting nightmares, and much more.

“We use the term sexual violence because it’s an umbrella term,” said Fanshawe’s Sexual Violence Prevention Advisor Leah Marshall. “It’s any act of aggression or violence towards someone that’s sexual in nature, or that targets someone’s sexuality, or gender identity.”

Recent discussions about sexual violence have been circling through the media after students filled the grounds of UC Hill at Western University in an organized walkout to protest both the school’s handling of sexual assault allegations on campus, and to stand in solidarity with survivors of sexual violence.

Less than a week later, Fanshawe College hosted their own ‘Take Back Our Campus Walk’ after similar threats were posted in an online chat.

These events have left some to ponder the question of how sexual violence impacts survivors as this violence can take on many different forms that are not always physical in nature.

“It can be degrading or sexist comments made online. Homophobia and transphobia are also examples of sexual violence so we need to expand our definition of what that looks like,” said Marshall.

“It doesn't matter if the violence is physical or not, it can still have an impact on people’s lives.”

Sexual violence can cause significant trauma in survivors as it holds a neurobiological impact. It affects the brain and nervous system leaving symptoms such as insomnia or hypersomnia, loss of appetite, long-lasting nightmares, and much more.

“Our ability to remember things or keep things kind of linear in terms of what’s happened or what’s going on in our life can be impacted as well. The way that trauma impacts memory can be pretty significant.”

Marshall explained that’s why sometimes survivors say they have difficulty putting all the “pieces of the puzzle together.” But no matter what form the violence takes, it’s never the survivor’s fault.

“What happens is that sometimes our bodies and how safe we feel in the world can change because of what someone else has done to us. But the survivor should never be at fault for someone else’s doing.”

According to Katreena Scott, the Director of The Centre for Research and Education on Violence Against Women and Children (CREVAWC), survivors’ reactions to sexual violence are still not well understood in society as “rape myths” are still common. These topics of victimization and “victim shaming” have impacted how survivors disclose their experiences.

“Some people say, ‘If nobody’s come forward, well, maybe people are just making too big a deal out of this,’ and I want to counter that myth. I want to remind people that disclosing to anybody is a step and it’s an important step,” said Scott.

And while important, Marshall added that the difficulties lie in the world we live in.

“We live in a world that’s really unkind to survivors. We live in a world that blames survivors instead of holding perpetrators accountable. We live in a world where sometimes when we tell someone about the violence we’ve experienced, they question us, try to be an investigator and find out all the details or what we could have done differently, or how this may have been our fault. When really, no one deserves to be subjected to any type of violence.”

Marshall and Scott agree that as a community, and as a culture, the way support is shown for survivors needs to change. Specifically how one responds to survivors. Understanding and listening are two very important things when it comes to breaking down barriers built from sexual violence.

For Fanshawe students, to confidentially review your options, contact Leah Marshall at lkmarshall@nullfanshawec.ca.

For Western students, contact The Centre for Research & Education on Violence against Women & Children at 519-661-4040, or email crevawc@nulluwo.ca.