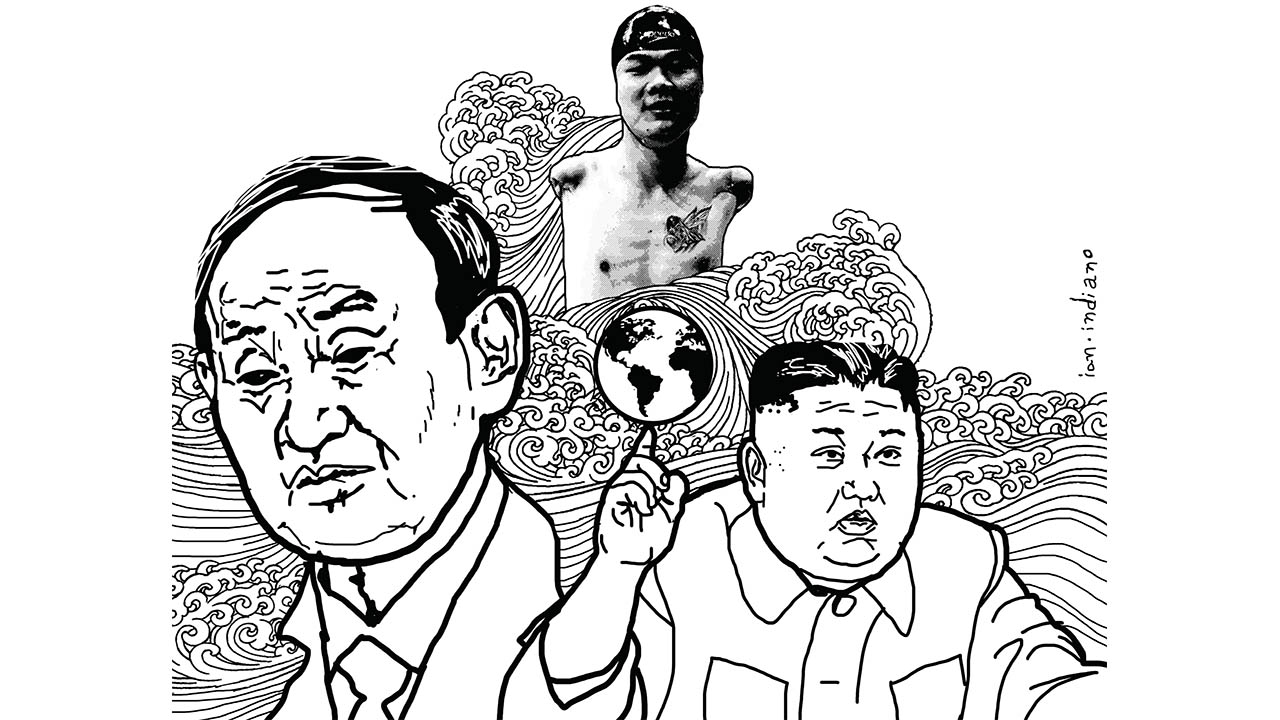 One more school year begins, and with it, another year for Interrobang and for this very column. For our first-time readers, Off the Radar is a column dedicated to informing you about what else is happening around the world, apart from the big news that occupies most of the press. Here we focus on what happens in small countries, in other continents, away from the Western world. As a college, Fanshawe is incredibly diverse, attracting people from all over the world. So, there’s nothing fairer than dedicating a space in our newspaper to remembering that the rest of the world also exists, and that it deserves our attention.

Here are five off the radar news stories to help you stay well-informed.

Four golds for Chinese swimmer at the 2020 Paralympics

30-year-old para swimmer Zheng Tao won over the public after winning four gold medals at the 2020 Tokyo Paralympics. Tao lost both of his arms to an electric shock when he was a kid. He started swimming at the age of 13, making his international debut six years later, and winning his first Paralympic gold at London 2012. Since then, his career has been skyrocketing, culminating in his latest wins in backstroke, butterfly, and freestyle. With his latest four golds, he also broke four world records, reaffirming his place as one of the most successful Paralympians in history.

In a recent speech, North Korea’s Supreme Leader Kim Jong-un said that new measures to overcome “abnormal climate” are needed. Since last year, the country has suffered a series of natural disasters, such as typhoons and droughts, followed by heavy monsoon rains that also resulted in devastating floods. The leader said that “urgent action” is needed and that the danger of climate change had become higher in recent years. North Korea was also hit hard by the pandemic. Although the country reported zero COVID19 cases, lockdowns were imposed, and its borders were sealed, which deeply affected the importation of vital goods from China. Kim’s declarations came a week after the UN said that the country had rejected three million COVID-19 vaccine doses, claiming that the shots should be relocated to other countries in need.

Only one year ago, Yoshihide Suga became Japan’s Prime Minister after the resignation of his predecessor, Shinzo Abe. However, Suga has said he will not run for re-election as party leader this month, which will result in the end of his tenure. Recently, Suga’s approval ratings reached an all-time low. Right now, Japan is under a state of emergency due to the worst COVID-19 wave so far. It was Mr. Suga’s decision to host the Olympic Games and the Paralympic Games this year, despite the worsening of cases and a slow vaccination rate. His decision was largely unpopular among Japanese people. A spokesman said that Suga will focus on anti-coronavirus measures until the election, which should happen on Sept. 29. The new Liberal Democratic Party’s leader, Suga’s party, is expected to become the new Prime Minister.

A minister of the Democratic Republic of Congo said that the leak, which started in a mine in Angola, not only killed 12 people, but also left 4,500 sick and killed a massive number of fish. So far, the owners of the mine responsible for 75 per cent of the diamonds produced in Angola, have remained silent about the incident. One of the tributaries of the River Congo is now red after a reservoir containing toxic by-products leaked in late July. The contaminated fish were eaten by locals, resulting in many health issues. The extension of the environmental damages remains to be studied, but the Congolese authorities already said that they will seek damages.

The fight between the Tigray rebels and the military continues despite thousands of deaths. The conflict started 10 months ago when Prime Minister Abiy Ahmed sent troops to the Tigray region to overthrow the regional government after a local election. The war already pushed hundreds of thousands of people towards refugee status and famine condition. Both sides have been accused of committing war crimes, such as rape and mass civilian killings. Data shows that the war might be expanding to the neighbour regions of Amhara and Afar, which could result in an international crisis.
Angola Ethiopia Japan Kim Jong-un Paralympics