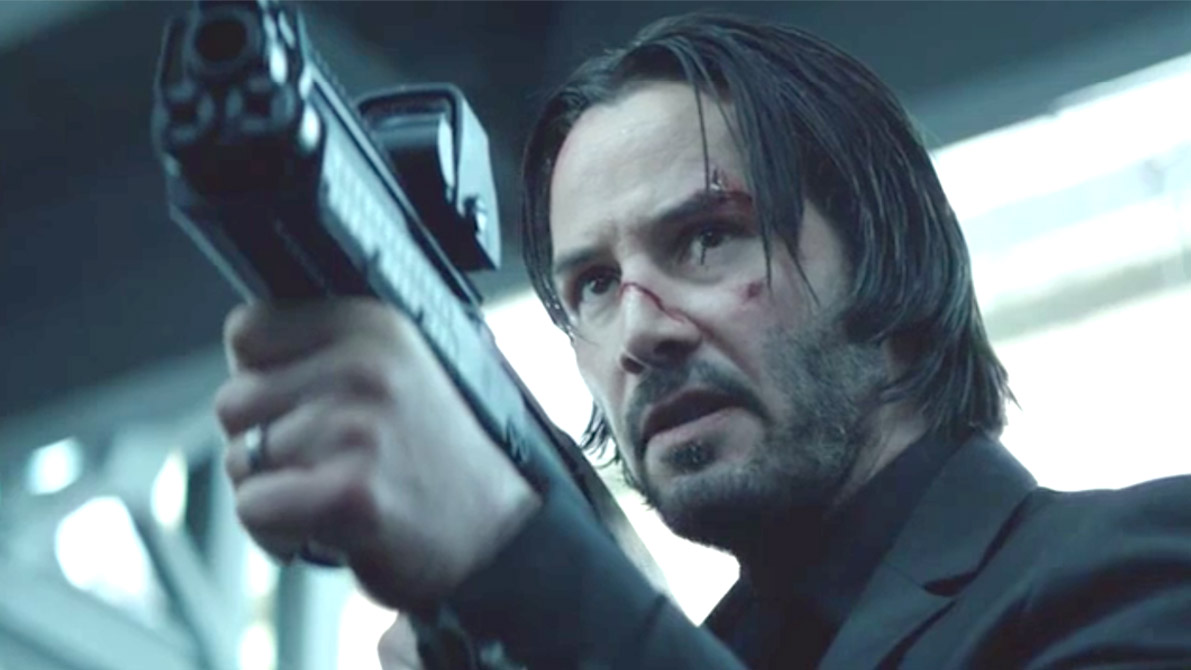 CREDIT: SUMMIT ENTERTAINMENT
This film follows John Wick, who is searching for the two men who broke into his house, stole his vintage car and murdered his puppy, which was a gift given to him by his recently deceased wife.

Over the summer, I have made it a goal for myself to watch 100 films that I have not seen before. Each week I will be writing my honest thoughts on some of the movies I have watched over the course of the next few months. As a film student and film junkie, I am excited to take you all on this journey. This week I am sharing my honest thoughts on the 2014 vigilante action-thriller, John Wick.

John Wick is a film directed by Chad Stahelski, starring Keanu Reeves. The plot follows John Wick, who is searching for the two men who broke into his house, stole his vintage car and murdered his puppy, which was a gift given to him by his recently deceased wife.

Now I will touch base on the plot later, but right now I want to discuss the beauty of the cinematography and camera work done in the film. Personally, I love when a film has such dynamics to its shots. There is a scene when they introduce Babayaga and just the whole aesthetic of the scene and shots made me happy.

The blue tones set the scene to be really open for interpretation but left me feeling like John Wick felt very isolated. Also, just the change of angles throughout the scene worked with the power struggles between the characters. Then the tone of the scene shifts to a darker feel, where the whole tone gets darker.

I honestly think that the camera angles worked so well with the story being told.

To be honest, the plot was very shocking to me. As a first-time watcher, only going into the film knowing what my classmates told me, I was surprised. I guess that’s one way of getting revenge. I am not much of an action movie kind of girl, but Keanu Reeves is one beautiful human.

I appreciate how there was a little element of comedy to break up the darkness between scenes. Personally, I have a bit of a dark sense of humour which makes watching films like this more enjoyable. The overall plot was more enjoyable for me, at least.

I enjoyed the power struggle between all the characters but how John Wick always comes out on the top. Overall, I think the effects used during production and during post-production really worked with the general feeling of suspense and darkness. This really amplified the feeling of suspense.

I enjoyed the film for it being my first action film, and I will probably watch the others in the series just to say I watched them. However, I don’t think I would watch them again. I know there is a bit of a hype behind the series, but I don’t think these movies will be ones I go back to and watch again.

Overall, I enjoyed the layers behind the plot and the background behind the characters. For example, we have the idea of John Wick going after these two men who murdered his dog that his deceased wife left for him, which sets us up for a fun storyline to follow. Although this wasn’t my favourite film, it did have such a good pre-existing plot for the characters which I enjoyed.

Despite a few issues I had with the film, I did think it was one that I needed to watch (if only because Keanu Reeves is literally everything.)
John Wick Keanu Reeves Movie reviews Movies

It's now easier than ever to get vaccinated in London