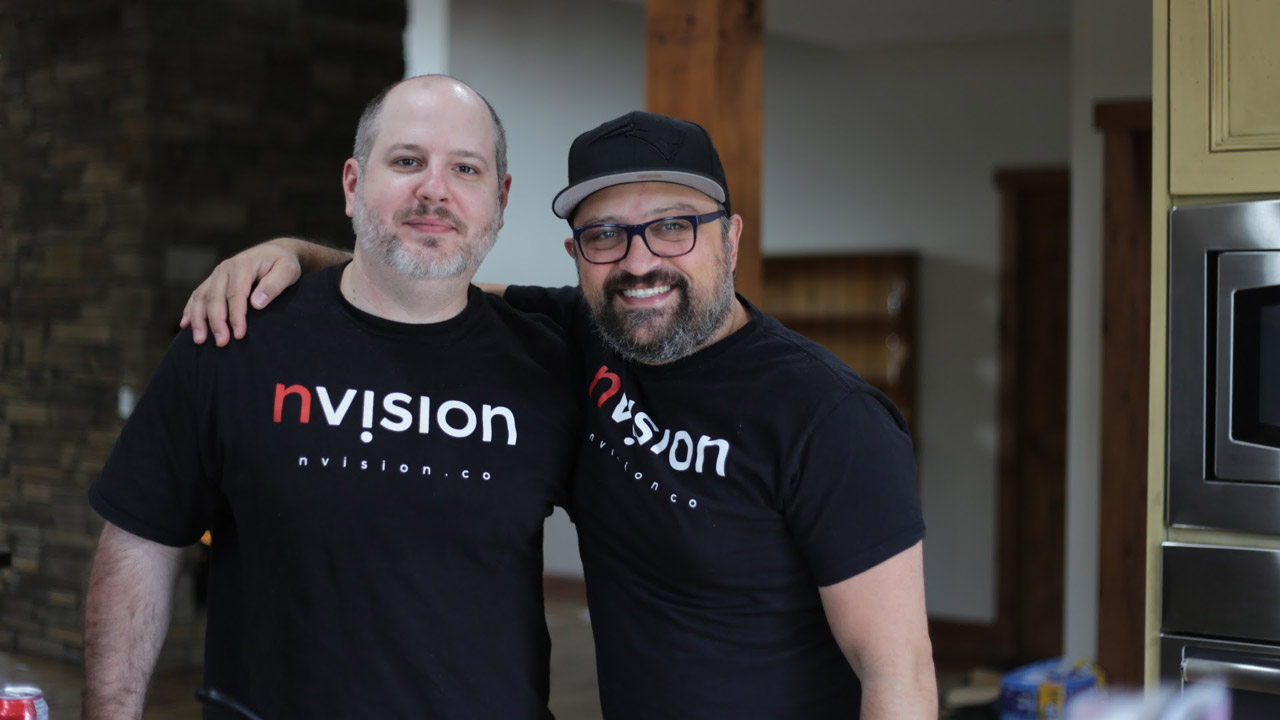 The annual $1,500 scholarship will be awarded to a graduating high school student, or postsecondary student enrolled in a graphic/communication design program at a Canadian college or university. Students will need to show their commitment to any field related to digital arts or marketing, ranging from web design, to graphic design, to copywriting and marketing.

The Kevin Doherty Scholarship to Support Digital Creativity was named after Fanshawe College alum, Kevin Doherty, who was recently diagnosed with terminal cancer. CEO of NVISION, George Arabian said that Doherty is not just an integral member of the NVISION team, but also a life-long friend.

Doherty graduated from Fanshawe’s Graphic Design program in 2004. He reconnected with Arabian after asking if he could design the website for the then new business venture, NVISION. Over time, the two became even closer friends, sharing ideas and collaborating to make NVISION what it is today.

“It's really unique, you know….it’s a once in a lifetime sort of opportunity and [I’m] glad I had a chance to be introduced to Kev and to grow up together and then build this agency kind of together,” said Arabian.

Following Doherty’s diagnosis, Arabian sought to honour Doherty, and decided a scholarship would be the best way to do it.

Arabian was also inspired to create the scholarship for Doherty’s two-year-old son.

“When his son grows up and asks about daddy, and who dad was, I'm hoping that this is a small sample that he can take away and say, ‘my dad was a pretty cool dude.’”

For Doherty, having a scholarship named after him was a humbling experience. Due to his illness, Doherty was unable to speak with the Interrobang directly, but shared his thoughts in a media release on Wednesday.

“To have my name connected with a scholarship that helps young people learn and grow in the artistic and technical disciplines that I love, and that have been so good to me, is really incredible,” said Doherty in the statement. “George has always been very supportive and he’s known as a person who ‘gives back.’ That he’s decided to add my name to this effort is just so humbling.”

Students hoping to take advantage of the scholarship can apply via NVISION’s website before July 12, 2021. Students will need to submit a 500 word essay detailing why they are a good candidate for the scholarship, a high school or college/university transcript, a letter of recommendation and a portfolio with three work samples.

Arabian spoke to current students and interns at NVISION to find out just how helpful a scholarship can be to students pursuing the digital arts.

“It alleviates that pressure and that burden to have to potentially work while doing school or you know, the cost of books are getting so expensive,” he said. “So anything to help support. I was like, this is awesome like, this is something that not only honors Kevin's name, but helps that next generation.”