Summer Watchlist: The Wizard of Oz 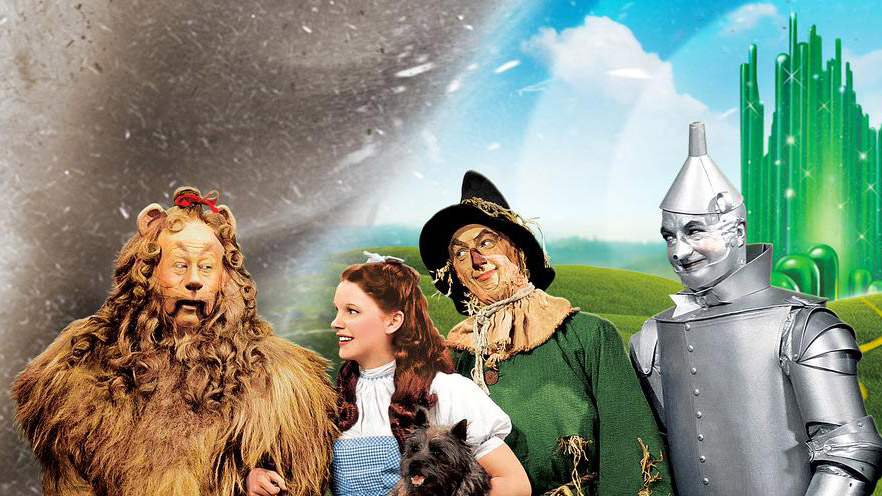 CREDIT: METRO-GOLDWYN-MAYER, AMAZON
The Wizard of Oz is a cultural mainstay, but how did it become an LGBTQ2S+ classic?

There are many reasons why the 1939 classic, The Wizard of Oz has grown into an LGBTQ2S+ mainstay over the years. It could be the various camp elements in the film, the continued endorsement from gay icons like Rupaul Charles, or just the inclusion of Judy Garland, who in nd of  herself has become a queer icon due to her performance ability, personal struggles, and camp tendencies.

Regardless of the reason, The Wizard of Oz is both a masterpiece of filmmaking and a celebrated LGBTQ2S+ fixture.

The central message of the film is finding your heart’s true desire. Dorothy Gale, played by a 17-year-old Judy Garland, yearns for a life beyond her small Kansas town. However, after discovering a mystical world beyond her wildest imagination, she realizes that her home, family and friends are all she really needs.

The classic storytelling tool of needs vs. wants is very much at play here. Dorothy wants adventure, but she needs her family. For many, the film represents a need to love what you have, and find meaning in the things that matter most.

This same core message of self-sufficiency can also be seen through Dorothy’s friends in Oz, the Tinman, the Scarecrow and the Cowardly Lion. All three seek their inner desires (a heart, a brain and courage, respectively), from external magical forces, only to find that they already possessed these traits without recognizing them. In this way, we see that the moral of the film is to seek happiness from within.

The Wizard himself represents the falsehood in seeking outward meaning. After a hefty build-up for what the audience expects to be an all-powerful, magical hero, we find that the Wizard is just a man, hiding behind a facade. When Dorothy asks the Wizard to help her return home to Kansas, The Wizard and Glinda the Good Witch inform her that she has had the power to leave all along. With the simple reprise of, “there’s no place like home,” we come to understand that all the magic in the world is not enough to replace what truly matters in life.

The Wizard of Oz received mostly positive reviews upon its initial release, but didn’t grow into the cultural sensation we know it as today until it began seeing televised broadcasts in 1956. The question of how the movie came to represent queer identity (so much so, that around the time of the second World War, being a “friend of Dorothy” became code for gay men, at a time when homosexuality was still illegel in the United States), is one that has many answers. It could be because of Dorothy’s kind acceptance to those that are different from her in Oz. Additionally, some theorists have suggested that the black-and-white colouring of Kansas represents the conservatism and homophobia that would have been rampant at the time, while the bright, colourful world of Oz signifies being out and proud. Then, there is the well-documented significance of Judy Garland as a gay icon.

Though not herself gay (though there have been speculations about her possible bisexuality), Garland rose to the status of a gay icon in the 1950s. Seen as a camp figure, her struggles with drugs, alcohol and fame were seen by many as reflective of the struggles faced by gay people in society at the time. For many, the song “Over the Rainbow,” famously performed by Garland in The Wizard of Oz, represents a yearning to be out of the closet, and some historians have suggested the LGBTQ2S+ rainbow flag may have been, in part, inspired by the song.

Apart from its cultural significance, The Wizard of Oz is a revelation in set design, costume design and modern filmmaking techniques. While not the first film to be shot in Technicolour, Oz was still an immense logistical achievement, with as many as nine cameras needed to shoot some scenes. Its rise to fame nearly 20 years after its initial release is a testament to the power of television and nostalgia, and its lasting impact on culture overall shows that its central message will never go out of fashion: love what you have, respect those that are different from you, and remember that there’s truly no place like home.
LGBTQ2S+ Movie reviews Movies