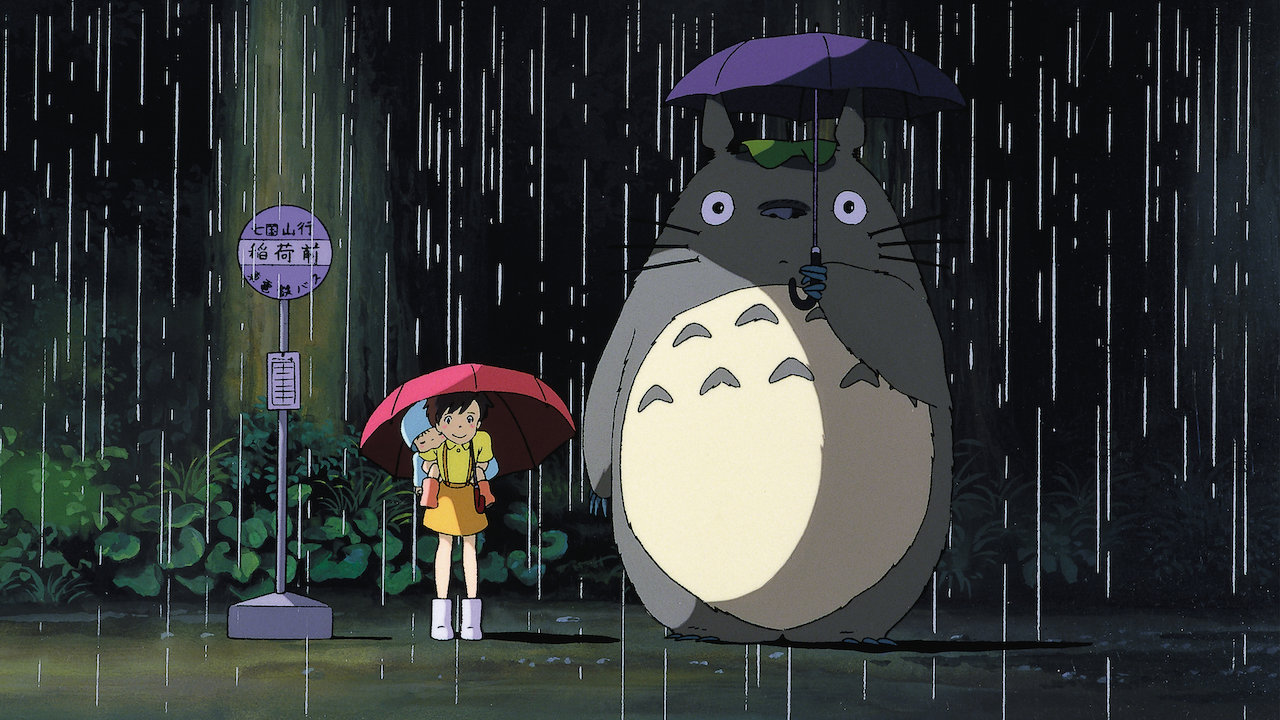 Over the summer, I have made it a goal for myself to watch 100 films that I have not seen before. Each week I will be writing my honest thoughts on some of the movies I have watched over the course of the next few months. As a film student and film junkie, I am excited to take you all on this journey.

To start this summer off, I watched My Neighbor Totoro, a Studio Ghibli film from 1988. Overall, I thought this film was adorable. The opening credits and animation sequence was also super cute.

The film tells the story of a pair of young sisters and their adventures with woodland spirits. From my understanding, the professor moved himself and his two daughters Satsuki and Mei into an older house closer to the hospital where the girl’s mother is healing from an illness.

But what no one knows is that the house has small creatures living in it called Susuwatari. They look almost like dust, only seen when light hits them. But once the girls start feeling more comfortable in their home, these spirits leave to find a new house.

The youngest sister, Mei discovers some spirits which lead her to a tree where she meets Totoro. She falls asleep on him but when she wakes up, he is no longer there. She is unable to point out who Totoro is, but Totoro informs her that he will make himself known when he wants to be known.

Overall, I really enjoyed the tone of the movie. The themes and story told were very family oriented and cute. From what I interpreted, I felt as if the film was playing on the ideas of healing and nature. There is such a magical feeling to this movie that brought a sense of calmness.

You know that warm feeling you get when you receive a hug? That is the kind of feeling I felt while watching this movie, it  took me on a journey. As a film student, I appreciate when films bring the viewer on a beginning-to-end journey. I also appreciate the use of continuity and making sure everything lined up.

The one thing I noticed while watching it through Netflix was that their auto generated captions were off at times. When they dubbed some of the scenes, the captions didn’t line up with what was being said. But that was all on Netflix’s end and was not the movie’s fault

I really enjoyed this movie and will be adding more movies in this genre to my watchlist in the future. I have an appreciation for Studio Ghibli and their works as each and every one has a unique perspective about them. While they all have similarities in style elements, they all tell their own stories.

My Neighbor Totoro was a great first movie for me to kick off my 100 movies of the summer. I really loved the wholesomeness that this film brought. It wasn’t too emotional, but set just the right tone to set the mood for the rest of the summer.
Animation Anime Movie reviews Movies

1
Black History Month: Movies, books and more
2
How the Wizard of Oz became an LGBTQ2S+ classic
3
What the heck is left to do in the new normal
4
The Marshes: A sinking failure
5
Summer Watchlist: Teenage Mutant Ninja Turtles (1990)

Vaccine eligibility opens to all Ontario adults ahead of schedule