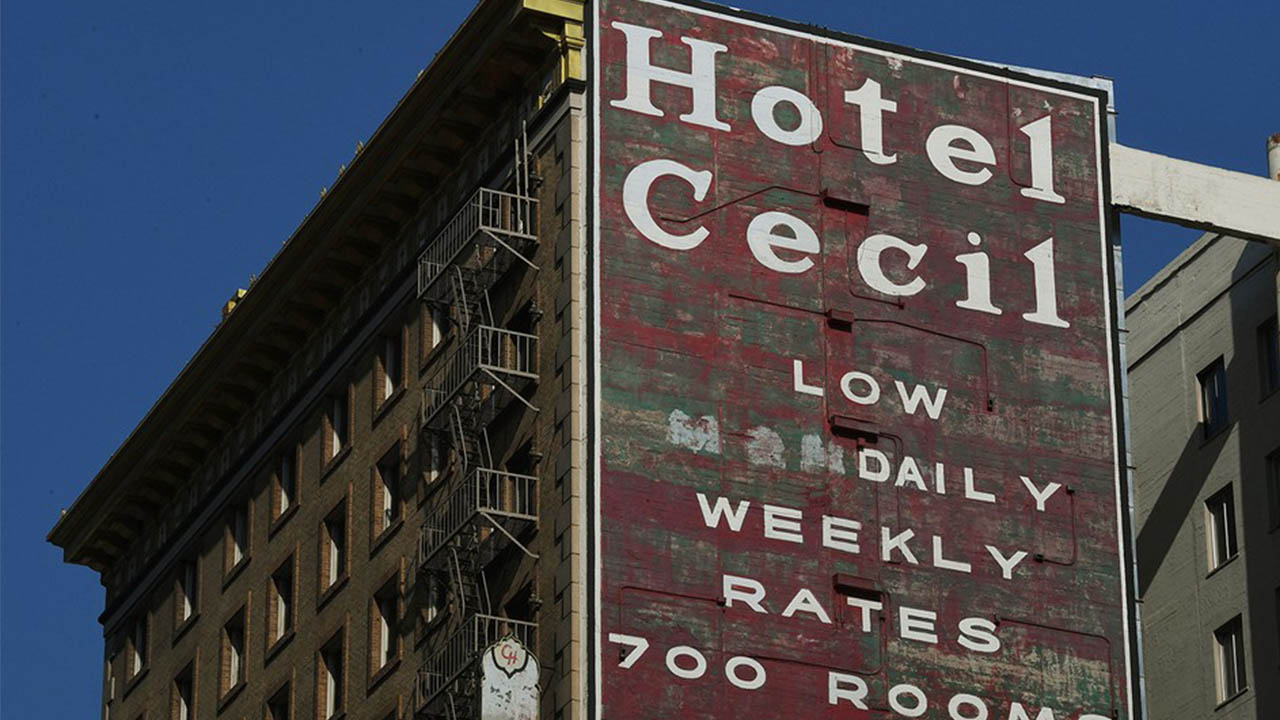 CREDIT: NETFLIX
Netflix's latest docuseries tells the story of Elisa Lam — but not the one you know.

At its core, Netflix’s latest true crime miniseries is a study in how we as a culture treat and respond to mental illness. Crime Scene: Vanishing at the Cecil Hotel tells the story of Elisa Lam, and the hotel where she would spend her final tumultuous moments.

The story of Lam has fascinated mystery hunters on the internet ever since police released a particularly disturbing video of her final moments in an elevator. The case itself had always been enshrined in ambiguity. The video in question is one you may have seen, in fact I personally was familiar with the story of Lam’s disappearance because of its striking similarities to a Japanese horror movie called Dark Water.

As soon as internet sleuths witnessed the blurry video of Lam appearing anxious and neurotic in an unmoving elevator, the game was afoot for the wannabe mystery solvers of the Online Forum. Never mind the bizarre coincidences that seemed to follow this case wherever it went, like the strange similarities between Lam’s story and Dark Water, to a tuberculosis test that shared her name when an outbreak occurred in LA shortly after her death. Then there was the fact that she disappeared at the infamous Cecil Hotel, where at least 16 unexplained deaths have occurred since 1927.

Only, what Crime Scene reveals is that there was no mystery surrounding Lam’s disappearance. Lam was suffering from severe bipolar disorder and episodes of psychosis. She travelled alone to California from British Columbia to stay at what she thought was nothing more than an affordable hotel.

Where Crime Scene really excels is in its breaking down of the role of the internet sleuth in this case. The unsettling video released by police sparked a flurry of online discussion from people who are notoriously known for not trusting the authorities. In their desperate attempts to crack the case, an army of internet warriors pinned the blame for what they believed was Lam’s murder on a death metal artist who had shared videos of himself at the Cecil Hotel (years prior to Lam, but what’s the difference anyway?).

Morbid, also known as Pablo Vergara, had a slew of videos on YouTube for his dark music, featuring song titles like “Died in Pain” coinciding with videos of simulated murder and animal sacrifice. For the sleuths, this was damning enough evidence to spawn a witch hunt against Vergara, who would later attempt to take his own life as a result of the destruction caused by the trolls. In an exclusive interview, Vergara admitted he hasn’t played music since this happened.

The documentary spends a good amount of time exploring these sleuths. These were people with large followings online, many of whom seem to show true compassion for Lam. One even visits her grave. Many would visit the Cecil Hotel in search of evidence. But in the end, they aren’t painted as heroes. They destroy the lives of a young artist, and keep alive a tragic story that still haunts Lam’s family today.

Any why? Crime Scene finds the flaws in the actions of internet sleuths. Had a disturbing video not been released to the public, would any of these people who claim to care so deeply for Lam ever have even known she died? Would they even care? The mystery is what drives these people, and the desire to solve it before the police.

One officer who worked on the case explains in the docuseries that perhaps it is easier to imagine a scenario in which Lam was part of a mass government conspiracy than to accept the reality. The reality is tragic, the reality is painful. A promising woman with a knack for writing lost her life to mental illness in a strange and heartbreaking series of events.

But the documentary goes even further, and unravels the truth of the Cecil Hotel itself. Much like Lam, the Cecil Hotel is no mysterious death trap. It’s simply a result of a city that can’t and won’t address its long history with homelessness, drug addiction, and mental illness. It is a decrepit monument in the heart of Skid Row, left to deteriorate and suffer like the homeless population that shares its boulevard.

When the hotel owners saw Lam acting strangely in the lobby, they brushed her off as just another drug-addled resident of the Cecil. That’s the tragic reality of the Cecil Hotel, and nothing more. There are no ghosts or demons or curses, just a community left to crumble in the City of Dreams.

While you may go into this miniseries expecting another foray into the mysterious disappearance of Elisa Lam, you’ll leave with much more. You may feel compelled to demonize the sleuths in this miniseries for the pain they’ve inflicted. But their intent was clear; to make sense of something that seemed so big, despite it being just another life lost to mental illness. I think a word from Lam’s blog sums up the truth behind their actions.

“I suppose that is the human condition,” she wrote. “To feel so big, so important but just a flicker in the universe and the struggle to come to terms with those two truths.”
Documentaries Mental Health Netflix TV Series

1
Fanshawe staff, students share how to manage anxiety
2
The comic book villain: Mental health vs. psychosis
3
Things I wish I knew before being diagnosed with anxiety
4
Being BIPOC: "How is it okay for us to cry?"
5
Religious faith and mental health

How Superstore is my favourite modern "office" show