Why is virtual networking more important than ever? 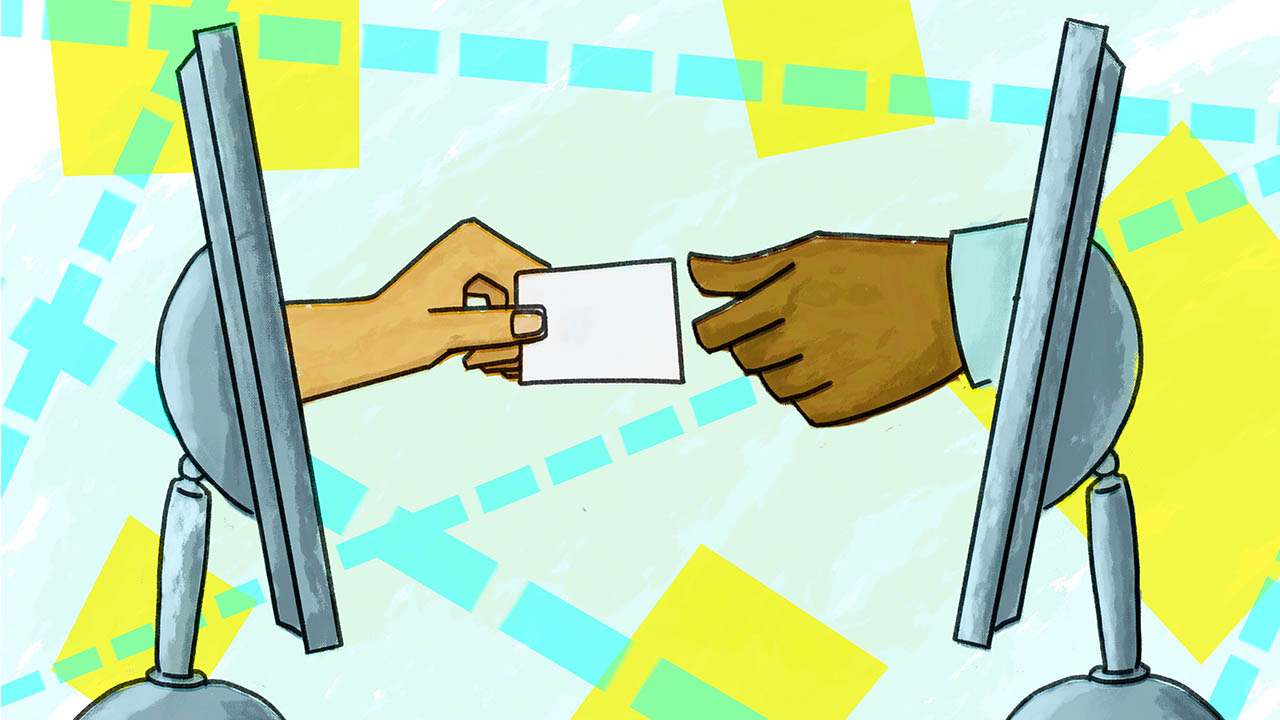 CREDIT: LANCE DAGENAIS
With more jobs becoming remote, it's important to be able to virtually network yourself.

With more of an online presence and more jobs becoming exclusively remote, now is the time to be able to virtually network yourself.

Darlene O’Neill is Fanshawe’s director of Employment and Student Entrepreneurial Services. She told Interrobang that in a world of COVID-19, being able to virtually network yourself is important.

“Industries are having to follow COVID regulations. So, you can’t just drop in and drop off a resume and randomly introduce yourself to people,” O’Neill stated. “This is a whole new world that students are living in, and that we’re all living in.”

When we talk about virtually networking yourself, we talk about putting what you want employers to see online. LinkedIn is a popular social media networking site where you can connect to employers directly. When it comes to LinkedIn, O’Neill had some tips for job seekers.

“When you connect with somebody on LinkedIn, send them an email first and explain to them why you’re connecting with them, because people are getting just random connections now of people, they have no idea who they are,” O’Neill said. “Students need to research the individual companies, and organisations and groups that they would like to belong to, and then send an email to those people through the LinkedIn platform.”

Edward Pugliese is a career/ employment specialist at the London Employment Help Centre. He said that creating your own brand doesn’t have to be necessarily hard.

“We can look at it simply on your scale, as your brand as a job seeker, and as a professional, and your kind of content that you’re working with,” Pugliese said. “It’s like your resume, cover letter, or your communications to human resources reps in the London area for the companies that you’re interested in.”

Pugliese also has a three-step plan into how you can get started with creating your own brand.

“Step one is to start with your objective or your goal, what it is that you actually want to put out there. Without that there’s no real direction,” Pugliese stated. “Your content is step two, what is it though? What is it that you’re saying? What’s the meat of what you’re saying? What are you trying to get at? Finally, Step three is the engagement piece. That’s when you start to actually get other people to see you. It’s just a matter of what your audience is and how large it is. Then it’s whether or not you’re truly speaking and connecting with them.”

But still, there are people out there who have applied to many jobs online, but don’t get a response back. In a Ted Talk in 2019 by Priyanka Jain, she went on to say that about 75 per cent of people who applied to jobs using online methods said they never heard anything back from the employer. Pugliese says that we need to normalize getting rejected and that getting in that 25 per cent is difficult.

“Most job seekers will struggle with that feeling of rejection in the job search of applying to 100 things and not really hearing anything back. That’s why you need to have a lot of perseverance, and resiliency,” Pugliese stated. “Without that job seekers are going to have a really hard time, because it’s understandable, but we let it get to us. In maintaining that bit of hope to just keep going and to persevere, I just like to say that we are all on the same path, every person is on the same path. We’re just at different points. Sooner or later, we’re going to get to one place or the next.”

Even though we are currently in an economic collapse, we will soon be out of this. In this “new’ world where more jobs are becoming stay at home jobs, now might be more important than ever to virtually network yourself.
Careers Employment Networking

1
The art of making money as a musician
2
Online job interviews: how you can prepare for them
3
7 ways to prep for job interview questions
4
What will the job market look like when I graduate?
5
Income inequality and working from home

Take some time to invest in yourself