Why Tom Brady is the greatest athlete of this generation 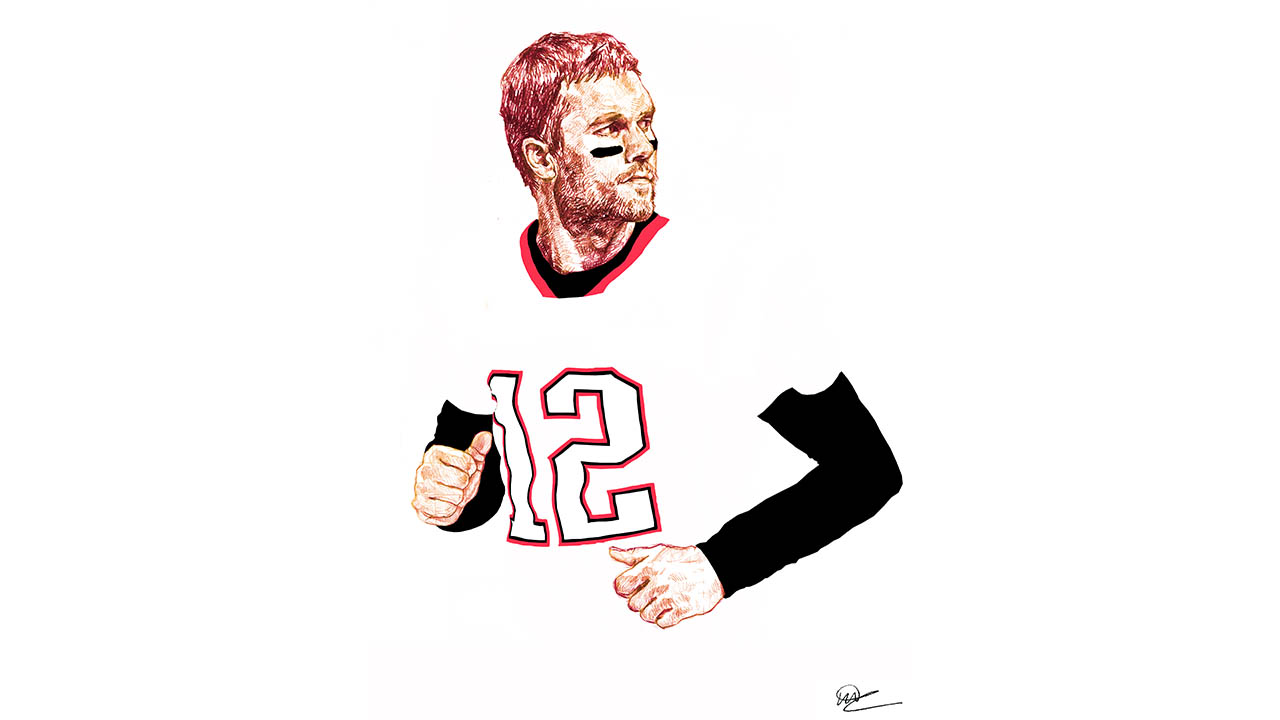 Credit: IAN INDIANO
Tom Brady won his seventh Super Bowl, putting him in ranks of Michael Jordan and Babe Ruth as the greatest athletes ever.

Super Bowl LV (55) has passed. It featured the Kansas City Chiefs and the Tampa Bay Buccaneers. It is the only Super Bowl to ever feature a team play at their home stadium, as the game was played in Tampa.

The key matchup however was each team’s quarterbacks. Patrick Mahomes is the new young superstar in the NFL, winning last year’s Super Bowl with the Kansas City Chiefs. But, on the other team, you had Tom Brady.

Heading into this Super Bowl, Brady had already won six, which was the most of any player to ever play in the National Football League (NFL). Not only that, this was Brady’s first season in Tampa after leaving the New England Patriots organization.

This season was unlike any other in NFL history. There was no pre-season, which meant that teams had less time to practice. Brady had less time to review the Tampa Bay playbook and adjust to new teammates.

And yet, when it seemed like Brady would fail, he defeated two all time greats in the playoffs, Aaron Rodgers and Drew Brees on the road, and brought Tampa Bay their first Super Bowl title since 2002.

The Super Bowl was the perfect match-up. The young and rising superstar against who many consider the greatest quarterback of all time. But the game was a total domination on offense and defence for Tampa Bay as they defeated the Chiefs 31-9.

This was the game I finally sat down and said Tom Brady is the greatest athlete in our generation.

Brady, the man who can’t stop winning, won his seventh Super Bowl, more than any other player or team has ever won the Super Bowl. Brady is now being compared to Michael Jordan, Tiger Woods and Babe Ruth as one of the greatest in their sport, and it feels like he’s the Jordan of football. When you go to 10 Super Bowls, and win 75 per cent of them, you’re a really good player.

When we talk athletes from this generation who were great, you talk about LeBron James, Sidney Crosby, Serena Williams, Usain Bolt, and many more, not many have won more than Brady. Crosby has only won three Stanley Cups. LeBron has only won four NBA championships. Let me remind you Brady has won seven championships. While yes, he has lost in the Super Bowl three times, LeBron has lost the championship more times than he won, and Crosby has lost a Stanley Cup too.

Look, don’t get me wrong, Brady isn’t as naturally gifted as an athlete like Lebron or Bolt, but at the end of the day, an athlete’s success is by the championships you win. He silenced all the critics who said he’s too old (By the way, he won the Super Bowl at the age of 43). He silenced everyone in New England who thought he could only win a Super Bowl with one team. Did I mention he plans to return next season, to try and win an eighth Super Bowl.

Brady is this generation’s Michael Jordan, and no matter what, Brady will keep on winning!
Football NFL Super Bowl Tom Brady

1
Mustangs football alum finds a new adventure after CFL cancelled — reality dating
2
The new world of sports amid a pandemic
3
Fantasy football: the most fun you can have on a Sunday afternoon
4
Is football safe?
5
How "bubble environments" are safer for the players

Why Dr. Strangelove is once again the movie of our times

Beyond the blonde: Playoff hair, beards and superstitions in sport