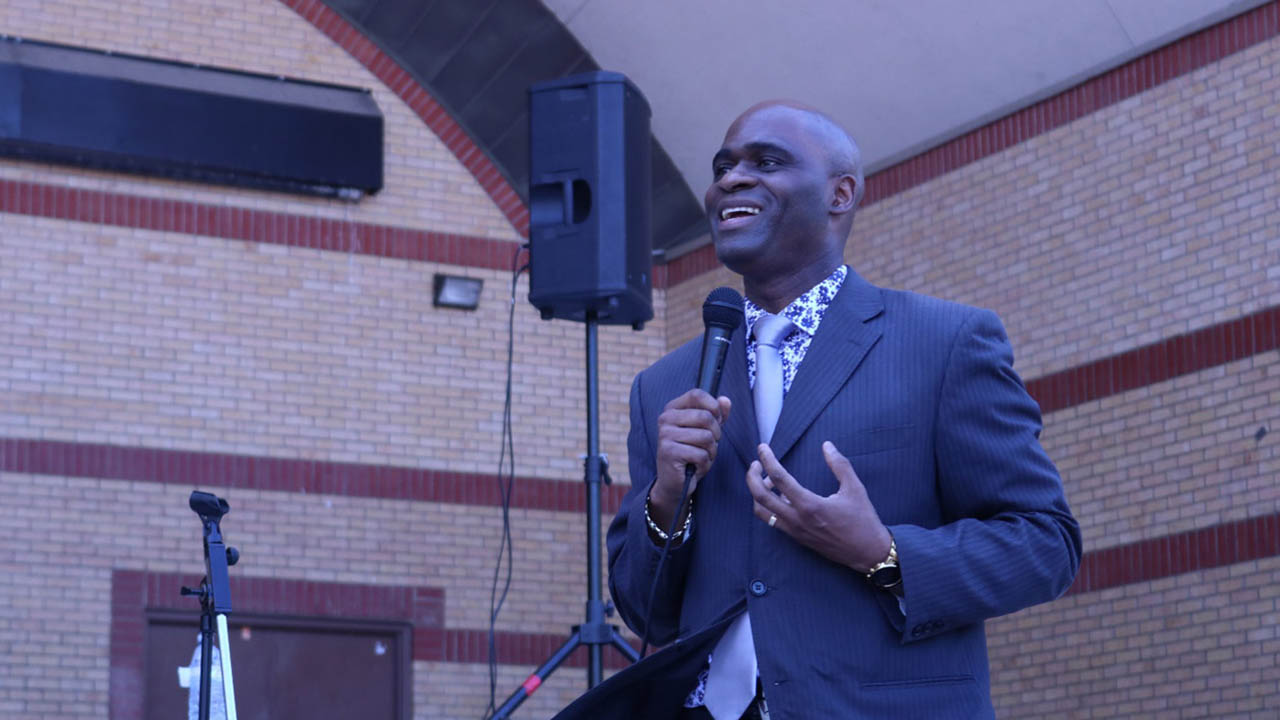 February is Black History Month, when people from Canada, the U.S. and the U.K. honour and learn about the historical events of Black history and reflect on how it all led to where Black people are today.

In May 2020, the murder of George Floyd by Derek Chauvin as well as three other police officers sparked protests around the world. Black History Month, especially post-2020, is an important time to learn what Black people have gone through then and still have to go through now.

Before the session, Hibbert told Interrobang that one of the starting points to understand what Black people have been through is education.

“There’s a quote by a gentlemen that says, ‘education is the passport to the future, because tomorrow belongs to those who prepare for it today,’” Hibbert said. “It’s important to understand that we exist, and we’ve been here for generations, as well as to celebrate the fact that we are a very diverse community, we have different interests, and we have contributed significantly to the growth of this country and also the world.”

But how do we become a more informed diverse society? How do we start that off? Hibbert continued to say the education system isn’t always culturally neutral, but it’s also about relationship building.

“It’s about understanding and knowing the truth,” Hibbert said. “I think sometimes the truth has been diluted in various racialized communities which is concerning. One of the greatest things you can possibly do is just really connect, communicate, and get this knowledge into the lives of people. It’s really about building that sense of community.”

He also explained that here in Canada, Toronto is one of the most diverse cities in the world. Toronto’s population is made of 51 per cent of residents born outside Canada but is home to 230 different nationalities.

“It’s designed to operate this way. It just so happened it’s operating extremely well, almost unconsciously,” Hibbert said. “Having people that are at tables of influence from racialized communities which can provide a more equitable approach to decision making, regarding our political leaders it is important that they invest financially in our communities through programing that builds capacity and sustainability.”

There are people who think racism isn’t an issue here in Canada. They believe that we don’t have a race issue like in the United States. But Hibbert said that Black people as well as others within BIPOC community in Canada experience polite racism.

“In Canada, racism is demonstrated in covert and not necessarily overt ways,” Hibbert said. “We need to make sure that we name these sorts of things and be willing to roll up our sleeves if you will, and proactively address this injustice of racial hierarchy in society.”

In terms of what he wants to see in the future, Hibbert says he wants to see equal opportunity in employment. Stats Canada has said that the unemployment rate for Black people is 12 per cent, compared to 5 per cent for non-Black people. He also wants more people to engage in healthy discussions so that we can have appreciation of one another. Finally, he wants people to speak up but not speak over those from racialized communities.

We all have a part to play in helping our world become free from racism. Having conversations is a great starting point in building understanding with people that represent culturally and racially diverse communities.
Black History Month Leroy Hibbert LUSO Community Services Racism

1
A brief history on the hyper-sexualization of Black women
2
Why the revolution will not be televised
3
Understanding the numbers: Canada's Black population
4
Letter from the BSA President
5
Black History Month in the NBA