What to expect from sports in 2021 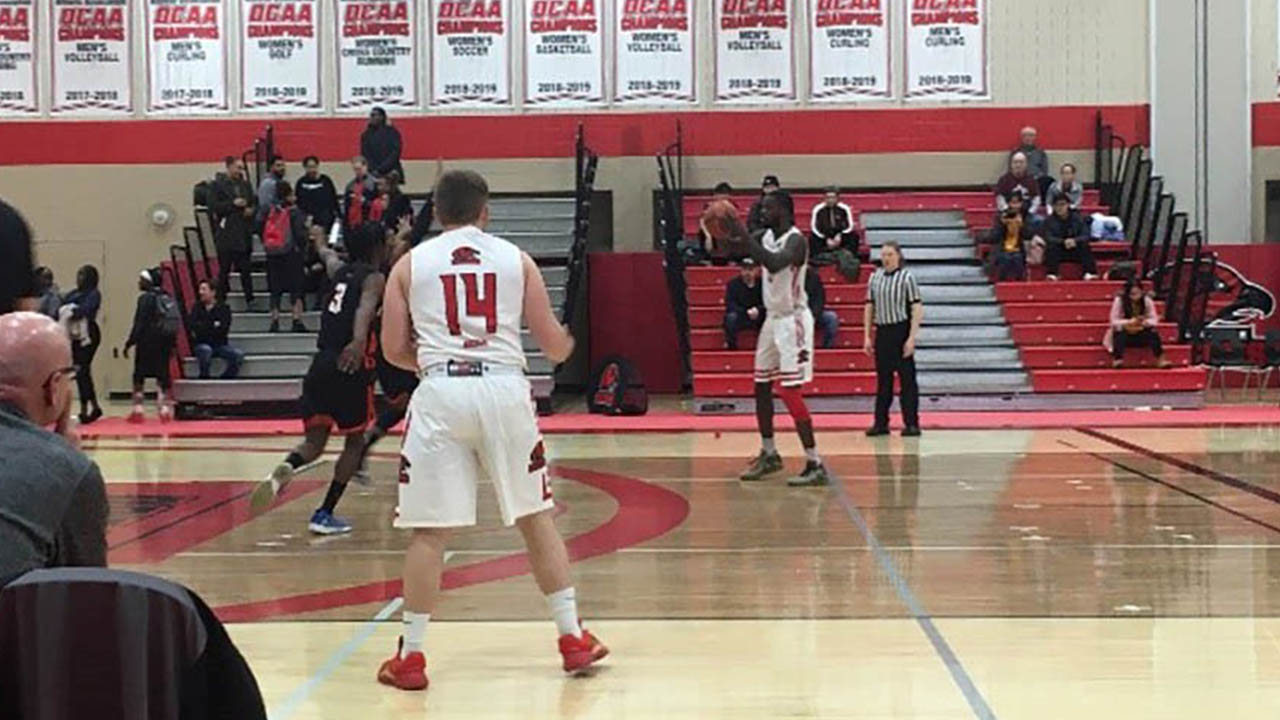 CREDIT: SKYLAR MCCARTHY
Fanshawe Falcons Men's Varsity Basketball action back in early 2020. This year, there won't be any varsity athletics as the OCAA cancelled all Winter 2021 sports due to the global COVID-19 Pandemic.

Many, if not all industries in 2020 had to shift their operations to make work environments safe from the global COVID-19 pandemic. The same could be said about the sports industry.

Many local sports teams and/ or varsity sports teams from the high school and collegiate level were cancelled, many professional leagues were able to have 2020 championships.

2020 may be a year to never forget for sports. The sports world was rocked by the death of Kobe Bryant, a former National Basketball Association (NBA) superstar at the beginning of 2020, and with every sports league suspending operations or ending their seasons to keep players safe from getting sick.

However, so many memorable moments happened in the world of sports in 2020. The Milwaukee Bucks chose to boycott an NBA playoff game because of the murder of Jacob Blake in Kenosha, Wisconsin. There was also the rescheduling of most of the major sport leagues due to COVID-19, leading to some summer hockey in the National Hockey League (NHL) and some summer basketball from the NBA.

Who thought it would ever be a possibility that we would see hockey in the summer? While the Canadian Football League (CFL) cancelled their season, the National Football League (NFL) still continued on without a bubble environment and has been able to have a season without many major COVID outbreaks. Sure, without a bubble environment, players were still known to obtain the virus, but there were no major outbreaks that could’ve ended the season, though it did cause the league to have to shuffle its schedule around a few times.

Now, what should we expect from sports this year? That depends on how the world is still viewing COVID-19. While the vaccines have arrived and are being administered, there have been multiple reports that the vaccine rollout hasn’t gone as well as hoped for. At the time of writing this, Ontario retired General Rick Hillier, who runs the vaccine distribution, has said that Ontario is actually on pace to “run out” of their previous shipments of COVID19. Hillier has also said to the public that pausing vaccinations during the Christmas holiday was a mistake.

Now, here’s the scenario. If we are able to keep pursuing and keep pushing on the vaccine rollout, we might be able to at the end of the year have fully crowed stadiums of fans watching games again. Dr. Anthony Fauci, the director of the National Institute of Allergy and Infectious Diseases, told Yahoo Sports in an interview that full crowed sports stadiums “the last thing[s] that you’re going to see” as the U.S. approaches the end of 2021.

But this is extremely important, especially for college varsity teams. It was already announced in 2020 that the Ontario Colleges Athletic Association (OCAA) would cancel the winter 2021 season. This includes sports like badminton, basketball, curling, indoor soccer and volleyball. The reasoning for cancelling comes down to restrictive measures in place by the provincial sport regulatory bodies as well as orders from Public Health do not allow for regular sanctioned competition to take place for a provincial sports conference. If the vaccines are rolled out, and most of the general population gets vaccinated, there is a big possibility we can see our varsity Falcons teams again by the end of 2021.

Are things normal yet? No they’re not. We still have a virus to deal with, causing sports games to have no to little fans allowed into games. However, we are all still watching from home. It seems like even with a pandemic, major sports leagues like the NBA and NHL will continue to play on. While 2020 was a weird year in sports, 2021 could be even weirder.
COVID-19 Fanshawe Falcons NBA NHL OCAA