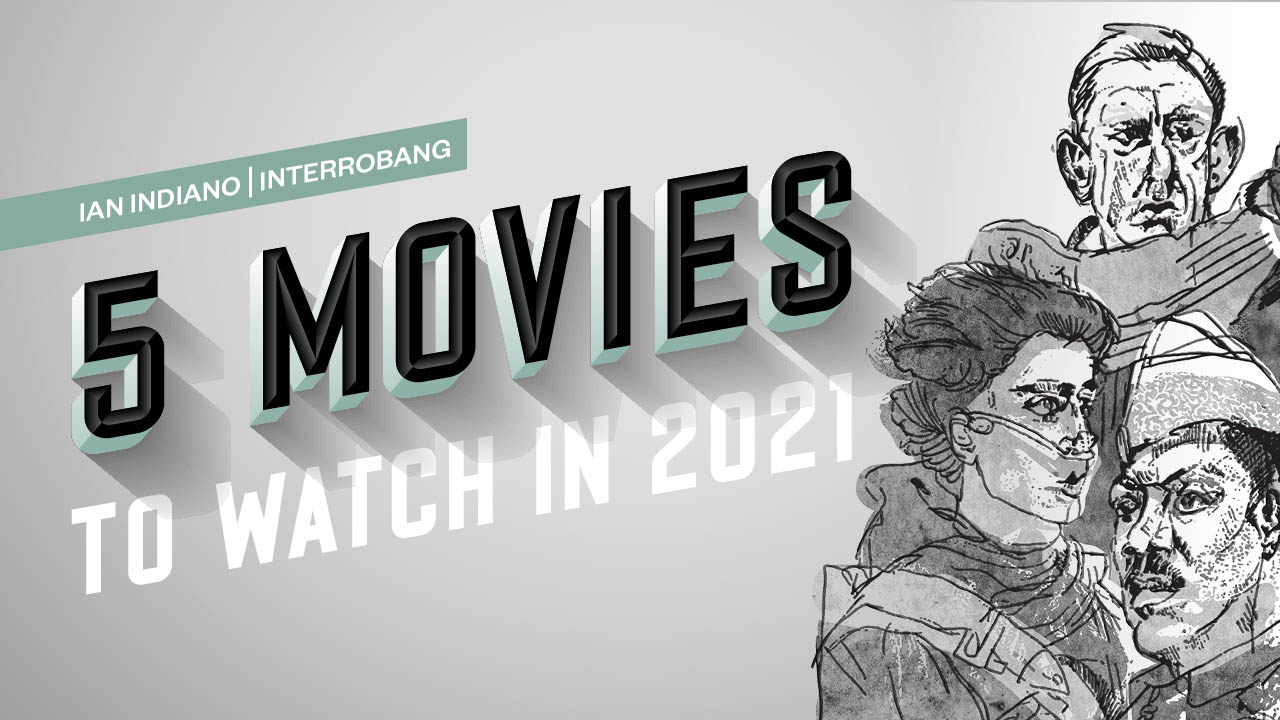 After many release dates being postponed, we can expect to see various big movies in 2021.

Some of the biggest movies scheduled for 2020 couldn’t find their way to the big screen, so 2021 will concentrate the releases from two years in one. To try to cope with the impact of the pandemic, Warner Bros even announced that in 2021 they will be releasing their movies in cinemas and in streaming platforms at the same date, which annoyed many directors. Although it is still too early to be sure if everything will go as planned, all the movies in this list are already completed and ready to debut as soon as possible.

Here are five new movies to watch in 2021 (either from the comfort of your home or in cinemas):

In Daniel Craig’s last appearance in the franchise, James Bond is enjoying his retirement in Jamaica. But his peace does not last for long when his old friend from CIA, Felix Leiter (Jeffrey Wright) pays him a visit asking for help. His mission: rescue a kidnaped scientist. But as always, nothing is too easy to 007. Bond will have to face a mysterious villain armed with a dangerous new technology, played by Oscar-winner Rami Malek.

After 33 years, the classic 1988 movie Coming to America (1988) will have a sequel. In the prequel, legendary actor Eddie Murphy plays Prince Akeem Joffer, from the fictional African country of Zamunda. The new movie is set after the first one. When Prince Akeem is about to become king of Zamunda, he finds out that he has a lost son in America. To honor the wishes of his late father to groom his grandson as the new prince, Akeem and Semmi (Arsenio Hall) fly to America once more, to look for the new prince in Queens, New York City.

For the Disney fans out there, another villain live action prequel is on its way. This time, Oscar-winner actress Emma Stone will be interpreting the young Estella, an aspiring fashion designer. The movie is set in the 1970s and follows Estella through the streets of London, UK. Orphan and penniless, she struggles to follow her dream. But her luck seems to change when she receives a commission from a rock star to design him a signature piece. Throughout the movie we see Estella slowly becoming obsessed with animal’s skins, especially Dalmatians, trigging her transformation from Estella to Cruella.

Originally planned to be released in May 2020, the new movie by indie director Wes Anderson is still waiting for a final release date. The movie tells the story of a small American magazine set in the fictional French town of Ennui-ser-Blasé. The plot follows three distinct stories tied together by the magazine. One is about a dangerous incarcerated artist who paints the portrait of his muse and prison guard and attracts the attention of an art dealer. The second is about French students who are involved in revolutionary protests. And the last story is about a food critic writing about a dinner party where one of the guests’ son gets kidnaped.

This was one of the most expected movies of 2020, and now the expectation momentum will be kept until next October. The movie is another adaptation of Frank Herbert legendary Sci-Fi epic book Dune (1965). Rebooting the last attempt by surrealist director David Lynch (1984), the new version tells the story of the desert planet Arrakis, also known as Dune. The planet is the only source of a substance called “the spice,” a powerful drug capable of extending humans lives and giving them superhuman capabilities. The planet is under the jurisdiction of Duke Leto Atreides. The protagonists will have to face enemies trying to control Dune, betrayals, and giant sandworms. If the surreal universe turns out to be successful in the bug screen, we can expect another long franchise based on Herbert’ work.
Movie lists Movies