From the Vault II reveals story of London's growth 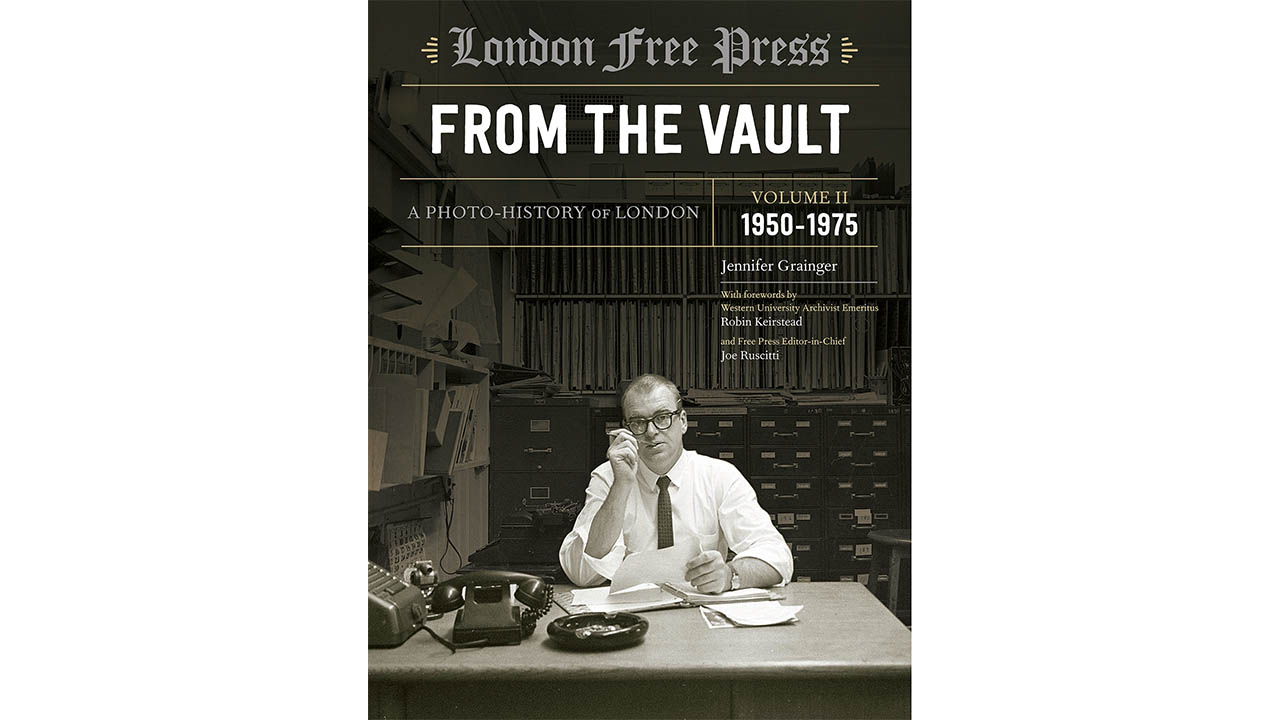 From the Vault, Volume II: 1950 to 1975 tells the story of London at the time, as told by London Free Press reporters.


A new photo-history of London reveals the city’s history of growth and expansion in the mid-twentieth century.

From the Vault, Volume II: 1950 to 1975 is the latest in a series of books exploring Southwestern Ontario’s regional history. This volume draws from over 1,250 London Free Press photos archived at Western University, as well as articles stored at the London Public Library.

Historian Jennifer Grainger told Interrobang it took her two years to complete the work. The process included digging through Western’s collection of photo negatives, then matching the dates of the photos to articles kept in microfilm in the library’s London Room

The result tells the full story of London finding its footing on Canada’s cultural map.

“This was a time when London’s population was really growing,” Grainger said. “It was the baby boom so there were lots of kids, and the city was stretching out, building suburbs, expanding and taking over villages around the city, and building all sorts of new neighbourhoods. It’s when London turns into the city that we know today.”

As a past president of the Architectural Conservancy of Ontario (ACO), Grainger said that overall she was surprised to discover just how many old buildings London lost in this time period.

“It seems like they were always knocking something down and a picture of the building that was going to be demolished was in the Free Press usually just before it was knocked down,” she said. “I think we lost a lot of buildings at that time. I had not realized that this was a time when a lot of the old London got knocked down and a lot of what we see in London today actually got built.”

The city’s rapid growth in this era meant that the Free Press was often covering new buildings, industries, businesses and schools, including Fanshawe College. Because of this, Grainger had a wealth of tangible material to work with that perfectly preserved the spirit of the time.

She said she wasn’t sure if today’s digital journalism landscape is enough to adequately capture our own present moment.

“We have the microfilm, and occasionally you do find papers themselves — clippings and entire newspapers and while that may not seem ideal, on the other hand if it’s digital, there’s the possibility that somebody can flip a switch and it’s all gone,” she said. “This is the concern. Is a paper document going to wind up lasting longer than something that’s digital or not?”

The future of digital content may be in question, but for now From the Vault is available for history and journalism buffs to purchase at most London bookstores.

Grainger is also available to discuss her findings in person over the counter at Attic Books in downtown London.