Why the American election matters for Canadian students 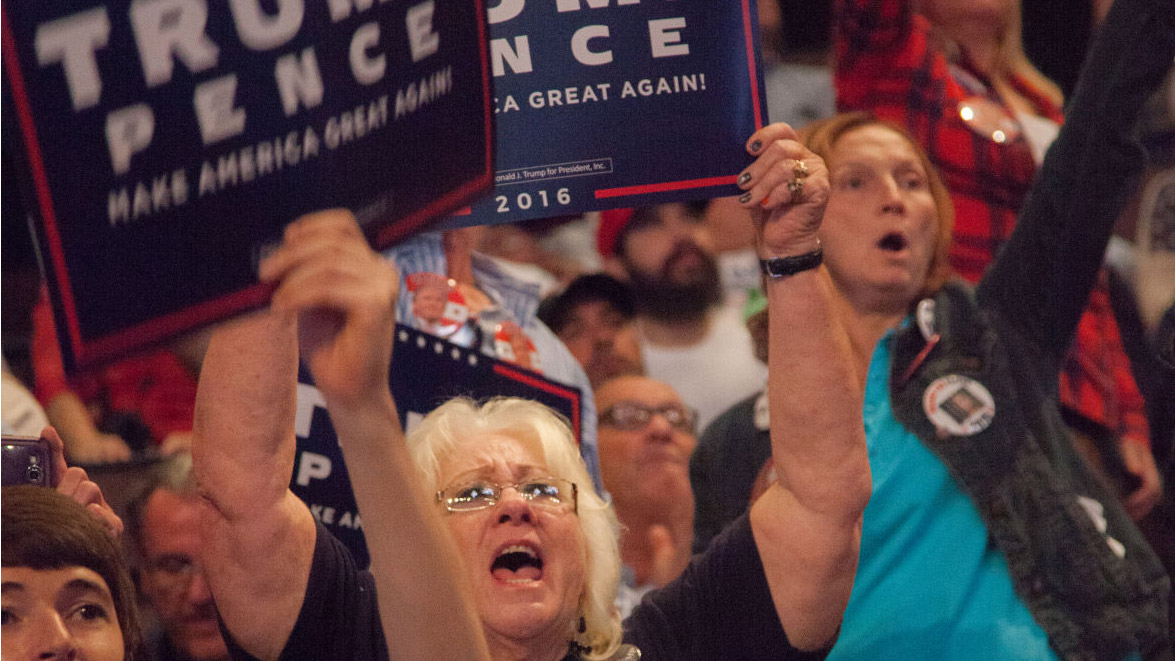 Credit: MAAILAH BLACKWOOD (GAZETTE)
"We are next door to a country that is sliding away from democracy at a pretty steep pace," said Matthew Lebo, political science department chair and professor at Western University. Pictured is a 2016 election rally for Donald Trump

The stakes are high in the momentous election just south of the border and the consequences could be great — even for students in Canada.

Matthew Lebo, political science department chair and professor of Western University’s “Trump vs. Biden 2020” course highlighted the potential dangers of the election results. The polarizing candidates each promise to steer the country in jarringly different directions — with contentious issues such as COVID19 and the appointment of a new supreme court justice on the minds of many Americans and Canadian-Americans alike.

The results of the election could impact Canadian students looking to study in America along with other international students, according to Lebo, making it more challenging for students to enrol in post-secondary institutions without support.

Although Canadians do not require a visa to study in the U.S., they do require documentation, such as an I-20 certificate.

Over one million international students attended post-secondary institutions in 2019 — including over 20,000 Canadians. As home to some of the most famous and prestigious universities around the world, the United States serves as a destination for about eight per cent of Canadian students who go abroad.

American universities are already expensive for international students, costing over $100,000 on average for a four-year undergraduate degree at a public institution. With poor economic conditions in the pandemic, Canadian students may have difficulty paying off debt incurred by living expenses and tuition — something which could prove more difficult for students living in the U.S. based on the economic policies of the future president.

“In the longer term, there’s been no help for students with large loans,” Lebo said. “So [there’s been] an inability to pay off debts [for students] going to expensive American universities.”

More broadly, the implications of this election for COVID-19 and Canada are also significant.

“The Trump administration has not done a good job of controlling the spread of the virus,” Lebo said. “It’s pretty much an uncontrolled spread across two-thirds of the states, the border is closed and no sign of it opening.”

The border closure has limited travel to and from Canada, which has impacted the country’s tourism industry, especially for towns and cities along the border. Additionally, some of the highest-risk areas in the U.S. and Canada are close to the border, such as Detroit, Cleveland and Windsor, which saw a high case counts due to their proximity to the border.

Lebo also raised the potential for violence depending on the outcome of the election. With U.S. President Donald Trump’s rising use of authoritative rhetoric and debasing the election’s legitimacy, Lebo points out that Americans may not agree on the outcome if Democrat nominee Joe Biden wins.

But, as the virus remains at the forefront of the public’s mind, election results become uncertain — making it critical for all eligible voters to head to the polls.

“Western students who are American citizens should get their absentee ballot in quickly ... the youth vote, the votes on college campuses is sometimes not very high,” Lebo said. “A lot of young voters don’t feel like they are making a difference … if they increase their turnout they’d have a huge effect.”

With students unrepresented in the political landscape due to low turnout in past elections, students’ votes are increasingly significant in determining this election’s outcome.

According to Lebo, when the margins are this tight, student votes can impact the outcome.

The 2016 election saw a narrow win for Trump by 0.2, 0.7 and 0.8 percentage points in Michigan, Pennsylvania and Wisconsin — three states which pushed Republicans to victory. This boils down to a difference of around 80,000 votes across the 3 states.

With an overall election turnout of 55 per cent of all eligible voters in 2016 — the lowest since 1996 — the election results could significantly differ with student votes.

The spike in voter turnout for generation Z and millennials during the 2018 midterm elections may foreshadow an increase in young votes for the 2020 election, as young people headed to the polls in higher numbers than ever before

“Every voter has to confront ‘I’m only one person, I’m only one vote, I can’t make a difference,’” Lebo said.
Donald Trump Joe Biden U.S. Politics

1
The empowering moments in Michelle Obama's Becoming
2
A history of athletes taking political stances
3
Unlocking the mysteries of American politics
4
Trump's second impeachment: It is only the beginning
5
Welcome to 2021: the year of renewal