Division is a distraction from the bigger picture 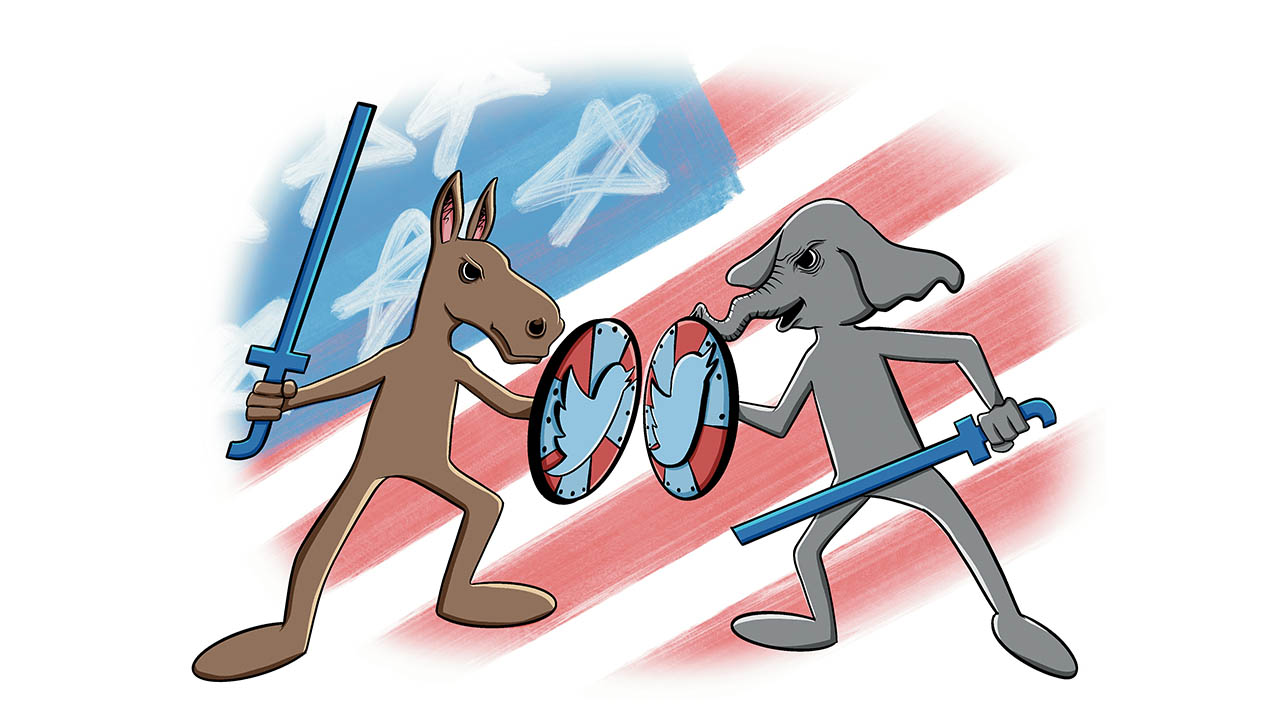 CREDIT: LANCE DAGENAIS
Opinion: This division is all part of the plan.

On the evening of Oct. 21, the FBI held a press conference.

According to John Ratcliffe, U.S. director of national security, the bureau found that Iran and Russia had taken “specific actions to influence public opinion” in the upcoming presidential election.

Ratcliffe said that both countries had obtained voter information from U.S. databases. While he did not explain what actions Russia had taken, he said that Iran is behind a series of intimidating emails and other messages to voters in battleground states, as well as for spreading false information about voting.

Specifically, the emails were made to look like they originated from far-right group the Proud Boys and said they would “come after” those who didn’t vote for Donald Trump

The apparent revelation echoed events from the 2016 presidential election, when the Russian government created thousands of social media accounts claiming to support Trump over Clinton. Trump denied the interference then, saying it was a hoax to explain his victory. This time around, some democratic critics are saying Ratcliffe, a former Republican congressman, is making partisan claims designed to undermine voter confidence in the current election.

The truth behind the announcement may never come to light, as both Iran and Russia were quick to deny the allegations. But at this point, after all Trump has done in the past four years to embolden conspiracy theories and discourage reliance on the mainstream media, it almost doesn’t matter.

When it comes to the authenticity of Ratcliffe’s claims, the only thing that’s clear is that nothing is clear. Americans don’t know who to trust, and that’s been the intention all along.

Divide et impera: Divide and conquer. This tactic has proven to be, time and time again since Julius Caesar conquered Gaul in 52 B.C., a highly effective strategy used to, well, conquer populaces in history.

A conqueror creates a divide in one large group by telling a story that manifests a common enemy people are forced to be either for or against (for example, a cabal of democratic Satanists who drink children’s blood). Power is then gained and maintained by creating smaller, less powerful groups and pitting them against each other.

As Hitler said of the Nazi party: “Our strategy is to destroy the enemy from within, to conquer him through himself.”

What better tool to achieve this than the internet? Than Twitter? Than Facebook? Than any social media platform where you’ll never know who is actually behind the account?

Give your fingers a break from defending your stances on social media, be they red, blue, black, white, conservative or liberal, pro-mask or anti, and look at the way division has been used throughout time to obtain power. Finding common ground with our enemies is difficult, but all we must do is study our history to know we’ve been here before.

“In the 16th century, [Niccolò] Machiavelli — in an attempt to get back in the good graces of the powerful — wrote a slim volume called The Prince. In that book he showed the powers that be how to control the people. That book is a statement: separate and rule, divide and conquer. That’s five hundred years ago and it still works, because we allow ourselves to be led around with holes through our noses.” — Maya Angelou
Editorial opinions or comments expressed in this online edition of Interrobang newspaper reflect the views of the writer and are not those of the Interrobang or the Fanshawe Student Union. The Interrobang is published weekly by the Fanshawe Student Union at 1001 Fanshawe College Blvd., P.O. Box 7005, London, Ontario, N5Y 5R6 and distributed through the Fanshawe College community. Letters to the editor are welcome. All letters are subject to editing and should be emailed. All letters must be accompanied by contact information. Letters can also be submitted online by clicking here.
Division Donald Trump U.S. Politics

Opinion: Students should be allowed to rename themselves on Zoom