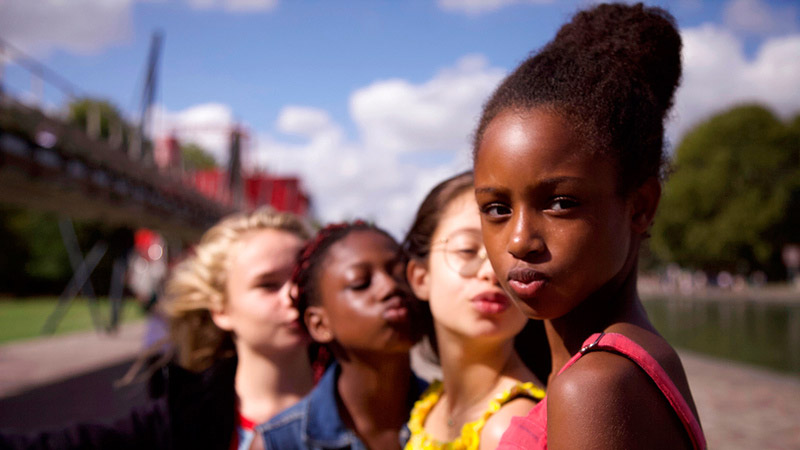 
Editorial opinions or comments expressed in this online edition of Interrobang newspaper reflect the views of the writer and are not those of the Interrobang or the Fanshawe Student Union. The Interrobang is published weekly by the Fanshawe Student Union at 1001 Fanshawe College Blvd., P.O. Box 7005, London, Ontario, N5Y 5R6 and distributed through the Fanshawe College community. Letters to the editor are welcome. All letters are subject to editing and should be emailed. All letters must be accompanied by contact information. Letters can also be submitted online by clicking here.
Disgusting, inappropriate, inspiring, influential, encouraging and propaganda. These are some reactions describing the confusing response to Maïmouna Doucouré’s debut film, Cuties.

By now, most have heard about the controversial film, the coming of age story of a young Senegalese girl living in France as she embarks on a journey of self-discovery through sexual liberation, or so she thought. The film highlights the complexities of finding an identity — sexual included — in the era of social media.

Like most coming-of-age stories, there are heartwarming, corny, and emotional moments peppered throughout the film. However, what sets this one apart is the in-your-face, uncomfortable sexual expression of children.

In the predominately religious world we live in, coupled with the immediate access to voice our opinion, the pushback against Cuties was unsurprising.

I get it, no one wants to see 11 to 13 yearolds gyrating on a stage in skimpy outfits or the promotion of said behaviour — I’m looking at you Netflix — but does that mean this film should not have been made?

If art is meant to imitate life, this film needs to exist.

Social media has changed what childhood looks like and that change needs to be reflected in the art we consume.

This forced attempt to reserve childhood by removing any possible growth through experience will only prove to be detrimental.

There is no hiding our new hypersexual reality nor would it be beneficial to pretend it does not exist.

Sex sells, it always has and always will and with its continued commercialization, children are exposed to it at a much earlier age.

We may not be able to stop this early exposure, but it is our duty to allow them the space to make sense of the world. Otherwise, it pushes children to feed their natural curiosity elsewhere which is exactly what Cuties explores.

The provocative imagery present throughout the film is meant to force an uncomfortable conversation with ourselves and society about children’s navigation of the new online world we’ve built. Instead what we see is misguided anger, and boycotting.

Netflix is facing felony charges in Texas for “[depicting] the lewd exhibition of the genitals or pubic area of a clothed or partially clothed child who was younger than 18 years of age.” And for the “prurient interest in sex,” according to USA Today.

We have the director, Doucouré being called a pedophile for her choice in using child actors.

It’s not uncommon to have actors of age play younger children especially in films with a mature subject matter, but Doucouré did not want to ruin the authenticity of her film. Instead she opted to have a psychologist on set through the entirety of filming to ensure both the actors and their parents could debrief in a safe and healthy way. To better understand Doucouré’s mind, I recommend reading Kovie Biakolo’s Slate Magazine interview.

All in all, Cuties attempt to hold a mirror up to today’s society may have backfired but my hope remains the same; with time comes the understanding we have to be the change we want to see.