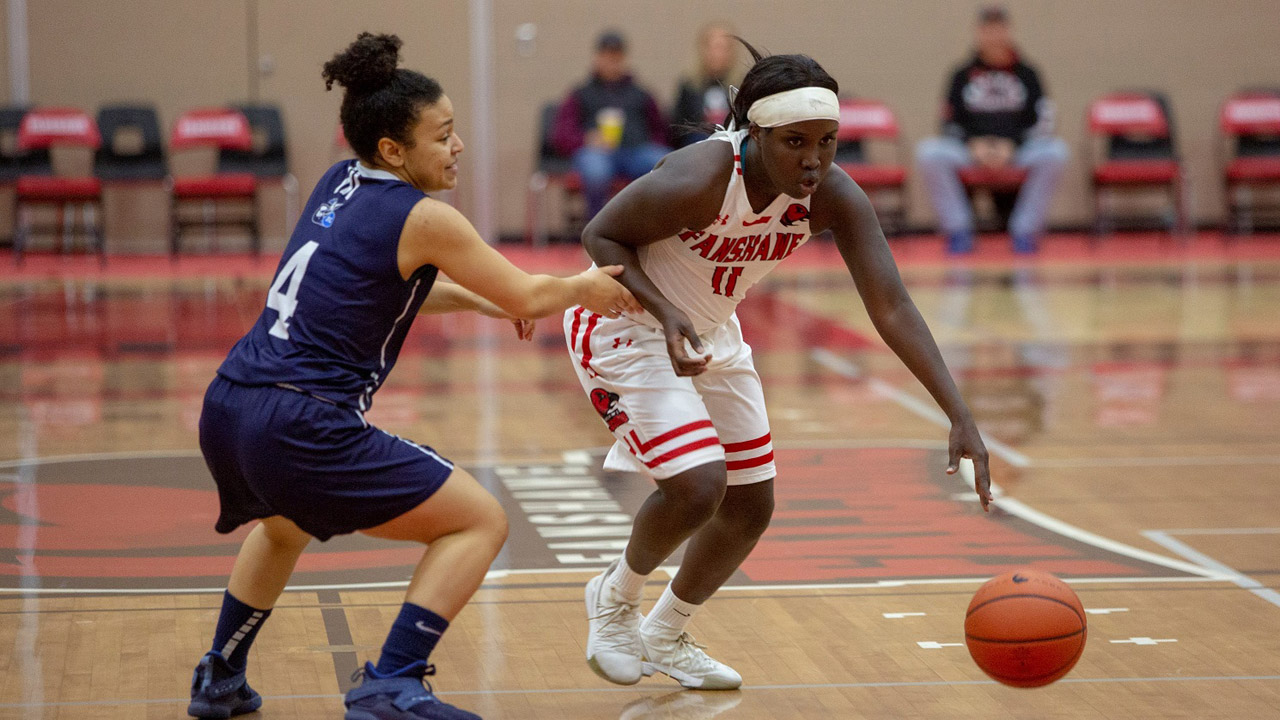 “It honestly feels like an honour, just taking in that there's so much talent in the league both in the OCAA [Ontario Colleges Athletic Association] and just across the country overall,” Angou told Interrobang. “Of course, on my team, there's talent as well."

She added that she enjoys forming relationships with her teammates and coaches.

“Playing basketball has made me establish relationships that I don't think I would have if I didn't play this sport.”

The press release said during the 2019/2020 regular season, Angou led the CCAA and set a new OCAA record for best free throw percentage in a season at 89.6 per cent. She averaged 18.4 points per game and led the conference with 28.5 points per 40 minutes. Angou also had a 40.2 per cent shooting average and the leading West Division’s three-point percentage at 36.2 per cent.

During the OCAA Provincial Championships, Angou recorded an average of 25 points, 4.7 rebounds, 4.3 assists, and 1.7 steals per game. Her free throw percentage clocked in at 92 per cent and shot nearly 40 per cent from a three-point range.

“It's a well-deserving honour for her,” Carriere said. “She works extremely hard with her game, as her leadership role, and has a great team-first attitude.”

He added Angou is a huge reason for the team’s success, with her strong offence and defence and ability to aspire every Falcon on the team to become a better player.

“She scores the ball extremely well, so offensively I would say she's the best shooter in the league. She handles the ball well. She defends well. She communicates well defensively and most of all, she's extremely competitive.”

The Falcons, who had an 18-game win streak finished their season by clinching the OCAA Champions title for the second consecutive time. For Angou, winning two Provincials in a row was a highlight for her in her career because it represents Fanshawe basketball and their traditions.

“It just shows how we work so hard — like the effort that we put in at practices on and off the court and everything,” she said. “It definitely just shows that we have so much talent, again, at Fanshawe and in London overall.”

The team was scheduled to head to the CCAA Women’s Basketball National Championships in Nanimo, B.C. in mid-March, but the event was cancelled due to COVID-19 concerns.

“It definitely was a heartbreaker at first but now, just realizing that there's not really much that we can do,” Angou said. “[We’re] kind of using it as a little fire to prepare for next year and use that as motivation to get back to where we're at and hopefully just have the chance to compete at Nationals next year."

Carriere said that if the tournament were to run, it would’ve been a great opportunity for the team to compete and potentially do better than the previous year at Nationals, and for his family and fellow coaching staff — wife Theresa Carriere and daughters Nicole and Danielle Carriere. He acknowledged that COVID-19 is quite serious and is looking towards a positive future.

“We host Nationals next year and Chuot gets to come back and hopefully we can feel the team that’s just as good as this year.”