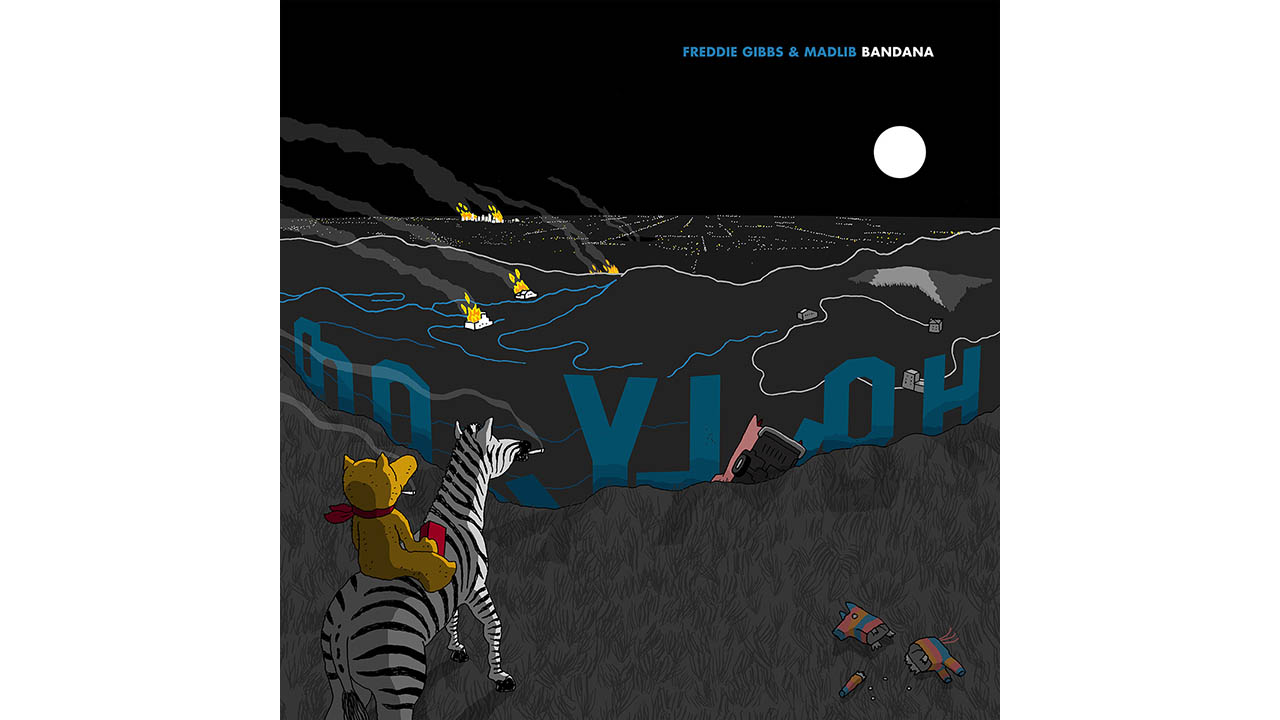 Where do you start with one of hip-hop’s most enigmatic figures?

Madlib is an elusive artist to say the least. Currently, the only way to reach Madlib is potentially through his iPad, as he does not own a phone. The point is, he does not want to be bothered as he devotes himself to his craft and the pursuit of digging through record crates.

Madlib also does not usually participate in interviews and when he does, he does not open up very much. Madlib keeps up the elusive image because he wants to be remembered for his music, not for his celebrity. To respect that, this introduction to Madlib will focus on the music.

Madlib is most known for his production efforts and collaborations with MF DOOM, J Dilla and most recently, Freddie Gibbs. Madlib has a penchant for pseudonyms. His solo names are Quasimoto, Yesterday’s New Quintet, DJ Rels, the Beat Konducta, and the Loop Digga amongst others. During collaborations, he will often blend the names of each artist to make new pseudonyms like Madvillain, Jaylib, and MadGibbs. Other famous associated acts include Peanut Butter Wolf, Talib Kweli, De La Soul, Hemlock Ernst and Mos Def.

A lot of the genius behind Madlib comes from his ear. Madlib is constantly buying and listening to records. It is rumored that he has over four tonnes of records in his LAbased studio. A lot of Madlib’s sampling comes from soul, funk and Brazilian jazz music. The first step to understanding Madlib’s genius is to listen and do your homework. Here is a guide to some essential listens that will introduce you to Madlib:

Piñata is the result of one of the greatest producers of all time teaming up with one of the best living rappers in order to produce “a gangster Blaxploitation film on wax,” according to Madlib in a press release. They delivered with gusto, as these projects are considered modern masterpieces already. In a 2013 Rolling Stone interview, Madlib said that he sees Freddie Gibbs as “a new version of Tupac.”

Madvillainy is one of the greatest rap albums of the 2000’s. MF DOOM is a deep, raspy-lyrical assassin that hails from the underground. Check out his album Mm.. Food for an introduction. The tone of this album is a couple of supervillains having way too good of a time in the hood.

However, Madlib’s production is what makes this image pop so well. Mixing the sounds of gangster-rap with the vast wealth of samples that Madlib has accumulated results in a timeless album. This album deserves an in-depth analysis of the samples and lyrics. Give this album a listen immediately, it will always be one of the all-time greatest hiphop records.

This is one of my all-time favourite Madlib projects and one of my favourite rap albums in general. Quasimoto is an alter-ego of Madlib’s that was birthed out of not liking the sound of his own very deep voice. To combat this, Madlib slowed the recorder down and rapped slowly over his tracks, then later he speeds the rap up. The sped-up version of the raps results in the cartoony, high-pitched voice of Quasimoto.

Quasimoto is depicted as a small, yellow aardvark-like alien that is often brandishing a brick with a cigarette in his mouth. The cartoony look and sounds of Quasimoto fits in well with Madlib’s direction of the character. Quasimoto can be seen as a satirical take on the gangster-rap genre with comedic bars about serious topics like drug-use, violence and sex. An element of braggadocio is prevalent throughout Quasimoto’s discography which is a welcome change to the typically reserved Madlib.

Madlib is hip-hop’s best kept secret. Start with these four projects and you will be on your way to an understanding of some of the greatest musical efforts in hip-hop. Check out some of Madlib’s solo work with these projects: Yesterday’s New Quintet, the Beat Konducta and any of the jazz albums he has released. Enjoy hip-hop’s most reclusive genius and the incredible acts associated with him.
Hip Hop Madlib Music

1
Cultural almanac for 2023
2
Boybands: from then to now
3
How Taylor Swift shaped the path for young female artists
4
London's scene has changed, but the music lives on
5
Say it with a bang submission: Why Dogrel by Fontaines DC is my favourite album of all time

Necessity: The mother of all creation