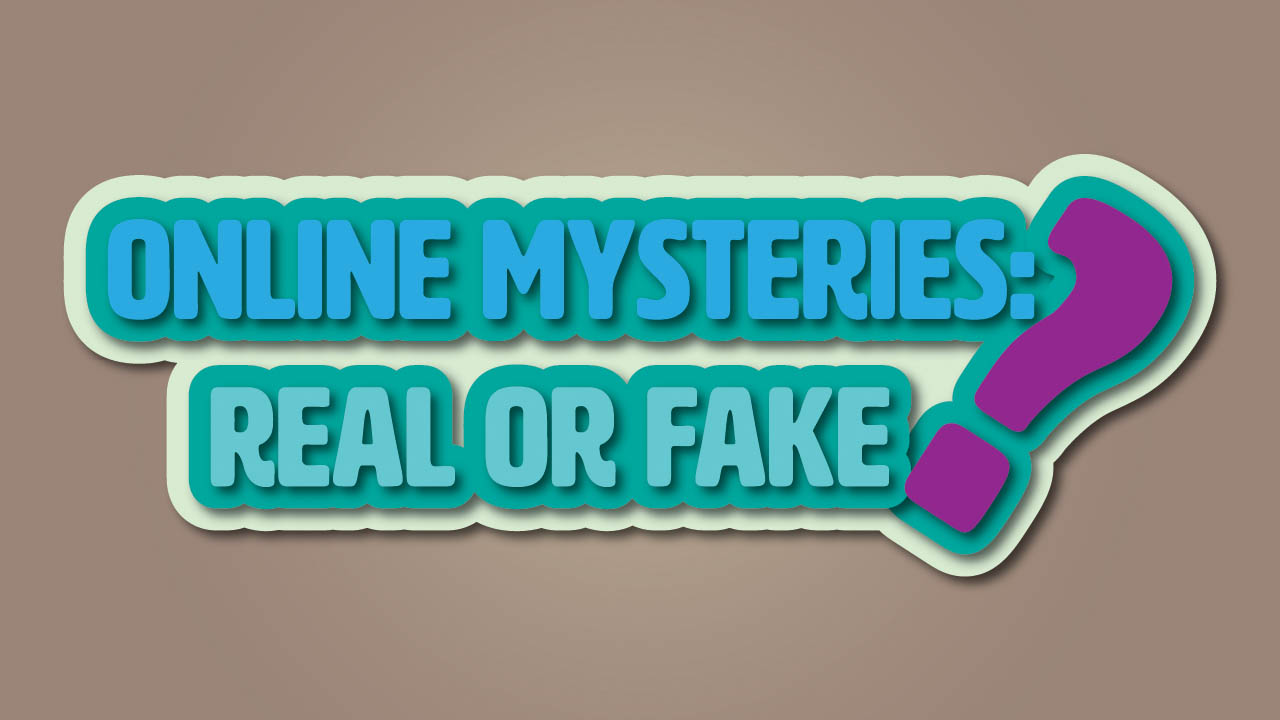 Alternate Reality Games (ARGs) are interactive stories that involve sinister themes that take place in real life. It’s common that they begin on social media and eventually create an expansive web of creepy links and unsettling pictures. Usually an ARG gets debunked within a few weeks of being released by internet investigators, but there have been a few cases where the story is left unsolved and the question remains: is someone making this up, or is what I’m seeing real?

In June of 2015, a video by Obscure Horror Corner (OHC) on YouTube was uploaded that showed footage from a computer game called Sad Satan.

The user claimed to have been sent the download link by someone on the deep web. The gameplay footage was disturbing to say the least and people went insane over this game. On reddit. com, a user claimed to be the owner of the original link. It’s been discovered that the first upload was actually a fake Sad Satan version made by OHC.

OHC claimed to be receiving the real game but had to alter it due to illicit materials such as heavy gore. This means that the reddit account that posted a link had another fake version of the game. What we know now is that the original game is somewhere on the deep web, no one knows who originally made it or why and some people wonder if this game is haunted.

Do not search for downloads of any versions of the game. There are rumours that the download links lead to a bad computer virus and disturbing photo files. There is censored gameplay on YouTube if you’re curious about what the game is like.

There are many conspiracies surrounding this video.

A man with a censored face sits at a table and weeps as he is slurping up what appears to be food from a soup bowl. Slowly, the door behind him opens as two people in mascot costumes approach him but the man continues to hysterically eat from the bowl. What we know is that the mascot suits belong to director Raymond Persi who used the mascots in his performance show, RayRay. The suits had been stolen before a live show, and soon after Persi came across the video.

Persi has explained that he is shocked at how the culprits have mimicked his characters movements so precisely, as his hired actors take weeks to get it right. This means that whoever stole the suits, most likely had been watching Persi and his shows for a long time.

The biggest question that the internet has been asking is what exactly is in the soup bowl? There have been theories from regular food, to human meat or even feces. There is also discussion over whether the man is crying or laughing into the bowl. Is this a real torture video from the deep web?

The pie that never existed

Since 2009, there has been a community of reviewers that rave about Captain Kutchie’s famous pies, specifically the key lime pie.

The mystery is that this brand of pie and the restaurant it comes from, Key Lime Pie Factory and Grill, has never existed. There was a restaurant called Kutchie’s Key West Bar & Grill, but it hasn’t been open since the ‘90s. On many recipe review sites, you can find many comments complimenting this mysterious key lime pie. Some of course may be just jumping on the bandwagon and having a bit of fun. However, there is one specific commenter that is really suspicious.

They will write cryptic messages in which they capitalize all their words. Most of these comments are by a user named Jake Carson. By running a quick google search on ‘captain Kutchie’s key lime pie reviews; you’ll come across many reviews on the most unrelated websites with the same repeated written review. Could this be just one person on hundreds of websites, or multiple people communicating through a secret message? You decide.
Alternate Reality Games (ARGs) Hoax Mysteries