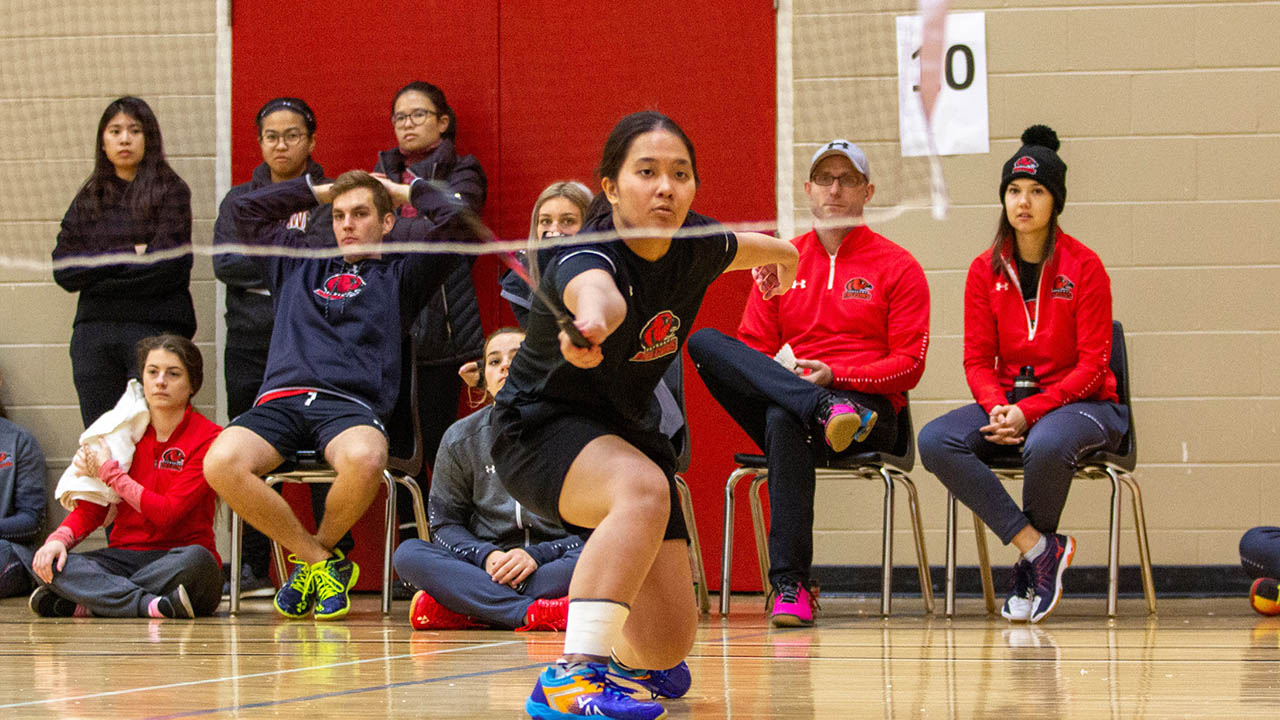 For Fanshawe Falcons badminton star Han Pham (culinary management), the sport has been part of much of her life.

She started back in her home country of Vietnam around 12 years ago. She left home when her parents sent her to live abroad.

“I chose Canada and London’s pretty nice too,” she said. “That’s why I chose Fanshawe.”

Pham started her first year of college in October 2018, so she missed the tryouts that ran a month before. She joined the team after another athlete dropped out and asked her to join to play for the rest of the 2018/2019 season.

She finished her first year on the women’s badminton team on a high note, as she and former teammate Helen Ngu won the Canadian Collegiate Athletic Association (CCAA) National Bronze Medal for women’s doubles. Pham said her win was unbelievable because she wasn’t even part of the team for half a year when she went to Nationals. It’s also unique from playing badminton in Vietnam.

“We don’t have regional, provincial [or] national, so I didn’t really believe that I can make it,” she said. “But it’s pretty cool and [a] great opportunity.”

Pham added that badminton is quite popular in Asia, and she considered herself an amateur compared to other players back home.

“I just played for fun,” she said. “Here, it becomes serious.”

The Falcons kicked off their season by heading to Toronto for the Humber Tournament from Oct. 11 to 12. Pham was unable to attend, so she was feeling nervous heading into the Fanshawe Tournament from Nov. 15 to 17. However, she felt better once she knew who she was up against.

Pham tied for third in women’s singles with Humber Hawk Susanna Quach during the Falcons’ host tournament. Pham and Maeyen Chua (hospitality and tourism management) placed second in women’s doubles with a 3-1 record.

“I just try my best every single game, but I went to National(s) last year so I keep the same goal for this year, too.”

She wasn’t sure of her strategy to get to Nationals, as that’s more of the coaching staff’s role, but said that since she made it to Nationals last season, she thinks they’ll follow the previous season’s plan.

Fanshawe Athletics announced on Nov. 19 that the Falcons are the top 13th badminton team in the CCAA rankings. Sports information officer Nicole Carriere also told Interrobang that out of all of the Ontario Colleges Athletic Association (OCAA) teams, the Falcons are the top fifth. Pham was happy the results, but acknowledged it’s from a team effort.

“I just feel I contribute a little bit in it because the whole team [is] working on it too,” she said. “But it’s good.”

The men’s and women’s badminton teams return to Toronto for the George Brown Tournament on Dec. 7 and 8, which will be their last tournament before the New Year.
Athletics Badminton Fanshawe Falcons

Healthcare students disregard their own self-care