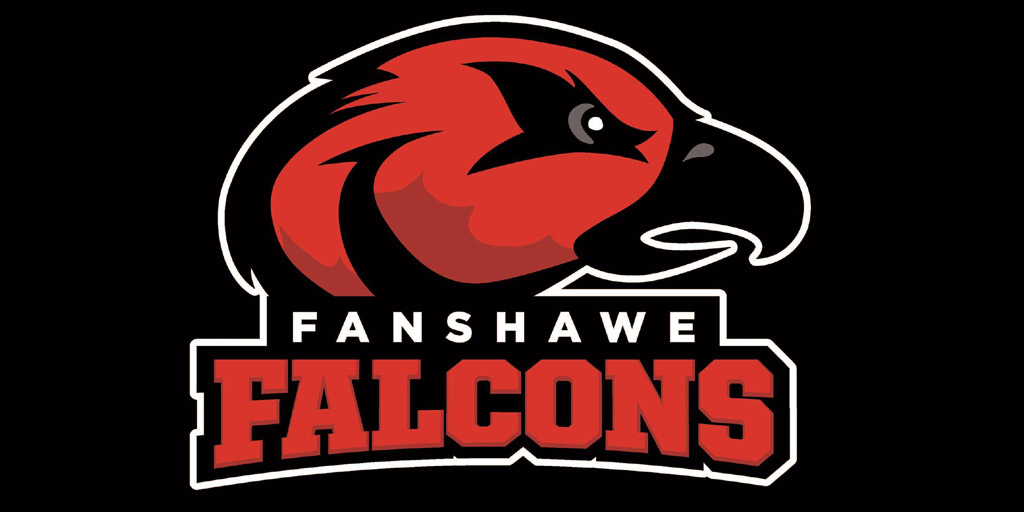 The 2019/2020 season for several Fanshawe Falcons teams has been jam-packed with plenty of victories and even a few honours under the Ontario Colleges Athletics Association (OCAA) and Canadian Collegiate Athletic Association (CCAA).

Many press releases from Fanshawe Athletics and the Fanshawe Falcons website highlighted the first few months of the season. The cross country and soccer teams have Provincials and Nationals on the horizon, whereas the golf, baseball, and softball teams completed their season.

Below is a list of the highlights from the 2019/2020 season for the Fanshawe Falcons.

On Oct. 2, the Falcons’ men’s baseball team defeated the Lambton Lions 5-0 and secured their fifth straight win in a row and during their final home game of the season.

The Falcons then traveled for their last few games of the season. The team won 7-4 over the Humber Hawks on Oct. 5, but then lost to the Durham Lords 8-1 on Oct. 6. The Falcons picked up two more wins, at 9-4 and 7-0, during two games with the Lambton Lions on Oct. 9 and concluded their season by dropping their Oct. 11 game with the St. Clair Saints in a 2-0 loss.

Fanshawe’s men’s baseball team finished in fifth place in the OCAA, according to the OCAA website.

Coach Brian Harvey said in an email interview with Interrobang that highlights for him were performances by rookies Joe Blakely (plumbing techniques) and Braden Halford (business - finance). Pitcher Blakely threw the most innings for the Falcons this season and led the team in strikeouts with 33. Batter Halford led the Falcons in offence by batting over 400 and gaining seven stolen bases.

“Next, is to get these guys lifting weights three days a week until the end of school in April,” Harvey said. “Our indoor workouts start in January also.”

He said any future players for the 2020/2021 season, both new and returning, can email him about the team’s three days a week weightlifting program at bharvey@nullfanshawec.ca.

“Patrick Smith has been a valuable asset this year and uses his knowledge from previous competitions to be a tremendous role and leader amongst his teammates,” said Coach Ashley VanderVecht in an email to Interrobang.

The OCAA Championships for Cross Country are scheduled on their website for Oct. 26 and will be hosted by St. Clair College at Malden Park in Windsor, Ont. and the CCAA Championships, according to the CCAA website, will be held in Grand Prairie, Alta., on Nov. 9.

The men’s and women’s golf teams concluded their season during the CCAA Championships in Sorel-Tracy, Que. from Oct. 15 to 18. A Falcons Weekly newsletter for the week of Oct. 21 said the men’s golf team finished fifth in the 54-hole tournament and the women’s team finished in sixth.

Fanshawe Athletics announced on Oct. 2 that Code was crowned the OCAA Men’s Individual Golf Champion during Provincials, where both the men’s and women’s golf teams each earned a Provincial Silver Medal. Code was also the OCAA Star of the Week for the week ending on Oct. 6.

Coach Colin Robertson was unable to provide comment before this article was published, but Interrobang congratulates the team for their success this season.

Rob Pereira, the coach for the men’s soccer team, said he’s proud of the team. He added the Falcons’ consistency stood out for him during the 2019/2020 season.

The women’s soccer team had a successful 2019/2020 regular season. On Oct. 8, Fanshawe Athletics announced that the Falcons became top in the CCAA for women’s soccer for the first time in the team’s history.

Fanshawe Athletics also announced on Oct. 5 that the team set a new unbeaten streak record because they hadn’t lost a game since Oct. 27, 2017. As of Oct. 19, the Falcons were still undefeated with 24 games either won or tied after a 7-0 win over the Centennial Colts.

Striker Jade Kovacevic (marketing management) also earned several honours, including the SupplementSource. ca Fanshawe Female Student-Athlete of the Month for September 2019 and OCAA Star of the Week for the week of Sept. 24. She’s also the first soccer player to collect 100 career goals in the OCAA and break former Cambrian Golden Shield Tiffany Johnson’s OCAA record for the most career goals in women’s soccer.

Coach Mike Marcoccia said the team knew Kovacevic would achieve her victories. He also said that for the 2019/2020 season, the team had an interesting mix of new and returning players, with some players having a seven to eight year age difference between their teammates.

“For these players to work together, to get along, to enjoy each other on and off the field, I think, has probably been the main highlight for me,” he said.

After the OCAA Women’s Soccer Championship comes to a close on Oct. 26 in Ancaster, Ont., as scheduled on the OCAA website, the CCAA Championships take place. The CCAA website scheduled the Championship from Nov. 6 to 9 in Edmonton, Alta and hosted by Concordia University of Edmonton.

This article was written before the Oct. 23 match with the Niagara Knights, which led to a 2-0 win for the Falcons.

The women’s softball team finished fifth in the OCAA and with two awards to add to Fanshawe Athletics’ collection of medals. A Fanshawe Athletics press release from Oct. 17 announced Morgan Lowry (bachelor of interior design) as the OCAA Softball Rookie of the Year and Kennedi Roth (environmental technology) as the OCAA Softball League All-Star. It’s the second consecutive season that a Falcon was honoured with the OCAA Rookie of the Year title, previously held by Nichole Erb (bachelor of early childhood leadership) in 2018.

Lowry led the OCAA in strikeouts per game with an 8.81 average and was third provincially with an ERA of 1.56. Lowry’s first season finished with 14 hits, eight runs, and nine RBIs.

Roth, who played shortstop and outfield for the Falcons, was in the top five for hits (35) and runs (31). With a .432 batting average, Roth also had a league-high 21 stolen bases.

Coach Catherine Arthur could not be reached for comment, but Interrobang would like to congratulate her team for their accomplishments throughout the season.

Visit fanshawefalcons.ca for the latest updates on all of the Fanshawe Falcons teams and for more details on their future games.
Baseball Cross Country Golf Soccer Softball