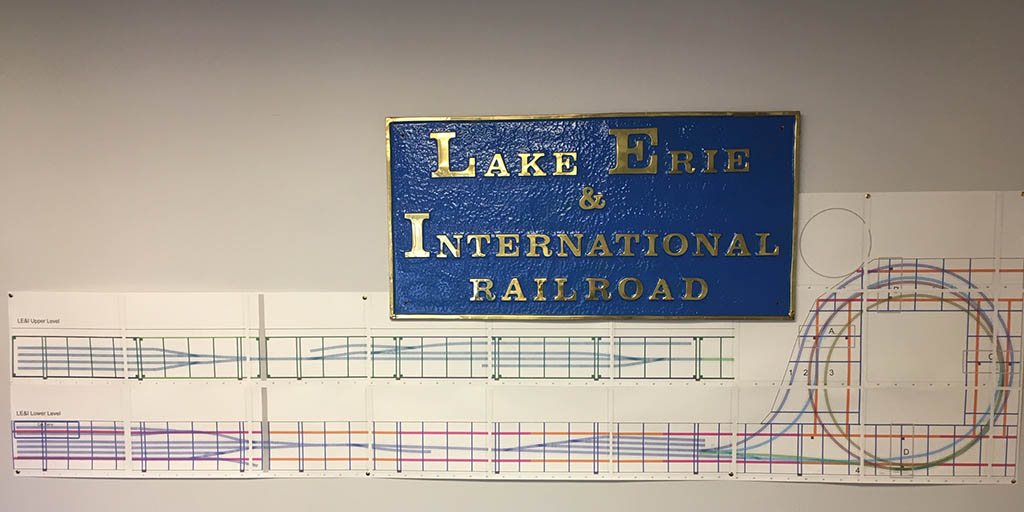 The London Model Railroad Group (LMRG) is working on an elaborate two-level layout in its new south London location.


The London Model Railroad Group (LMRG) has embarked on a new journey.

The group recently moved into a new south London location at 4474 Blackie Rd., unit 127, where it has been busy designing and building a model railroad that combines nostalgic themes with new technologies. The facility will be open to the public during this year’s Doors Open London event from Sept. 14 to 15, as well as the first Tuesday evening of the month year-round.

The group hopes the event will spark interest from potential members who are 18 and older.

The LMRG was founded in 1938, with its new location being only the third in its 80-plus year history. The new two-level layout features long runs, sweeping vistas and a 12-inch helix that allows trains to travel from one level to the other.

The group spent all winter planning out a model layout that depicts the London and Port Stanley region as it might have been in the ’70s, using modern-day components.

In addition to realistic scenery and buildings, the layout will offer an interactive experience using animation and automation.

Chiasson said that an Arduino programmable control will be used to animate figures, crossing gates and some portions of building structures that are moveable. It will also operate traffic lights and building lighting.

He added that there’s more to model railroading now than ever before.

Chiasson first joined the LMRG while studying in university. He said being a part of the group gave him the opportunity to learn a multitude of technical skills, as well as keep local history alive.

Doors Open London is a citywide heritage event giving Londoners interactive access to museums and organizations. During this weekend and the monthly open house nights, visitors can check out the LMRG’s progress as member’s construct bench work, install wiring, and lay track and switches. A history of the club and instructional displays will outline the club’s origin and future direction.

“The upcoming Doors Open event is about telling your history, and this is a great opportunity for us because since 1938, this is only our third location,” said Chiasson. “It’s a much smaller location than we’ve had previously, but because of the number of members that we currently have and the level of detail that we want to put into the layout, it’s what we can manage. Everybody’s welcome to come and take a look.”