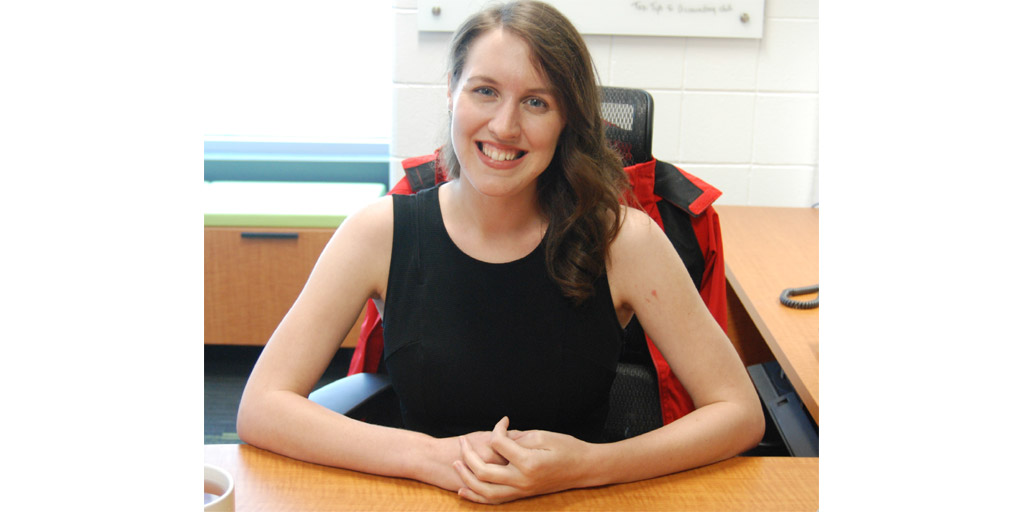 Credit: EMILY STEWART
FSU finance coordinator Julia Brown will remain acting president until the upcoming FSU by-election, which does not yet have a set date.

The Fanshawe Student Union (FSU) begins a new school year with an interim president and an upcoming by-election.

Julia Brown, who is also the FSU’s finance coordinator, took over the role as acting president after Abdullah Qassab was no longer FSU president, as initially reported in an Interrobang article published online on July 23.

Brown said she’s enjoying the experience, including learning about different services offered by Fanshawe College, such as academic appeals.

“Most students, when they have an issue, come to the president because they don’t know who to go to yet,” she said. “And you kind of delegate them from there.” Brown said that so far, it’s “business as usual,” as the FSU makes sure the operations continue as planned while also making the transition smooth for the new FSU president, to be determined via a by-election. Entering her second year of business-finance this fall, she will continue her role as acting president until then. While the presidential role was full-time in the past, the position will be part-time for the school year with the FSU president-elect, who will be a full-time student.

Brown said the job will be similar to her position right now, as she balances her finance coordinator duties.

“Technically speaking, I think I’m part-time right now. It definitely doesn’t feel like it some days,” she said. “But then other days I focus mostly on finance, so I think it’s making sure that we’re able to give that person that balance.”

Along with a new president, there will be a new Student Administrative Council Board of Directors. Cole Ayerst, the chair of the SAC, explained that the board is currently inactive, as it’s just him and the SAC secretary Christine Belanger remaining, which he confirmed in a follow-up email. He said four members left because they are graduating and the by-election would also elect new directors.

Ayerst said the board met often to plan what’s next, including the FSU president role becoming part-time for the upcoming school year.

“We ended up getting in contact with our lawyer with the FSU, making sure that everything was handled to the best legally,” he said. “As well as making sure that we were acting in the best interest of the members, the students, and through the due diligence that was taken, that just seemed like the best route.”

Ayerst said that since “the students are members”, it is important for them to keep updated on the situation, including how they can get involved as either president or a director.

“There is quite a responsibility that comes with it,” he said. “And understanding having that fundamental knowledge before you even run is crucial.”

Brown said that it’s important for students to follow any updates regarding the FSU, as their student fees pay for the services. She also spoke to several post-secondary graduates from different schools, explaining how the FSU helps students, and those grads didn’t know about the services at their own school.

“We have a lot going on and I would encourage people to just know what’s going on so they don’t feel like they missed out,” she said. “But also know where their money’s going.”

Brown said that if students have any questions or concerns, to talk to someone at the SC 1001 front desk.
Cole Ayerst Election Fanshawe Student Union FSU election Julia Brown

1
Resources available at Fanshawe
2
Unlocking the mysteries of American politics
3
Canadians re-elect a Liberal minority government
4
Getting involved at Fanshawe
5
Class Representatives: There for you