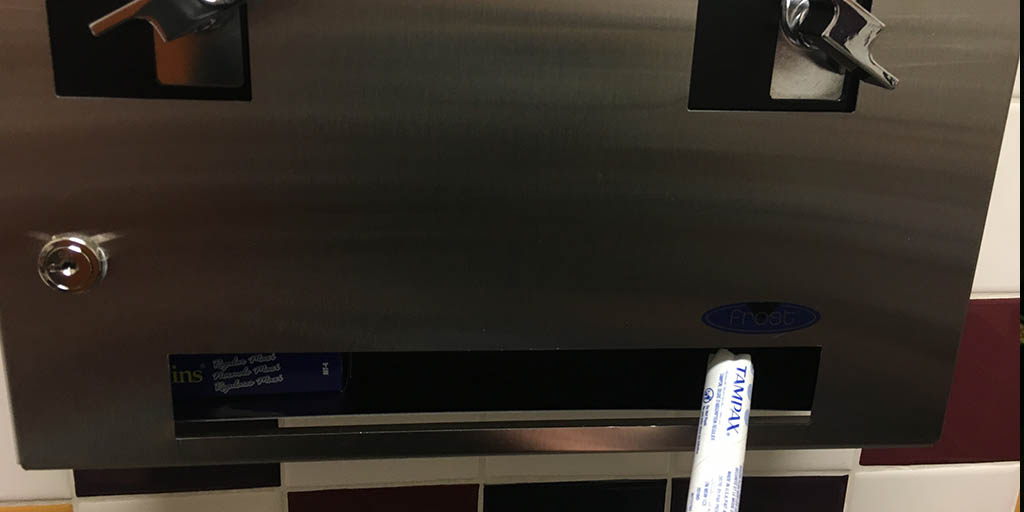 Earlier in the spring, London passed a motion making it the first city in all of Canada to offer free feminine hygiene products in all city-owned, publicly accessible buildings.

Local feminist and founder for Here for Her, Rachel Ettinger, along with Matt Sereda, the equity and inclusivity education learning co-ordinator with the Thames Valley District School Board, spearheaded the motion by bringing it to city council. The two first met in 2018 when they were successfully able to get free menstrual products in high school bathrooms.

“We had teamed up last year to get free menstrual products in all bathrooms in high schools through Thames Valley district school board. He was the one who put that pilot project into place. Than we chatted about it on my full-time job at Virgin Radio London, so it was an awesome collaboration and now it’s starting to happen across Canada,” Ettinger said. The success lead them to wanting to get these products available on a larger scale.

“So we decide that we should propose this in front of the City of London, which we did, and it was passed unanimously and here we are now. London is the first city in Canada that provides free menstrual products in all publicly accessible city-owned buildings, which means libraries, arenas, anywhere that the public can access that the city owns, will have menstrual products,” said Ettinger.

The reasoning for this change has developed from many different arguments revolving around menstrual equity. Many low-income women can’t afford menstrual products and often turn to unsanitary options. Although the London Food Bank does offer sanitary napkins and tampons, some women have to choose between their menstrual health and food for their family.

Mandi Fields, the founder of the London chapter of the Tampon Tuesday initiative, has met women who have experienced desperation to take care of a basic human need.

“I’ve heard one really horrible story about a young homeless woman. She would collect used cigarettes butts, save them, and use some old, brown, scratchy paper towels and make her own tampons. It’s a real issue,” Fields said.

The move to support menstruating individuals in poverty has seen waves across Canada. The federal Liberal government has stated that if they win the 2019 federal election, they will push for free feminine hygiene products in federally regulated bathrooms across Canada.

“I feel like it’s a necessity and it’s not something we should pay for. It’s crazy, the numbers when you look at them, [of those who] have to miss out on school because they don’t have proper sanitary napkins or menstruation products, which is sad,” Smith had said in a September interview with Interrobang. “We live in a first world country, a very developed country where I feel like those who use these products should have access to these things and they shouldn’t have to miss out on school or any sort of academic because of it, because it is a natural body process. It’s natural and these products are a necessity.”

London city council has begun planning out the budget and is working on what supplier they plan to utilize. Although this is a large step for the city, Ettinger said she hopes to see more change across the country.

1
London earns title of UNESCO City of Music
2
How Fanshawe College became the site of The Amazing Race Canada
3
Adopt-A-Student Family Campaign a success
4
Nshwaasnangong Centre opens its doors for Indigenous children and families
5
Honouring Terry Fox, 41 years after his visit to London