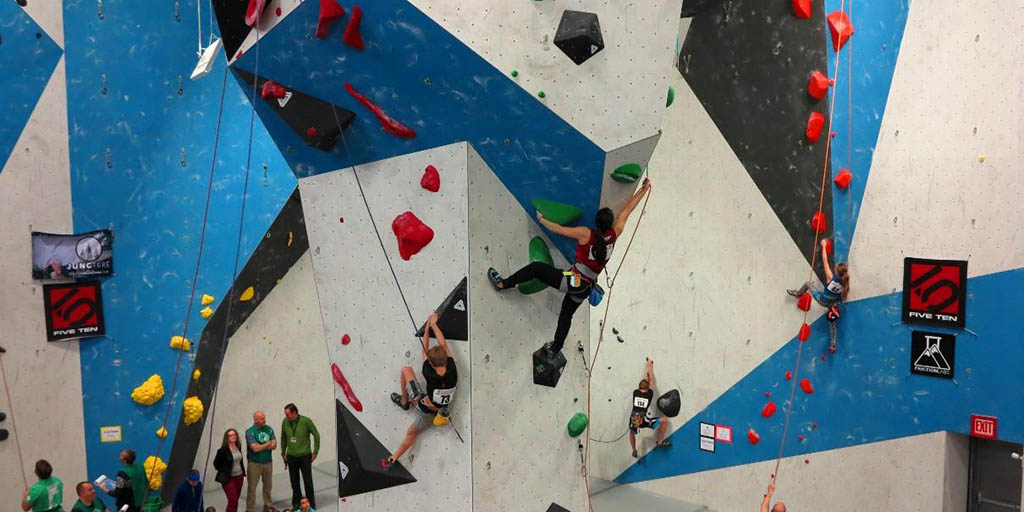 CREDIT: PROVIDED BY KEVIN KAISAR
Rock climbing is not as easy of a sport as it may seem. London will get to see this firsthand with the Junction Climbing Centre hosting the Ontario Climbing Federation's Youth Climbing Competition.

Junction Climbing Centre will be hosting the Ontario Climbing Federation’s Youth Climbing Competition on April 6 and 7.

It is one of eight competitions happening the 2018/2019 season. It is the last round of competitions before provincials are held in Quebec. There are two categories of competition: bouldering and difficulty. From there are other subdivisions that competitors can choose from.

Throughout the last few months, competitors have taken part in local competitions to qualify for provincials. Scores are determined by how well and how high they climb.

The top competitors will represent the province at Nationals, taking place in Montreal.

Junction itself has a competitive team with 25 people.

Kevin Kaisar, manager of Junction Climbing Centre said he “fully [expects] a few of [their] climbers to make provincials. [They’ve] made nationals a couple of times in the past”.

During the week of competition, the Junction competitive team will have to go to different climbing gyms to prevent an advantage over other competitors as the gym starts setting up walls and putting up brand new climbs.

Kaisar encourages more people to take up climbing as a sport because of the many benefits it offers for people of all ages, economic stability, and fitness levels.

There are a plethora of reasons why climbing is a good sport:

“Not only is it a low impact, but people like climbing because it’s a low cost sport and a full body workout. You’re not only using one or two muscle groups; you need your entire body in order to climb [up a wall],” Kaisar said.

Climbing also encourages problem- solving skills and thinking on your feet because “you can’t just grab onto whatever and make your way up the wall.” Instead of muscling through the course, “you have to think about where you are placing yours hands and your body to make it up the wall”, he said.

“You need to be in the right headspace to get to the top,” Kaisar said.

This is especially important for this competition because “you only have one attempt to make it up and then that’s it”, he added.

Where in most sports, winning and reaching the top might be the ultimate goal, climbing is “about progress”, Kaisar said. According to Kaisar, self-improvement is a big part of the sport.

“It’s not like you reach the point and you’re the best. You can always be better.”

1
The Grand is back
2
Downtown for the Holidays gets revamped
3
Embrace your inner elf
4
Sunfest returns: What to expect from this iconic London festival
5
The Forest City Film Festival makes its return