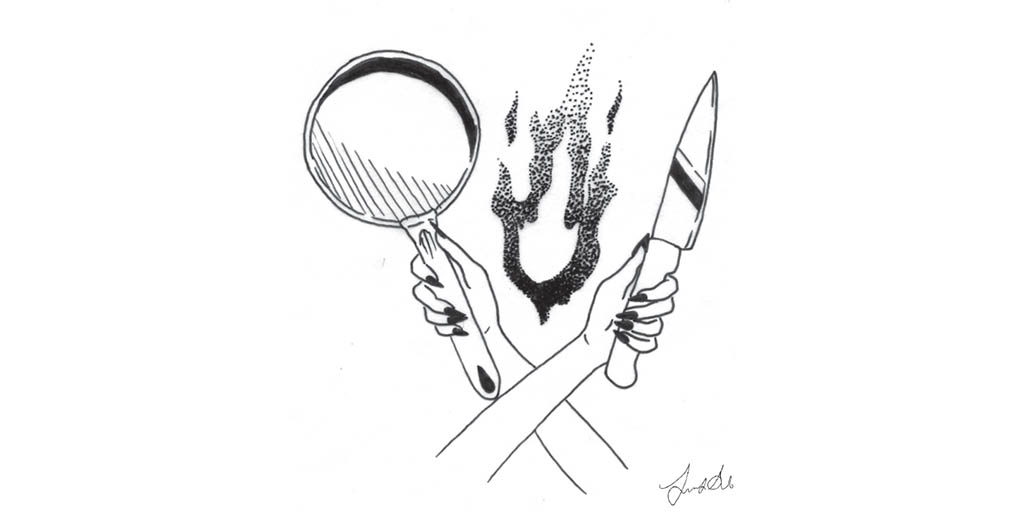 The culinary scene has never been better in London, thanks to the women behind the counter.

Tabitha Bartlett is the co-owner of La Noisette Bakery and Deli.

A graduate of Fanshawe’s culinary management program, Bartlett said she has always worked in the food industry, with her very first job working at a coffee shop.

While at Fanshawe she worked at a large chain restaurant doing prep, and after graduation she took on a management role. Bartlett said she decided to open her own business, with business partner Dave Coulter, a few years after.

Recently, Bartlett was featured in eatdrink magazine – a culinary magazine based in southwestern Ontario – named one of ten women making a difference in the London culinary scene.

[Being recognized] makes it worth it. […] I never started this to be rewarded, it was about doing something I loved and bringing people together with food,” said Bartlett in an email to Interrobang.

She said that while there are challenges to being a woman in the culinary industry, she has a strong support system.

“I have met a lot of very talented and strong women in this industry,” said Bartlett “I’ve made some close friends and each woman I have met or worked with has been a huge support to me. We’ve all shared similar struggles and we work to encourage each other and help as much as we can. This industry is hard and having the right people behind you makes all the difference.”

Bartlett said that in the past she has faced sexism in the workplace, but was able to remove herself from it.

“Luckily with Dave [Coulter], we see each other as equals and we tackle it all together,” Bartlett said.

Krista Trollope, the owner of Hey, Cupcake! had a different journey into the world of food.

The accountant-turned-decorator found herself between jobs 11 years ago. At the time, London didn’t have any gourmet cupcake stores. It was a time when cake-baking and decorating reality shows were on the rise. Trollope had always enjoyed decorating cakes and cupcakes as a hobby, but it wasn’t until some of her friends suggested that she start selling her work did she think of it as a business idea.

“When I got into this business, there was nothing like this on the market. Everyone was still in the grocery store mindset,” said Trollope. “Watching these cake decorating shows and just playing around with this stuff and learning, I knew I could do this and bring it to London.”

She started selling one or two a month from her house, eventually leading to a warning from city zoning. It was at that point that she knew she had to open a bakeshop.

It’s the ideal family business; Trollope does the decorating, her husband does the baking and her children work the counter. Trollope said that as a decorator, she has never faced any type of discrimination due to her gender, but being a business owner is a different story.

“Bakers are usually women, I have not found much difficulty as a woman in this industry,” Trollope said. “I’ve had more difficulty being a business owner and getting taken seriously. When my husband speaks to people, they treat him quite differently than if I say the same thing.”

Trollope was also featured in the same eatdrink article that Bartlett was.

“It’s very humbling [to be recognized by Eatdrink magazine]. It’s something that I love to do, and being recognized for something that you’re passionate about is great,” said Trollope. “It’s nice to hear that I am doing a good job, the validation is incredible because most days you just muddle through, not know how you’re doing.”

Trollope has made a name for herself, including donating cakes for one of Buddy Valastro’s live Cake Boss shows, making her hobby into a successful business.