Fanshawe College participates in Women in Communications and Technology celebration 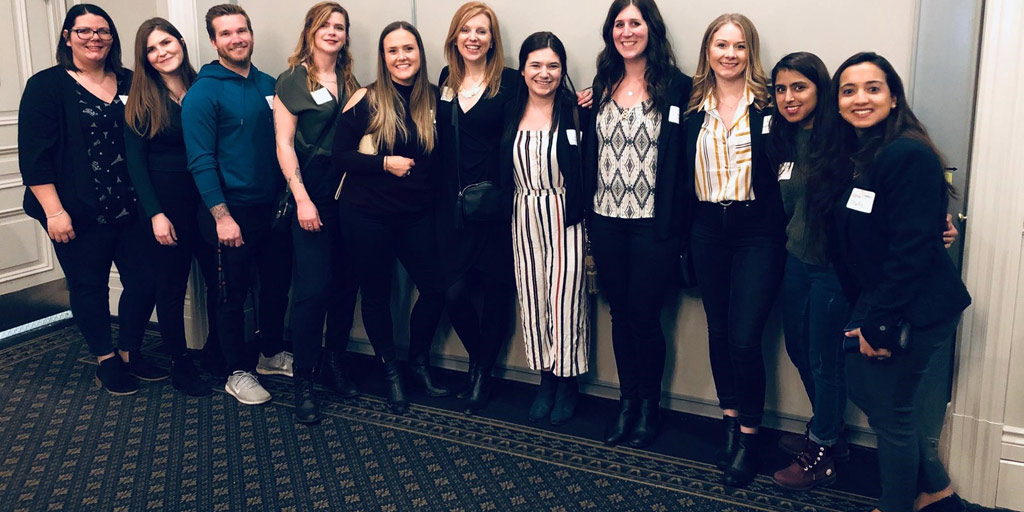 The event was with Women in Communications and Technology (WCT) and The London Club Speaker Series.

This event was a call for collective action in driving a gender-balanced world, because today’s girls and women are our future leaders, entrepreneurs, and change makers. The event featured two speakers, Rachel Ettinger and Dr. Lauretta Frederking.

Rachel Ettinger is a part of the Jeff and Rachel in the Morning with Backstage Ben on 97.5 Virgin Radio London. Straight out of university, Rachel did the morning show in Halifax, N.S. on Virgin Radio Halifax and then moved into her current role in London two years ago.

Along with working full-time, she is doing her MBA degree at Wilfrid Laurier University parttime. Rachel is also the creator of Here for Her, a social enterprise that aims to reduce the stigma around women’s health through awareness, education, discussions and charity work.

Dr. Lauretta Frederking, Vice-Principal and Academic Dean of Brescia University College took the stage in the latter half of the event.

Frederking took this opportunity to share tales of her 20-year journey and the hiccups that she’s had to overcome to get to where she is today.

In her previous role as Associate Provost at the University of Portland, Frederking served as a member of the President’s Leadership Cabinet and was responsible for many key successes at the University including but not limited to: new faculty orientation; centralizing initiatives that promoted attention to diversity and inclusion and academic regulations and exceptions. She was also Chair of the University Core Curriculum Committee.

All the proceeds of the event were given to My Sister’s Place in memory of former WCT London board chair and member, Jodi Orr. All the attendees of the event were also encouraged to bring a pair of new underwear for donation to My Sisters’ Place as these very basic necessities are often forgotten or overlooked but can go a long way in helping these women in need.

These students were able to make meaningful connections and listen to the stories of influential leaders who are making a difference for women - both locally and beyond. The event was inspiring and also refreshing, giving students an opportunity to learn from the finest in the industry.
International Women's Day Lawrence Kinlin School of Business Marketing Tech Women

Period poverty: What Londoners are doing to help women in need