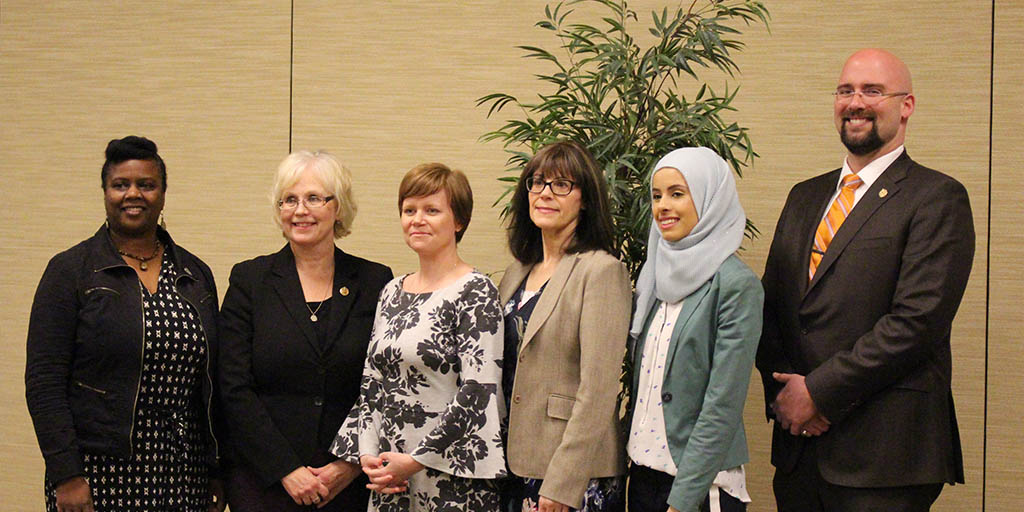 London’s three New Democrat Party (NDP) MPPs are continuing a female-focused award program, despite its cancellation by the Ford government.

When MPPs Peggy Sattler (London West), Teresa Armstrong (London-Fanshawe) and Terence Kernaghan (London North Centre) learned that the Ministry had cancelled the Leading Women Program for 2019, they decided to take over the initiative locally.

“From the government’s perspective, [the program] took nothing but a staff person’s time to receive and organize the nominations, then print out the certificates,” Sattler said at the conference. “For them to cancel a program that required almost no financial resources, but can make an enormous difference for women and girls, is just illogical.”

According to the three MPPs, Leading Women’s cancellation denotes the Ford government’s cuts or changes to programs impacting women and girls throughout the province.

Lewkowitz, who is the founder and chair of Women & Politics, an initiative focused on engaging more women with politics, said that the award raises awareness of gender-based gaps in Canada.

“The work that women do to break down barriers and create a fairer community for all can go unnoticed and is often uncompensated. An award like this celebrates that work and reminds us all that it is vital,” Lewkowitz said.

Sattler, Armstrong and Kernaghan said the award can go to women and girls showing significant efforts in leadership and acting as positive role models in London. Nomination applications for the Leading Women, Leading Girls, Building Communities Recognition Program are available at teresaarmstrong.com, terencekernaghan.ca and peggysattler.ca. Winners will be presented their awards during a ceremony held Thursday, April 25 at 7 p.m. at London’s Goodwill Centre.

The Ministry of Children, Community and Social Services did not respond to Interrobang’s request for a comment.
Awards Peggy Sattler Terence Kernaghan Teresa Armstrong Women

Some cooking timer wisdom: In praise of boring households