Everything you need to know about the Hindu Festival of Holi 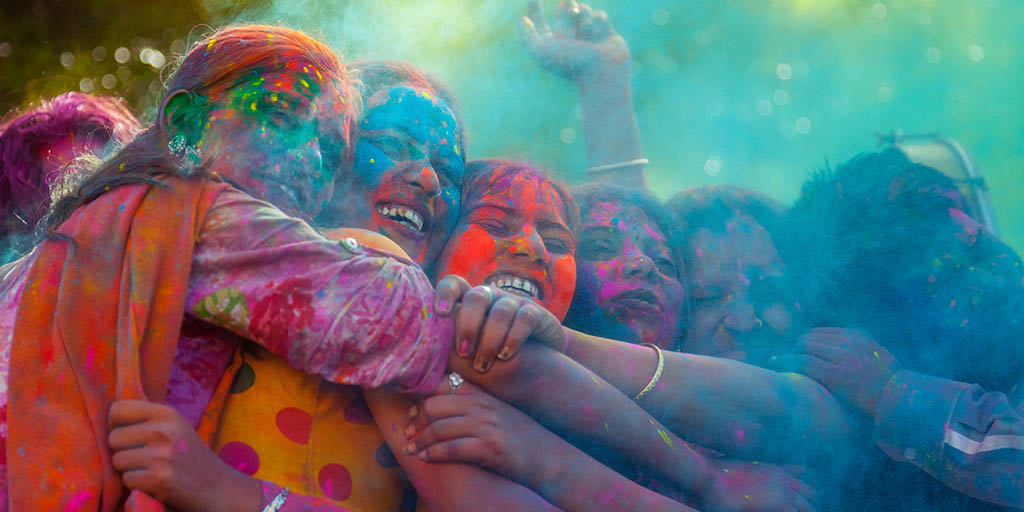 CREDIT: ISTOCK (MAMMUTH)
Holi is a celebration with a lot of colour, positivity and an overall fun experience.

Every year millions of people across the subcontinent of India, Nepal and around the globe come together to celebrate the festival of colours, Holi.

After all, who wouldn’t love a day filled with dance, music, food and laughter under clouds of technicoloured powder? Holi is a prime example of how cultures are now being shared globally.

Here are some interesting facts you should know about the ancient festival of colour.

Holi takes place on the last full moon of the Hindu lunar month Phalguna. This means it can fall anywhere between late February and late March on the Gregorian calendar, this year it’s March 20, 2019 and coincides with Indian winter’s transitions into pre-monsoon or summer season. The festivities mark the arrival of spring, fertility, harvest and new life. This festival also coincides with the Parsi (Zorastrian) festival of Jamshed-e-Navroz celebrated on March 21, 2019 to mark the season of regeneration.

So how did Holi came into being, you may wonder. It’s not clear exactly when Holi celebrations first began but they’re reportedly referenced in ancient Indian literature in the 4th and 7th century. Holi doesn’t have a singular significance. It is though tied to an array of stories within Hindu mythology.

In India, Holi is normally spread over two days. On the evening of the first day, Holika Dahan, wood and dung pyres are burned to symbolize the triumph of good over evil. The second day, known as Rangwali Holi, is the carnival of color. Millions, dressed in white primarily, take to the streets to throw fistfuls of coloured powder and soak each other with water guns. The traditional drink of Holi is known as bhang lassi, a yogurt drink mixed with a marijuana paste. The cultivation, sale, and purchase of cannabis is technically illegal in India, but various loopholes mean that consuming bhang, especially during Holi, is allowed.

Fanshawe Student Union will be bringing the festivities of Holi and Jamshed-e-Navroz to you on March 20, 2019. Holi will be celebrate at Merlin Field (just behind the FSU building) from 11 a.m. to 3 p.m. with colours, DJ and lots of fun. We will also celebrating the Persian New Year, Jamshed-e-Navroz, at the Forwell Hall from 4 p.m. to 8 p.m. There will be performers and a DJ to ensure you have a great evening. Mark your calendars and don’t forget to join us.
Hindu Holi Holidays India On Campus Events

Giving and receiving during the FSU clothing swap