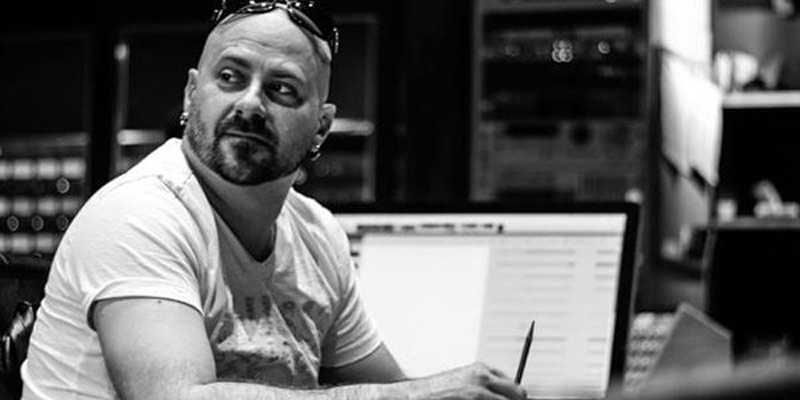 CREDIT: JUNOAWARDS.CA
Ben Kaplan, who graduated from Fanshawe's Music Industry Arts (MIA) program in 1998, will be receiving some well-deserved recognition at the 2019 Juno Awards in London ON.

It’s an exciting time of year for the local music industry with the annual Juno Awards coming to London, Ont.

This excitement was amplified with the announcement that Fanshawe Music Industry Arts (MIA) alum Ben Kaplan has been nominated for a Juno in the Engineering category for his work with Mother Mother on their single “Get Up” and “It’s Alright” on their Dance and Cry Album. Interrobang spoke with Steve Malison who is the Fanshawe Audio Post Production (APP) co-ordinator and a professor of MIA.

Malison shared fond memories of what made Kaplan unique and expressed his joy that the student has been so successful in the industry since graduating MIA in 1998.

“He was great. Really, really on it and wide, the guy could do anything…[ A] totally reliable guy,” Malison said, recalling Kaplan’s time as a student in MIA.

Malison went on to share how after graduating MIA, Kaplan decided to apply to Digital Applications a few weeks into the first semester of the program, which required him to work double time to get up to speed.

“He goes ‘Oh no problem I’ll catch up,’ and he did but he kept on going,” Malison said. “He ended up doing extremely well.”

This dedicated work ethic made Kaplan stand out from other students, so when renowned producer/ engineer Garth Richardson came to Malison looking for a couple assistants to work with him on the debut album for the heavy metal group Kittie, Kaplan was the first student Malison recommended.

Kaplan carried his professional attitude into the studio, which continued to impress those he worked with.

“He was great with everybody. You could just tell that he was so relaxed...It takes awhile to develop your client base but maybe that’s how it starts for people like him. It’s both sides, it’s both the tech side and the personal relationship,” Malison said.

Richardson took note of this positive work ethic and soon had enough faith to leave the assistant alone on sessions when he needed to leave the studio for a period of time.

“To leave a [audio post-production] diploma student alone in the studio with the group of players and trust him, that says a lot,” Malison said.

This relationship with Richardson proved to be extremely fruitful as Kaplan soon moved to Vancouver where the two worked together on a number of projects, eventually joining forces with other notable engineers to form Fader Mountain Sound Recording Studios.

“A lot of people trusted him. He was that good,” Malison said. “He always had, I think, that burning desire and the confidence to get in there and do really, really great work”

“You don’t get a Juno necessarily six months after you graduate. That was 21 years ago that he graduated, maybe it’s time,” Malison said, noting that this is actually Kaplan’s third Juno nomination in recent years. “Let’s hope Ben wins this time around,” he said.

Whatever happens, Malison said he acknowledged that the music industry along with many other industries continues to be saturated in Fanshawe graduates, recognized for their work in a number of ways whether it be the Junos, Geminis, Grammys and more.

“It’s always been about getting in great people who can do great work and who are not afraid to spread their wings a bit and get out of their comfort zone every now and then. I think that Ben has really done a great job at that,” Malison said.

It’s no doubt that Fanshawe continues to serve as a strong base for students in all industries, but Malison who believes that greatness cannot be taught, shares that it is up to the each individual student to use the knowledge they learn at Fanshawe, combined with proper work ethic and passion to propel them forward.

“I just think people who earn awards like that earn them on their own. They’ve had a good start, this place is a great place to start off anybody in any field,” Malison said. “You can build on that and learn how these people got to where they [are now]”.
Awards Fanshawe alumni Junos Music Music Industry Arts

1
London's scene has changed, but the music lives on
2
London earns title of UNESCO City of Music
3
Cultural almanac for 2023
4
Fanshawe fashion film gets big nomination
5
The art of making money as a musician

Five ways to understand and celebrate the diversity around you

Frostbiking: The joys of winter riding