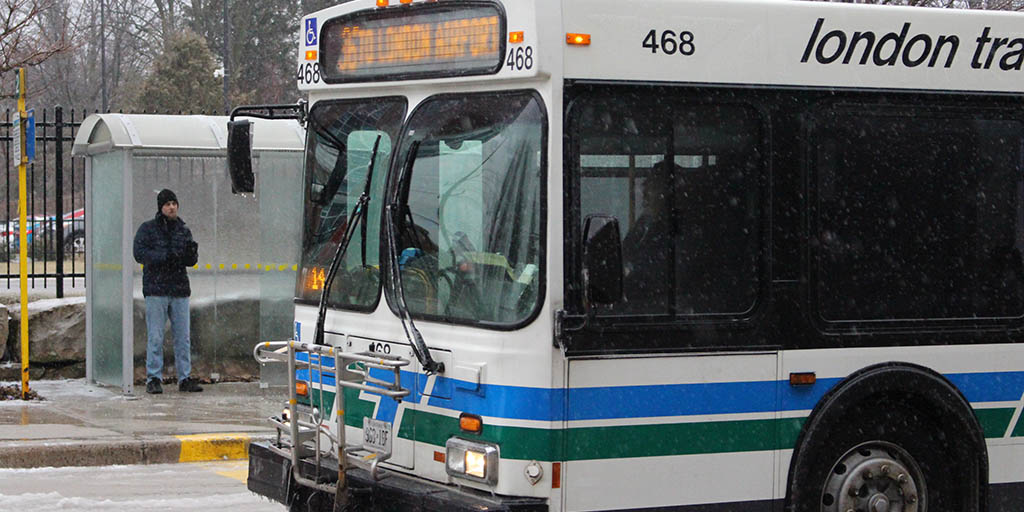 Credit: ANGELA MCINNES
Bus passes are officially safe from the Ontario government's new Student Choice Initiative, while the future of other "non-essential" services remains to be seen.

Merrilee Fullerton, minister of training, colleges and universities, announced in two separate Feb. 1 tweets that fees for existing transit passes are to remain mandatory for the province's post-secondary students.

“After hearing from stakeholders, it is clear that transit passes need to be considered mandatory under our Student Choice Initiative. Ontario students need to have access to campus, work, and home,” Fullerton said at first, with a following tweet giving further confirmation.

“I believe all students should have ready access to college and university campuses. Existing mandatory transit passes will remain so under our Student Choice Initiative. Safety of Ontario students is paramount,” she said in the tweet.

“On behalf of London, and on behalf of the entire transit industry in Ontario, it's something that we've been working with government to try and get them to change their mind on,” Paleczny said. “We believe that the existence of tuition pass programs are win-win.”

According to the FSU's website, full-time students pay a bus pass fee of $121.04 per semester. A daily bus pass would otherwise cost a total of $324 per semester.

Paleczny explained that the discounted rate is possible through cross-subsidization. If bus passes did become optional under the Student Choice Initiative, the LTC would either raise the cost of the fee, or sell passes to students on a monthly basis.

The Student Choice Initiative is part of a new Ontario Student Assistance Program (OSAP) framework announced in January, which also includes the elimination of free tuition for students from low-income families, and of a six-month repayment grace period.

Student groups reacted to the framework with opposition. Over 75 student unions nation-wide, including the Fanshawe Student Union (FSU), signed and sent a letter to Ford's government on Jan. 29. The letter urged for more consultation with Ontario student associations before going forward with the changes.

FSU president, Jahmoyia Smith, said that Fullerton's statements on transit passes have given her hope for how the Student Choice Initiative will eventually roll out, although she is still awaiting detailed guidelines from the government.

“I'm just holding my breath and being very optimistic about the process,” Smith said. “The fact that we put out a letter that was sent by 75- plus student unions really helped push the agenda for the bus pass. If we need to write 20 more letters to get our services deemed as essential, we will do that.”

According to a Jan. 17 press release from the Ministry of Training, Colleges and Universities, essential campus initiatives include walksafe programs, health and counselling, athletics and recreation and academic support.

Get swabbed, save lives at stem cell drive