A magical moment at Budweiser Gardens 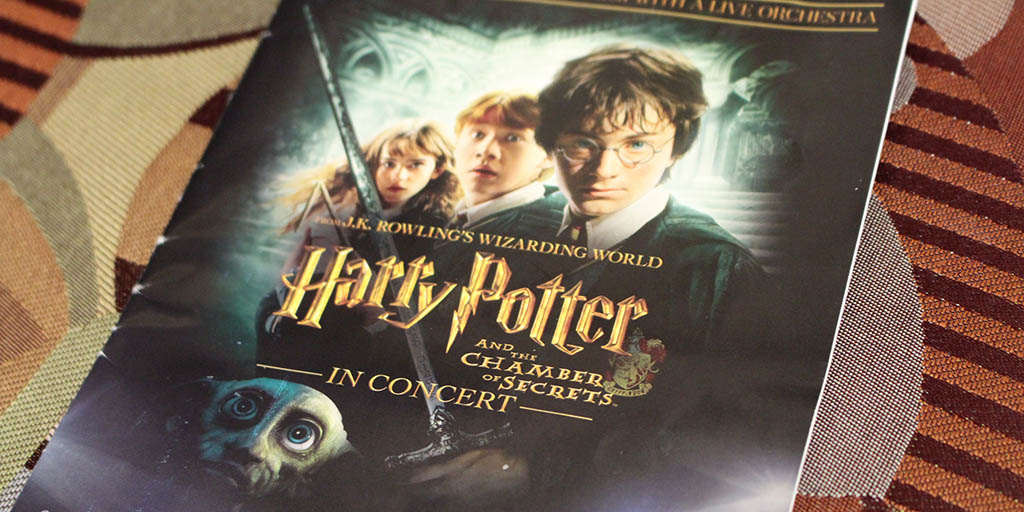 CREDIT: BUDWEISER GARDENS
Witches, wizards, warlocks and muggles made their way to Budweiser Gardens to not only watch the second film of the Harry Potter series on the big screen again, but also hear its score live performed by the London Symphonia.

Witches, Wizards, muggles and more crowded into Budweiser Gardens to take in the magical, wizarding and musical world of Harry Potter And The Chamber Of Secrets.

The second instalment of the movie franchise made its way to London (as did the first film, in 2018) and by the sounds of clapping, laughing and attention from the crowd, it was another success.

The premise of the evening, produced by CineConcerts, featured a screening of the film, but the positive catch is that instead of the film’s score (musical soundtrack) being played through the film’s speakers and from the screen itself, it was played live by the London Symphonia and conducted by Joshua Gersen. The composer of concert stage was John Williams, who was also the music director for the first three Harry Potter films.

Standing right, front and centre at Budweiser Gardens, Gersen waved his baton around from every angel, which was amazing to see how fast and slow he was able to go, with the Symphonia following his every wave.

The show itself ran for almost three hours, with an intermission that gave everyone a break to fully take in all that was happening during the event.

The event was unique and certainly one to remember. Though the arena wasn’t fully packed, there were a number of people of all ages in attendance, some all suited up in their Hogwarts house outfits of choice (Gryffindor, Ravenclaw, Hufflepuff and Slytherin), with their wands in hand.

Before the show began, Gersen spoke to the audience to let them know what this wasn’t like any regular show and that they were even free to fully take part in the show and have an interactive experience. This included not only watching the film and listening to the music, but also were allowed to cheer, clap and make noise when their favourite and not so favourite characters or scenes popped on screen.

Gersen went on to see who how many of each Hogwarts house fans there were, simply by naming each house (Gryffindor, Ravenclaw, Hufflepuff and Slytherin) and being drowned out by cheers after each one was called on.

Gersen even went so far as to jokingly being shocked about how many Slytherin fans were in the house, making a joke that the dark house is like America at the moment (clearly referencing it to the Trump era). This received quite a few laughs.

During the film itself, the audience did participate as Gersen has suggested and made notable cheers for a number of characters including  Professor McGonagall (Maggie Smith), Hermione Granger (Emma Watson) and of course Rubeus Hagrid.

As for the music itself, Gersen conducted the night away, moving quickly, which was mesmerizing. The Symphonia did an amazing job as well, capturing the very essence of the movie’s score with a variety of instruments.

From the moment the first notes of the Harry Potter theme song came on, the audience was entranced into the film and wizarding world of witchcraft and with the talented Symphonia playing song after song, they blended in so well with the film’s dialogue and were right on cue when a musical number was ready to be played.

As with the screening of the first film/musical adaptation, although Gersen and the Symphonia were extremely good with each and every note, this did however almost feel a bit problematic at times, since it felt as if the movie was the main attraction and people forgot live music was playing. It took a few times to remember to look down from the screen and see a number of people playing their instruments, rather than the notes be coming from the screen.

The ending of the film was where the Symphonia really shined as they gave it their all for the last number and chance to impress the audience.

Those who stayed during the credits were treated to a grand finale from the musicians where they played their hearts out and were able to truly have the audience’s full attention on them (and not the movie).

After the last notes were played and Gersen put down his baton down and relaxed his muscles, the crowd gave the talented bunch some much deserved attention and celebration, clearly impressed with what they heard and saw from the musicians.

Overall, the night was a success and to those who may have missed this second concert series, may have another shot with a concert instalment of the third movie of the Harry Potter series, which is in the works. Whether it comes to London is another story, but with a little magic, anything is possible.
Budweiser Gardens Harry Potter London events Movies Music