Polar Plunge asks students to freeze for the Special Olympics 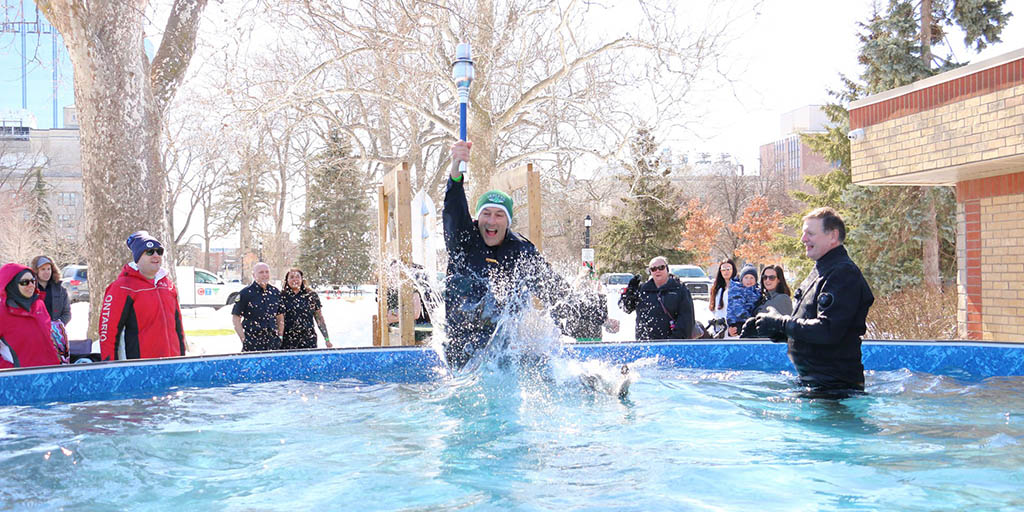 An outdoor pool will be set up in the outside courtyard and filled with ice-cold water for brave participants to jump in. A diver team will be nearby to assist them in exiting the freezing water. Funds raised through pledges and donations from the event will go towards supporting the Special Olympics.

Sergeant Derek Spence belongs to the provincial law enforcement torch run for the Special Olympics, which raises funds for programming throughout the year. He said he is hoping students and faculty will either take the plunge, sponsor a plunger, dare somebody to plunge, or throw out challenges to classes and faculty groups.

Spence said he has personally taken the plunge at previous events.

“It is amazing,” Spence said. “It’s a little intimidating when you stand up there and the cold wind is blowing on you, but once you’re in, it’s exhilarating.”

There will be two scheduled plunges on Feb. 13, at 3 p.m. and 6:30 p.m. Registration is $25, or participants can raise $25 in sponsors and waive the registration fee. Prizes are available to plungers who donate at various levels, but each participant will get an insulated mug to commemorate their courage on the chilly day.

This year, Spence is one of four Canadian officers going to the 2019 Special Olympic Games held in Abu Dhabi. They will be running the Flame of Hope throughout the entire United Arab Emirates over 14 days, then entering the opening ceremonies on March 14 to light the cauldron there and start the games.

“It’s very, very exciting,” Spence said. “There’s 96 law enforcement personnel from across the world doing this, only four from Canada, so it’s quite an honour to be selected.”

Spence said that only 50 countries have law enforcement torch runs, and last year they raised over 56 million dollars. These law enforcement agencies carry the flame of hope all year and have individual torch runs. London’s torch run takes place on Canada Day and finishes at the opening ceremony for the London Majors baseball season.

The torch run has taken place in Ontario for over 30 years.

Spence said the cause helps him cope with the freezing temperatures during the plunge.

“Once you spend time with Special Olympic athletes and their families, you realize that this is probably the most inspiring group of people that you’ll ever come across,” said Spence. “If there’s anything we can do to help make their lives better, and the Special Olympics definitely enriches all the lives of all the athletes, we’ll do whatever we can to help out such a great cause.”