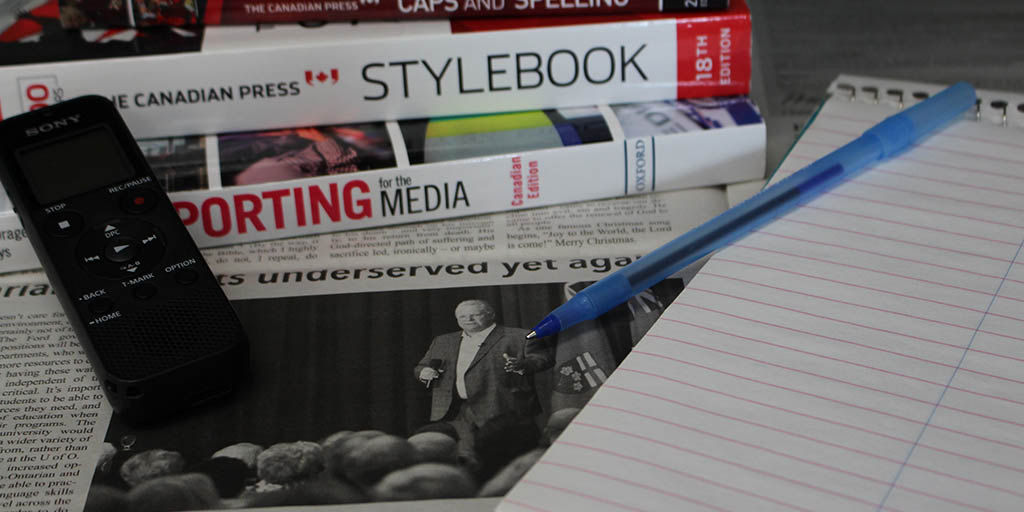 Credit: ANGELA MCINNES
The new Student Choice Initiative means the future of student media, and many other student services, is uncertain.

Ontario students are saying the Ford government’s new Student Choice Initiative is placing campus journalism in peril at many colleges and universities.

The fees also cover the cost of on-campus newspapers and radio stations. With their funding potentially on the line, some student journalists are left wondering what the future holds.

“Whether or not students pay their fees is really unpredictable,” said Gabrielle Drolet, opinions editor of Western University’s newspaper, The Western Gazette. “If they don’t, that means we don’t have the funding to pay employees even small honorariums, front office members, equipment, a space to rent, and everything that makes a student paper run; printers, ink, the payment for a website – that’s all gone.”

According to a press release issued on Jan. 17 by the Ministry of Training, Colleges and Education, students pay up to $2000 a year in additional fees that pay for student handbooks, non-related student organizations, or club fees. It said the Student Choice Initiative ensured transparency.

However, Drolet said that the tone in The Gazette’s office has been grim ever since the announcement.

In a statement released on Jan. 17, The Canadian University Press, a non-profit newswire co-operative of national student newspapers, said it was disappointed in the Ford government’s decision to open the possibility of defunding Ontario’s student publications.

“Most of our member papers rely on student fees to fund their work. Without access to this funding, Ontario student publications will not be able to operate,” said CUP. “Their important role of holding governing bodies, whether student unions or university administrations, to account will go unfulfilled.”

Backing CUP is the Communications Workers of America (CWA) Canada association, who in their own Jan. 24 statement deemed the Student Choice Initiative a “direct attack” on its student members and on journalism around the province. It said that through the initiative, the government was seeking to undermine CUP and the Canadian Federation of Students Ontario, who play a key role in holding school administrations and the provincial government to account.

“In the era of fake news and with the decline of local news reporting, these organizations are as ‘essential’ as ever,” CWA Canada said.

On Jan. 25, Ryerson University’s student newspaper, The Eyeopener, published images of credit card receipts revealing $250,000 in unexplained spending by its student union. The story was rapidly picked up by national news outlets.

In a Jan. 26 tweet, Premier Doug Ford commented on the story, saying, “I’ve heard from so many students who are tired of paying excessive fees, only to see them wasted and abused. That’s why we’re giving students the power to choose to pay for the campus services they actually use.”

Drolet said she couldn’t help but notice the irony.

“I think that it’s very ironic that he tweeted that without recognizing that without that paper, that story would never have broken,” she said, adding that campus papers often cover smaller-scale stories that bigger outlets don’t have the resources for.

“Without student media, I genuinely don’t know how important stories are going to break, and I don’t know who’s going to be holding any officials accountable, whether they’re student government or provincial government or federal government,” she said. “Anything that impacts students, students should have the means to write about.”
Doug Ford Journalism Media Newspapers Student Choice Initiative

1
Cheyenne Dockstader - Taking the opportunity to challenge myself
2
Angela McInnes - Everything happens for a reason
3
Hannah Theodore - Finding certainty in uncertain times: a reflection of the past year
4
Skylar McCarthy - What I learned through this COVID-filled year
5
Ilhan Aden - A year of truth

The Out Back Shack to host Bob Marley Birthday Bash